There is always so much speculation on being the other woman and what comes with that title. 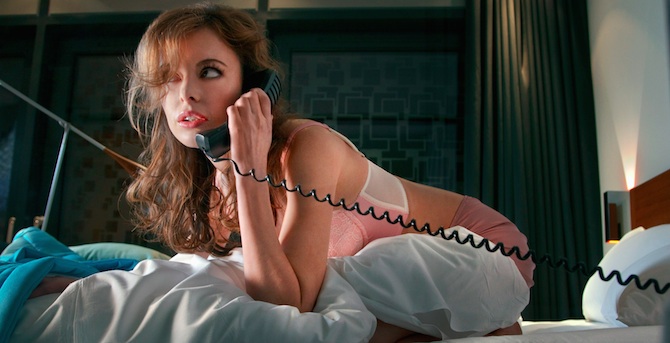 For some, it’s a stigma and for others, it’s a comfortable way of life. What exactly does being the other woman mean? The other woman is someone who is dating or seeing a married or engaged man. Let’s call her the sidepiece, or the number two.

She is not the number one woman in his life, but rather, a person who is there to satisfy certain “needs.”

The other woman may or may not know she is the other woman initially, and once she finds out, it is up to her to either cancel the arrangement or be satisfied with the current situation.

How do these situations happen? Knowing & Not Knowing

For those who unknowingly become the other woman, they could meet in a number of public places and strike up a conversation that leads to more. If the man doesn’t have on a wedding ring and says he is not married or separated, then he is intentionally leading the woman on and she inadvertently has fallen into the trap of being the other woman by no fault of her own.

There are other situations where women are comfortable being the other woman and seek out wealthy, married men who can give them a better life.

This is very popular and convenient for those women who don’t want the attachment of being married, and enjoy the thought of having someone else’s man. Trips, clothes, jewelry, cars, homes and so many other perks are often attached to this lifestyle so it can seem very attractive and lucrative for women who want these kinds of things and are willing to compromise to get it.

How to Become the Other Woman

There are a number of factors involved. Often these relationship are based purely on superficial factors; things like smelling good, looking good and keeping in tip-top shape.

For most guys who have another woman on the side, sex is at the top of the list of importance for them. Many of these women know how to keep it spicy and go to great lengths to keep their man satisfied.

Some of the ways they push the envelope:

They know what buttons to push and how to make the man think of them even when he’s with this wife or significant other. These are the women that excel in the bedroom and often get whatever they want because of it…well except a close monogamous relationship.

There are cons in this situation too however. Being the other woman can prevent you from finding the right man to settle down with. There are many women who have been the other woman and years later regret it.

If something happens to your ‘sponsor’, unless you were prudent with the funds or have everything in your name, you will walk away with nothing.

If your home or cars are still being paid for, the wife can easily recoup her losses and take everything once she finds out about you. So while it can be rewarding in the short term, it can also be a humbling and tricky experience.

Are You The Other Woman…But Don’t Know It Yet?

For those women who weren’t aware they were the other woman, they are put in a crazy situation. If they have developed feelings for the man, it can be very difficult to just let go.

The question is…how do they deal with this problem? Do they call the wife or partner?

In these instances, there are a number of things that can happen. When it’s been discovered that the man is cheating, and lying, some women will simply not buy into the dream and just walk away.

Other women feel that they have been wronged and will call the wife or partner to let them know. This causes hurt and confusion on both ends, but is inevitable if the man had every intention of living a double life.

For women that are unaware they are being the other woman, there are signs that may give away his behavior:

This may be a difficult situation after finding out you have been the other woman, but it’s also a lesson in empowerment. From the moment you find out, you usually hold all the cards – especially if he has feelings for you.

It is at this moment you decide whether or not you want to remain in this relationship or go be with someone who is unattached and free to have a committed relationship without boundaries.

However the advantages of being the other woman can outweigh the negatives for some. You alone must determine when you should or shouldn’t be the other woman.

These are just a few reasons, but they all point in the same direction: commitment.

Married men, although they may say they are leaving, usually don’t. If you walk into a situation knowingly, you should never expect him to leave. Some do, but only in very rare cases. If you were unknowingly in a situation with a married man, take it at face value, but do not compromise your standards. If he lied about it once, then there are probably more lies to uncover.

One of the most difficult decisions you may have to make being the other woman is knowing when to break it off.

In both situations, there are signs that it’s time to go. For the woman who is knowingly and willingly in the situation, when the arrangement becomes a burden, abusive, or his wife is aware and has started calling or stalking you, it’s definitely time to throw in the towel.

If you start wanting more, or are desiring to have the person with you all the time as if you were married, then you are changing the rules of the arrangement which could also be problematic. When this occurs, it is time to break it off. There is no financial reward that can take the place of self-preservation.

When the situation no longer works in your favor, the relationship is done.

For those women who have been tricked into believing their relationship was genuine, breaking it off may be difficult, but those signs are more obvious. If you find out he’s married and want a real relationship that will lead to marriage, it’s time to break it off. You obviously can’t marry a married man.

For some, being the other woman may be fun and exciting. Again, there are many perks associated with dating a married man if he has money to burn, but most likely, you won’t be happy in the long term, and you will be inadvertently hurting an entire family in the process.

The longer the relationship lasts, the more feelings will get involved. Most women are emotional creatures, and eventually want more. Long term, this arrangement probably will not work. Knowing your limits and boundaries is key in making it work for you.