You found the perfect guy in your social circle. He’s cute, funny, shares common interests with you, and even likes cats. You want to date him more than anything else in the world, but he seems pretty oblivious to the fact that you should be planning your future marriage already. 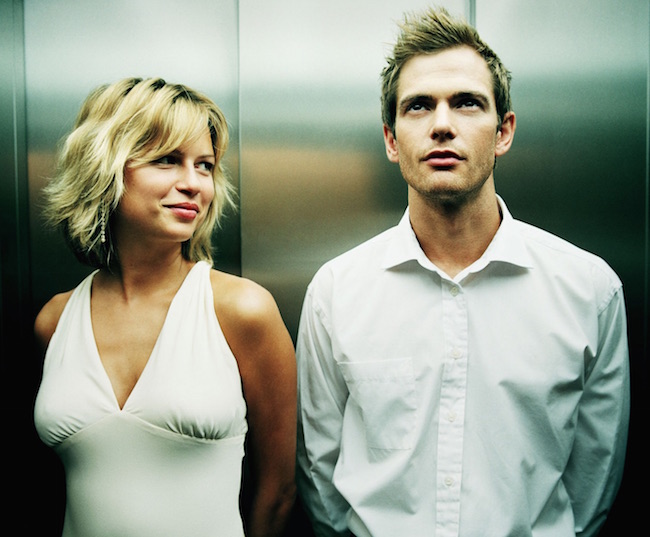 It’s time to figure out a foolproof strategy on how to get a guy to ask you out, and when to take the initiative yourself if he still isn’t getting it. Try these ideas…

1. Get Involved in His Hobbies

One of the sexiest things for men is a woman who shares his hobbies, or at the very least is interested enough in him to be supportive of them. You don’t want to fake interest in a hobby that makes you want to pull your hair out, but you can learn enough about it to hold a conversation with him about the things he loves.

Getting a guy to ask you out is much more likely if you have a lot in common, so don’t be shy about showing your interest or passion for a particular hobby, even if it’s typically considered a guy-centric activity. You get great insight on your guy when you see him doing things he’s passionate about.

More awesome tips on attracting and keeping him attracted in this guide.

2. Don’t Set Yourself Up as One of the Guys

Some women get looked over as dating prospects because he considers them one of the guys. You might be doing your best to fit in with the crowd and you probably don’t want to be overbearing or pushy, and you downplay your femininity because you don’t want to come off as desperate.

It’s far too easy to make it impossible to get him to ask you out if he perceives you as the same as all his guy friends. Make it apparent that this isn’t the case by standing out from the crowd. Dress up (tips here), pull out the fancy cosmetics (tips here), and make it clear you’re there for more than just social time by flirting with him (tips here and more here) and making sure to build sexual tension (tips here).

3. Arrange Ways to Spend Time Alone with Him

If you developed your interest with your latest crush in a group setting, it can be hard to truly get to know him if you only ever see him when he’s surrounded by his friends. When he’s around the guys, there’s obviously going to be some natural competitiveness going on. Start figuring out ways to get him alone so that you can better determine whether you want to pursue a potential relationship, or if he’s actually a bit of a dud.

You can suggest going out for desserts or coffee after the main social group heads home for the night, get him in a 1 on 1 conversation about the awesome band you’re going to go see, or talk about how you have nothing to do on Friday. Sometimes, learning how to get a guy to ask you out is simply making him aware of an opportunity and waiting to see if he takes advantage of it.

When you are alone, then you can start trying to seduce him using some of these 15 seduction tips.

4. Hint About Your Attraction

You can get him to ask you out by hinting about your attraction to him. Most guys don’t want to come off as creepy or rude by assuming that you’re into them, especially if you’re part of the same social circle. Guys can also get hit hard by rejection, even if they pretend to shrug it off. They often don’t want to risk it unless there’s a decent chance that their efforts will be rewarded.

Compliment his appearance, spend time talking to them via text or instant messaging (some great flirty text message examples here) after you get their details, and try light touches on the shoulder or arm while you talk to them to hint about your attraction.

Body language is another key on how to get a guy to ask you out. You don’t have to be as overt as sitting in his lap to give him an idea that you might be into him.

Instead, make lots of eye contact, lean towards him as you talk, and be physically close to him when you get a chance. If you spend lots of time making incidental contact, even the most oblivious guy will start to take the hint that you’re into him. Pay attention to his body language as well. Even if he’s not consciously aware that you’re sending out signals, chances are he’ll give away how he’s feeling (at least partially) through body language.

You can learn 10 more powerful tips on making a guy want you from this guide here.

If you aren’t sure if you can get him to ask you out, or you still aren’t sure if he’s attracted to you, try organizing something low pressure and laid back. Keep it one-on-one, since he may be too shy or nervous to make a move in a group setting.

Think coffee, a trip to an eccentric shop in town, or a store catering to one of his hobbies. Even if he doesn’t ask you out on a proper date in this situation, you get a good idea of whether he’s into you. If he doesn’t seem interested in a one-on-one hangout and wants to keep everything together with your social group, it’s probably a good time to move on to your next crush. If he’s all about hanging out with you personally, getting a guy to ask you out won’t be too hard.

If you’re wondering what to do on your date, check out these date ideas.

Take the bull by the horns and choose specific days that work for plans.

If you say something open ended such as “it would be great to hang out sometime” you come across as wishy washy and noncommittal. He doesn’t know whether you’re interested at that point and will most likely interpret this as a mixed signal. Make it easy on him by giving specific days and times you’re free.

Take it a step further by suggesting specific activities to check out, such as a great live music event or a new restaurant in town everyone’s raving about. If you share a mutual interest and there’s a meeting or get together for that hobby, suggest going together. By making it clear you want this get together to happen, you will pave the path to get him to ask you out. (15 more sensational tips on making him fall in love with you here).

If you’re tired of waiting for him to get the hint, and he seems like he’s not going to figure it out himself unless you drop a brick wall on him, then let your friends be that brick wall. If you have mutual friends, see if they’ll put in a good word for you or outright ask if he’s interested.

They can also arrange time for you two to be alone together even when you’re all out as a group, such as shuffling your friends to the other side of the show or excusing themselves to the restroom en masse. The big advantage to this method is that, while it is an indirect method of asking him out, you also soften the blow if he’s not interested. You didn’t put yourself out there directly, so it’s easier to handle that kind of rejection.

It also makes it a lot easier to remain friends with him if it turns out he’s not interested. Here’s 18 more tricks you can use to make your crush addicted to you and ask you out

9. Ask Him Out Yourself

Sometimes getting a guy to ask you out is like pulling teeth and you have to handle it yourself. While it’s often flattering to have the guy ask you out, there’s an awesome feeling of power when you do the asking. It’s also uncommon for many guys to be on the receiving end of a date request, as society dictates that men are ‘supposed’ to do the asking. It’s a role reversal that’s intriguing to many guys on a few levels, helping up your chances of success.

When you get to the point of wanting to ask him out yourself, don’t beat around the bush. Chances are, you tried hinting and he wasn’t picking up on it. It doesn’t have to be a big scary ordeal, even if it’s something that’s not a normal circumstance for you.

The best things in life often require you to step out of your comfort zone, so tell him you like him and suggest a day, time, and place for a date. Even if he says no, you avoid wondering what might have happened if you never asked and he never took your hints.

Getting a guy to ask you out is as much of an art as it is a science. You can’t always guarantee that Mr. Right is going to realize that you have the hots for him or be attracted to you. When you follow these techniques, he’ll at least have a crystal clear understanding that you want to date him so you won’t play “what if” for the rest of your life. If he doesn’t share your belief that you are the best couple in the world, there’s plenty of other fish in the sea to pursue and you can use your newfound skills to make it easier on your next crush.

How To Get Rid Of A Hickey – 12 Powerful Remedies
How To Flirt With A Guy Over Text, 9 Tricks and Tips