It might seem absurd to lump all men into one category and say that they all have the same reasoning behind their behavior. But when it comes to certain behaviors, men generally think alike. 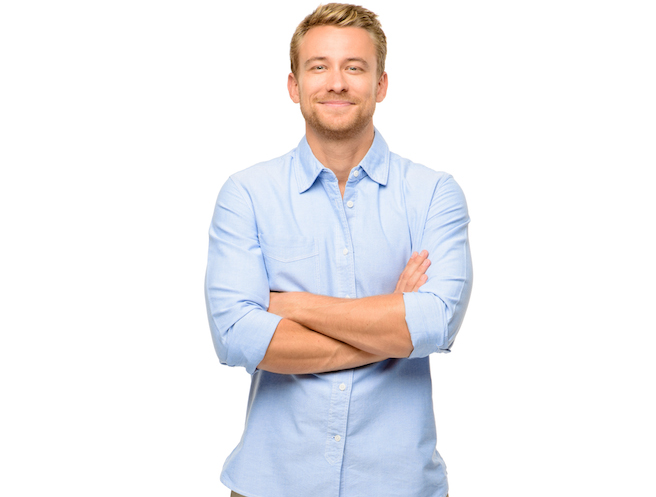 Get ready for some generalizations…that are actuall pretty spot on

Sure, there may be some slight variation, or there may even be a minority of men who flat-out disagree. But generally speaking, the following explanations will help you learn how to understand men in the most common scenarios where men and women often don’t see eye-to-eye.

And if you think I’m wrong, please let me know in the comments…

Sports can be a divisive force in many relationships, which is how it’s come to be a such a cliche of “things couples fight about.”

So what does it mean if he turns down a date night because a big game is on? Unless it’s your anniversary or some other extra special occasion, you have to begin by realizing that there will be nights when your man just wants to hang with the guys and watch “the game”.

This doesn’t mean that he doesn’t love spending time with you, or that he’s bored, but just because watching sports for guys is a way to blow off steam and take part in some much-needed male bonding time. If you’re not genuinely interested in sports, don’t feel obligated to develop an interest or to join him in sports-related activities.

Also, don’t be surprised when he isn’t too crazy about the idea of you joining the crew for a game. It’s healthy in a relationship to have separate interests and to spend some time apart.

2. Checking out other girls

There’s a fine line between a curious glance and mouth-open ogling.

If you catch your man doing the latter, it’s perfectly reasonable to call him out on it. But if he’s just doing an innocent once-over, truly understanding men means you can’t fully blame him. Just because you’re in a relationship doesn’t mean that you are no longer attracted to the opposite sex. And let’s be honest, ladies: can you really say your eyes have never wandered?

Like when that super hot guy at the gym wipes his face with his shirt? It’s totally natural to still find people attractive, and as long as you both know where to draw the line, it’s harmless.

3. Flirting with other girls

While these flirting tips will help to get you into a relationship in the first place, flirting can be a little more iffy when you’re in a relationship.

You and your partner definitely need to have a talk at some point about what’s appropriate and what’s not. However, a fundamental part of understanding men is understanding why he flirts in the first place. Just like women, men also crave reassurance in their attractiveness.

This doesn’t necessarily mean that you don’t give him enough love or attention, but just that he wants to make sure he’s “still got it” with women who aren’t his loving girlfriend.

One of the first barriers you’ll face while learning how to understand men is understanding what would ever make him think he should wear those shoes with that shirt.

It’s all the more frustrating for women who are naturally more inclined to follow trends and shop regularly. For men, fashion just isn’t a priority. Sure, they like to look good, and every man should be concerned about basic hygiene, but guys will wear a mismatching outfit or the same outfit three dates in a row without batting an eye. It’s not their fault.

It just means he needs you around to keep him in check and force him into the mall at least once a month.

Unfortunately, men can be pretty clueless as far as tact is concerned.

More often than not, you’re perfectly justified in calling him out on being insensitive, but you should try to be a little more understanding when he says that he didn’t mean for his thoughts to come out that way. Men usually don’t have as many social skills as women, and the skills they do have are catered mostly to his interactions with other men.

So if he ever comes off as blunt or insensitive, it could be mostly just because that’s how he talks to his boys. If you want to learn how to understand men, you have to start with open communication and a willingness to talk through something that might not have sounded too good the first time.

You’ll find some great tips on talk dirty to your man in this instructional video.

7. Falling short on the romance

Romantic comedies have misled all women into believing that every guy is as creative and romantic as Ryan Gosling in just about every film he does. The problem with the media is that it claims to have the answers for how to understand men, when reality is often much more complicated.

If you want your man to make you feel like that lucky leading lady, you’re going to have to drop some serious hints. For example, if you come across a news article of a super adorable proposal or anniversary celebration, forward it to him with something like “Aw what a great boyfriend!” But like I said before, guys are dumb, so you might need to be more direct with him and just straight up tell him what you need. Or you could point him to this article.

You can also plan a romantic night together where each of you gets to plan your own sexy surprise, like an oil massage or a bed covered in rose petals. This takes some of the pressure off of him to cover all of the romance on his own. If you want to have more romantic sex, this guide will help.

Once you get past the honeymoon phase, you might notice your man start to get a little more “comfortable” around you. He might be less discriminate about farting or burping in front of you, and might start using the bathroom with the door open.

Although it’s a good sign that your partner feels so at home with you, it can take a toll on your sex life if you see him on the toilet one too many times. You don’t want to make him feel too uncomfortable or restricted, but make sure you tell your boyfriend that these kinds of things not only make him less attractive, but also make you feel less attractive and desired as well.

This sort of goes along with the lack of romantic ideas, since men tend to be a lot less detail-oriented. One of the hardest things for how to understand men is to realize that if he forgets something important, it doesn’t mean he doesn’t care. Sometimes men get sidetracked, and they’re often not used to balancing their busy lives with planning parties or special gifts for their friends and family members.

If he can barely remember to buy his mom a card for Mother’s Day, then it shouldn’t worry you too much if he blanked on your birthday.

Whether it’s doing dumb dirtbike stunts with his friends or drinking way too much at the party, men are often more prone to these kinds of risky behavior than women.

Part of this has to do with the way men are socially conditioned to adopt masculine ideals, which include seeking adventure and even danger. Although it’s healthy to indulge in some danger every once in a while, make sure he knows what counts as crossing the line.

As much as we try to overcomplicate the male mind, the truth is that understanding men is actually pretty easy. The most important thing that you’ll have to do is stop overanalyzing his behavior and his words. For the most part, men say exactly what they mean, so try not to freak out thinking his boys night out is an excuse to get away from you.

Although he might be simpler than you think, it’s important that you and your partner communicate regularly to make sure nothing is lost in translation.