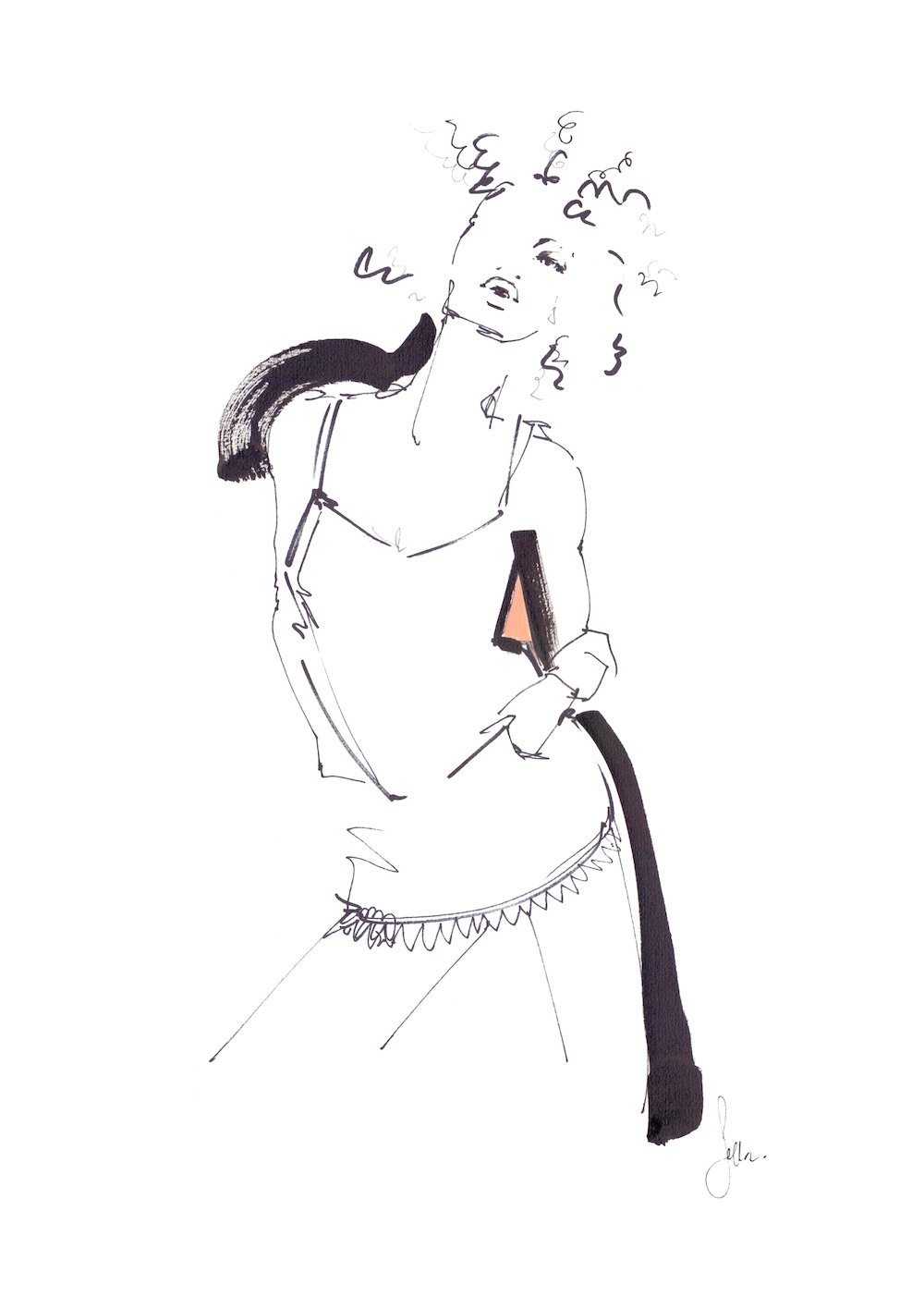 This study also found that women were wary of spreading word about their sexual activities, so they were more likely to have sex with friends and people they already know rather than with friends of friends who might be in the larger overall black network.

Finally, while people who engage in this activity were likely to keep it secret from all but a few of their closest confidantes, competition (often in the form of mastering larger items) thrived within the community of other sounders, and this brings practitioners enjoyment.

3. Threesomes Can Be Good For A Relationship

The interviews also revealed that condom usage was prevalent: 79% of the people. And it was most common in those having sex outside of a relationship.

4. Straight Women Turned On By Both Men and Women

5. Gay Segregation: Gay Men and Women Live In Separate But Adjacent Communities in Melbourne and Sydney

Finding: Scientists analyzed data about the neighborhoods where same-sex couples — both male and female, live in the largest urban centers of Australia: Sydney and Melbourne. The data shows that while same-sex couples tend to live in communities and those communities are close to one another, they remain segregated. Researchers attempted to isolate reasons for this separation without much success. However, male same-sex couples may reside in places with fewer children and greater land use diversity.

However, the researchers recommended more work to make connections between attachment style and risky sexual behavior.

Finding: In a study of 83 undergrad students, half of whom were currently in relationships, researchers inquired whether behaviors counted as cheating in a relationship. The list of 34 items contained those that were explicitly cheating (physical sex, kissing, showering together, etc.), those that could be ambiguous (gift giving or taking a road trip), and deceptive behaviors such as texting or sexting someone else without their partner’s knowledge. Respondents rated each item as between “never considered cheating” and “always considered cheating.”

Finding: Scientists recruited participants who had been in relationships for at least three years to ask questions about relationship and sexual satisfaction. Participants were an average of 34 years old and had been in relationships for an average of 9 years.  Researchers sent the same survey to both partners.  202 couples participated in total with 80 couples participating in a two-month and four-month followups. One of the 80 couples dropped out.

Because the long-term results were shorter (up to four months) than other studies, scientists suggest that sexual satisfaction may become a more important predictor of relationship satisfaction in longer relationships.

9. Spanish Students Fear Reaction From Peers If They Are/Believed to be Gay

Finding: A study of 128 tenth-grade students from Spain attempted to describe homophobic attitudes and behaviors in their peers as well as teachers. 97.6% of students believed that a teacher’s ability to teach was more important than their sexual orientation. A majority of students had witnessed negative behaviors toward queer students, including insults, mocking, rumors, and physical assaults. 63.3% of the students thought gay students were treated less fairly than everyone else.

Girls were both less likely to engage in negative behavior toward gay students and less likely to be on the receiving end. However, 32% of students feared rejection by their peers if there were or were believed to be LGBT, and another 6% worried about physical assaults. While 18.7% of students felt they would be supported by their friends if they were gay, girls were more likely to feel supported (72.2% versus 41.1%). 20% of students also felt that family members would attempt to change the students if they were gay.

Finding: Scientists predicted that religious (Orthodox Jewish) would exhibit more compulsive sexual behavior, including intrusive sexual thoughts, than their peers, and a study of 371 religious students and 290 secular students confirmed this. Religious participants also reported higher levels of anxiety and depression than other students. The difference was non-significant for depression and slightly significant for anxiety.

A second study of 350 religious and  172 secular students determined that while compulsive sexual thoughts and behavior were higher for religious participants, they didn’t report higher distress, but their well-being was lower than secular ones.

Finding: A survey of 7,032 college students looked at rates of desire, consent and pleasure during sober, drinking-but-not-drunk, and drunken sexual encounters. As alcohol intake increased, participants reported wanting the sex they had less. 1.3% men, and 3.1% women still engaged in unwanted sex when they had a little to drink, rates similar to the sober group. Those rates increased for drunk students to about  5 – 8% of men and 4 – 6% of women who engaged in sex even though they didn’t want it.

Both men and women were less likely to enjoy sex with casual sex partners rather than regular partners. Men who reported as asexual or gay also experienced less sexual pleasure while women who were confused about their sexuality also experienced decreased pleasure levels.

14. Chinese Women More Likely to Use Condoms During First Sex

Finding: An examination of the sexual activities of 901 Chinese drug users 504 men and 397 women) revealed that women were more likely to use condoms than men during their first sex (18.8 versus 10.7%). Researchers also found that 28.2% of female drug users had used drugs before the age of 18 while only 12.6% of men had. However, 40.3% of men were more likely to have had their first sex when they were 16 or younger while only 25.6% of women lost their virginity at or before the same age.

16. Men and Women Have Sex For the Same Reasons — Mostly

Finding: A sample of 4,655 people were surveyed about their motivations to have sex. The results were split by age group: younger than 18, 18 to 22, 22 to 55 (60% of the respondents), and older than 55.  Three reasons for having sex occurred regardless of age or sex: it’s fun, it feels good, and I wanted to experience physical pleasure. Of those, “It’s fun” or “It feels good” ranked at the most significant reason for every group.

Researchers did find differences based on age and gender, however. Women, especially older women, were more likely to engage in sex for emotional reasons such as desiring closeness or showing affection. Women were also more likely to have sex for self-esteem reasons than men while men focused on physical reasons as well as stress relief. The 18-22 group of men was most likely to be motivated by love or commitment.

The survey found that as men and women age, physical attractiveness becomes less important, and they’re more likely to have sex for emotional reasons. While older participants rated sex as more important, they also described it as less satisfying.

Moderate drinking (1-3 drinks per day) correlated with a decrease in erectile dysfunction, but this wasn’t true for men who had more than three drinks per day.

Finding: A study examines the sexual frequency of 460 couples who were trying to conceive. Researchers found that couples who had sex more than nine times per month were younger and that an increase of one year in a man or woman’s age correlated to a decrease in frequency of 2.5. Interestingly, if the woman had a high school education or less, the couple had sex 34.4% times than a couple where the woman had more education.

While rotating shift work decreased sexual frequency by 23.1%, other schedules didn’t affect the rate of sex. Furthermore, a man who exercises corresponded to an increase in frequency of 13.2% with maximum frequency if the man exercises 3-4 days per week, but a woman who exercised didn’t increase rates of sex. There was a decrease of sex by 26% if the man experienced anxiety or a  mood disorder, but the same wasn’t the same for women with mood disorders.

19. PTSD Increases Pain During Sex But Doesn’t Decrease Arousal or Orgasm in Women

Finding: A study looked at three groups of women: 103 women with PTSD who experienced abuse before age 18, 32 women who suffered abuse before 18 but without PSTD, and 52 women without either abusive histories or PTSD.

The group of women who had been abused and had PTSD was less likely to be heterosexual (31.3% bisexual and 6.3% lesbian). While only 3.1% of abused women without PTSD were bisexual, 81.3% of that group was straight.

The survey found that women with PTSD were more likely to experience sexual aversion, pain and lower levels of sexual satisfaction than those women without PTSD. However, they experienced similar levels of arousal and orgasm as the other two groups.

20. Vaginal Stimulation Experienced As More Pleasurable for Women Satisfied with Their Relationships, More Painful for Women Who Aren’t

Finding: Researchers investigated how women in college chose partners when condoms were readily available and not available. The study found that students were more likely to choose less-preferred but more available partners when they had access to condoms and suggest that access to contraceptives aids impulsive partner choosing.

The study also found that risky sex behaviors correspond more closely to a person’s difficulty to delay gratification than their propensity to take risks.

Women in Relationships With Other Women More Likely to Orgasm

Only 3% of women had never had an orgasm with their partners,

23. Positive Body Image Makes a Woman Less Likely to Use Condoms Compared to Other Contraceptives.

Finding: Every 1-point increase in a woman’s appreciation of her body equates to her being 1.35 times more likely to use contraception other than condoms. Black and Asian women were 52 and 55% less likely to use condoms than white women. Researchers suggest that race correlates with body image.  This study did not find a connection between positive body image and unplanned pregnancy.

Finding: A study of men who had been circumcised as infants/children, adults and uncut men found men who had been circumcised as infants were the most distressed over their circumcisions. Men who were happy with their circumcision status, whether they were cut or uncut, were likely to report improved body image than men who were unhappy with their status. This unhappiness may also associate with sexual dysfunction, and the researchers suggest that doctors inquire about this when treating men.