Although equality has come quite a long way, society still abounds with glaring double standards and impossible expectations. 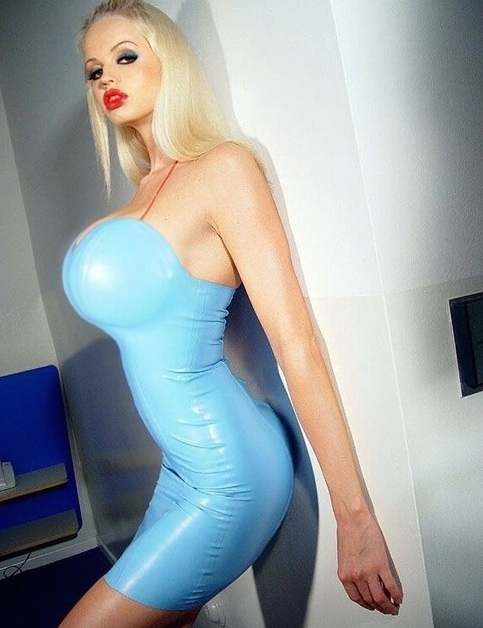 Be honest: How hard are you judging her?

Young girls are consistently fed confusing messages about their femininity: they should be sexually appealing, but not sexually active; society tells them to pull back while their boyfriends tell them to open up; they shouldn’t want babies at all until suddenly they enter the cult of mommyhood and are shamed for not being motherly.

Within this context, it is no surprise that slut shaming is alive and well in the media, on college campuses and even in work environments. These days, girls can’t even go to middle school without the fear that they’ll encounter unexpected disapproval of their sexuality.

Men also face double standards and conflicting messages about sexuality … for instance, the expectation that they have a high “number” and don’t let themselves be “whipped,” but should also behave like gentlemen lest they be perceived as jerks. While this is troubling, it is women who bear the main brunt of society’s confusion over the state of sexual liberation.

What Is Slut Shaming?

Enter “slut shaming,” a relatively new term for an old behavior. Perpetrated against women with the goal of keeping them in their place or punishing them for a myriad of misdeeds, which are more often imagined than real, slut shaming is a tactic employed by both males and females against women and girls to keep their sexuality in check and pad the egos of those they offend.

This lack of freedom has been transmuted into a highly effective method of keeping women in their place: “slut shaming.”

This is the act of pointing to a woman and commenting, jeering, threatening, humiliating or degrading her in a sexual fashion. It can involve actions as varied as starting rumors all the way to rape. While men usually carry out slut shaming’s more violent aspects, women are often responsible for vicious comments, social humiliation and bullying.

While the term “slut shaming” has seen widespread use for the last decade or so, no one is quite sure where it came from. The dubiously reputable site Know Your Meme claims that credit for the first written appearance of the term goes to Abstract Nonsense, which used the context of two bloggers arguing over sexuality (one from the standpoint that sex without love is worthless, the other promoting the idea that good sex doesn’t require love) as a launchpad for a larger discussion.

Similar terms filled the void beforehand. In her 2000 book Slut! Growing Up Female with a Bad Reputation, Leora Tanenbaum uses the appellation “slut-bashing” to describe the sexualized attacks against girls.

Often, she says, these attacks have nothing to do with girls’ actual sexual behavior; rather, sexual slurs are used as a matter of convenience because their effects are so devastating. Sadly, the bad reputation that often results can stay with girls for life.

Some even argue that while the term slut shaming is decidedly 21st century, the idea behind it is considerably older. Ariana Anthony writing for the Huffington Post claims that the 1920s saw a vicious outbreak of slut shaming in response to flappers’ freewheeling sexuality, liberated attire and disrespect for curfews and behavior in general.

They also (gasp!) sometimes drank and even (swoon!) tried to vote. In this context, Tanenbaum’s point that slut shaming may sometimes be used to punish non-sexual “bad” behavior is well-taken.

The Whos, Wheres and Whens of Slut Shaming

To hear the term, most would assume that slut shaming occurs at the hands of ribald young men or possibly beady-eyed, disapproving grandmothers.

Unfortunately, most people are guilty at some point. Many incidents of slut shaming are even unintentional, but that doesn’t make their effects any less humiliating to the young woman, nor does it reduce their damaging effect on her long-term self-esteem.

So where does slut shaming happen today? Who is usually behind the wheel targeting young girls and their supposedly disgraceful behavior? And when does it most often occur? While definitive answers to these questions do not exist, several common trends are becoming apparent.

Take, for example, the recent rash of complaints against secondary schools for their responses to dress code violations, reports Al-Jazeera. Or slut shaming can be used as a convenient way that wealthier girls slander poor girls in college. Writing about girls on the walls of bathroom stalls, texting scandalous pictures of them, spreading rumors, even commenting on Miley Cyrus’ latest pelvic-pumping antics … these are all examples.

As stated above, both men and women use slut shaming as a tactic to control and degrade women and girls. It can occur at school, at parties, in private, on the Internet. Old men and eleven-year-old girls are equally capable of reducing a woman to the sum of her baser component parts and judging her accordingly. To sum up, anyone, anywhere, at any time can practice slut shaming. All that’s needed is a bit of ill will and a nasty comment aimed at a woman’s sexuality.

Increasingly, however, women are beginning to speak out about the perils of slut shaming. For instance, parents are starting to respond to the harsh, humiliation-based penalties perpetrated against their daughters in violation of dress codes. The Internet is rife with women, and even men, calling people out for their unnecessary judgments of others’ sexual behavior.

The overwhelming response is something along the lines of “mind your own beeswax,” and while this doesn’t make the wittiest or most intellectual case against slut shaming, it may just be the most effective.

Perhaps the best thing any of us can do is respond aggressively to obvious acts of slut shaming. While not everyone will agree that Miley Cyrus is a liberated creature whose sexual freedom should be celebrated, nevertheless when we point fingers and boo, we are no better than the myriad men and women throughout the years and decades who have singled out women and girls for embarrassment, degradation and lasting shame.

Instead of engaging in a conversation about who did what, where, with whom and while wearing what, isn’t it time that women and men both began to judge people based on their actual merits?

And if women really do behave badly (we’re not talking about drinking a martini or voting for the wrong party here), hasn’t society progressed far enough that her detractors can call her on the behavior that actually upsets them rather than creating an imagined sexual transgression?

A truly progressive culture is one that no longer uses women’s body parts and natural urges against them, but rather credits them with the ability to actualize their own dreams, take ownership for their mistakes, and enter society as fully fledged members who won’t be held accountable for how they choose to use their bodies.