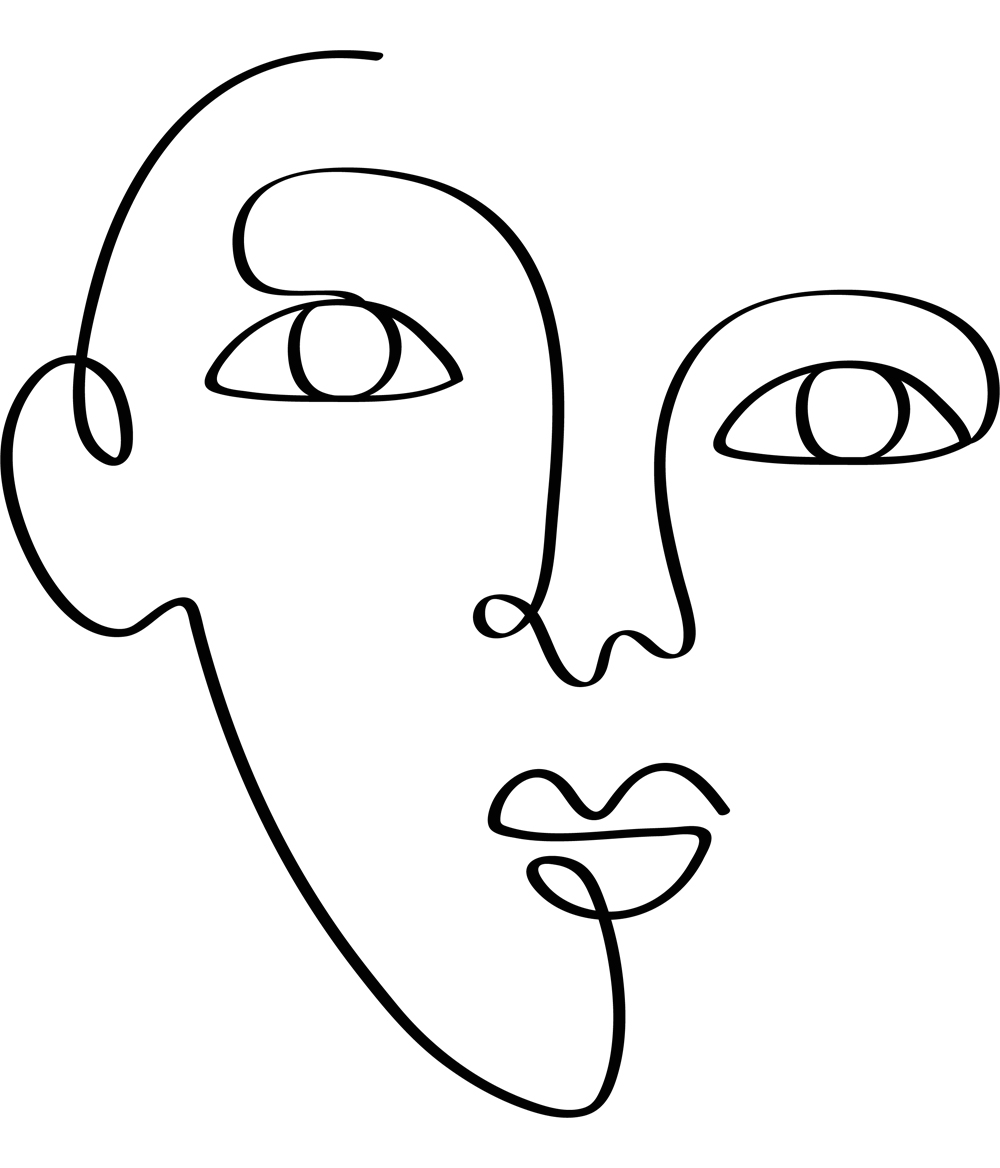 And then there are women on the other side of the spectrum who have orgasms when they are not even engaged in sexual activity.

Yowza! You might wonder how you can get in on that action. But hold your horses. There’s lots to learn about accidental orgasms.

Did She or Didn’t She?

A popular video features women who looked as if they were having an orgasm while riding a slingshot-type of amusement park ride. But were they? The women could have just been having regular amusement park ride fun, or they might have been faking it to promote this ride for the amusement park. The bottom line is that we’ll never know whether the slingshot gives women an orgasm. But having spontaneous orgasms is possible.

Some women have orgasms in a nonsexual setting just by sitting on something that vibrates, stimulating the clitoris. Obviously, vibrators are the cornerstone of the sex toy 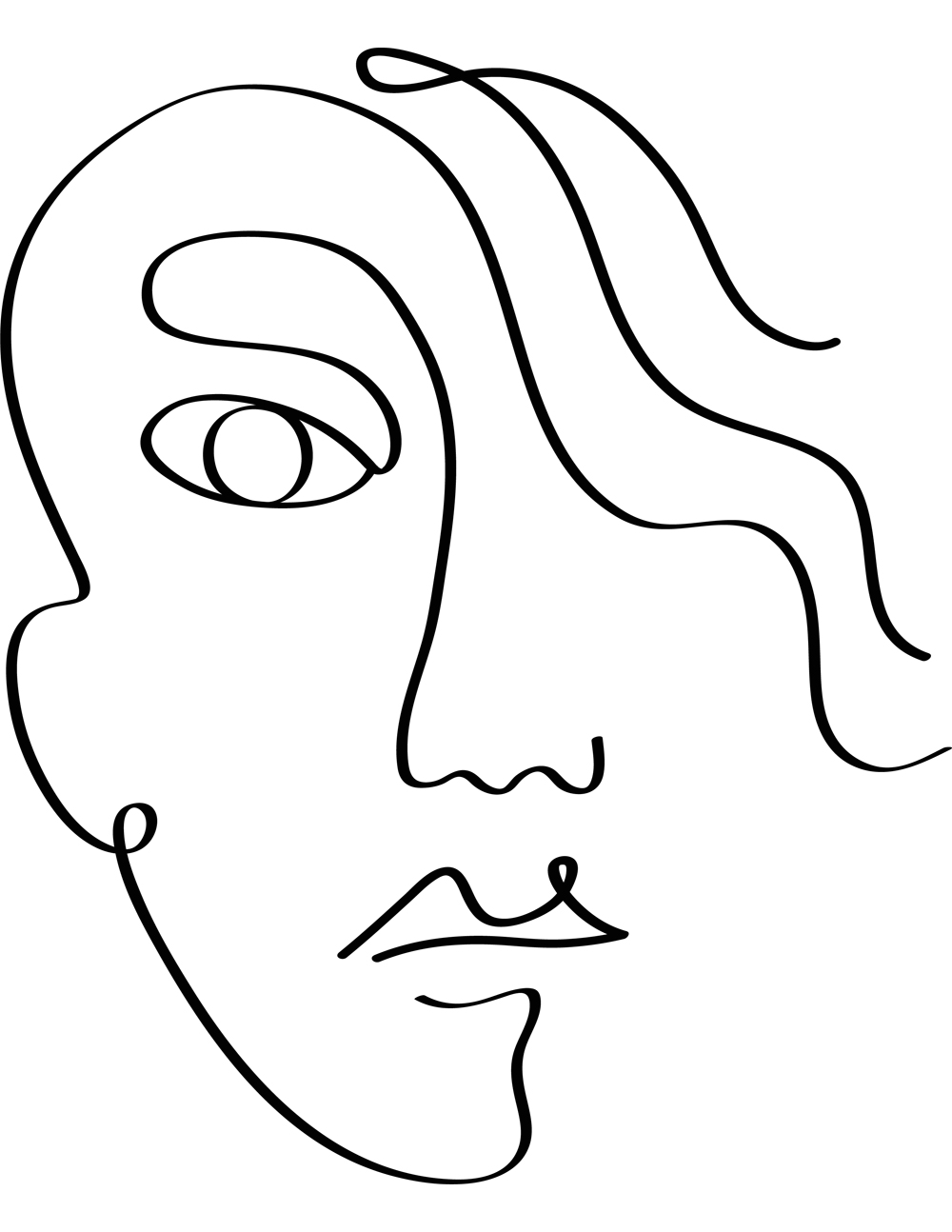 One common nonsexual place that some women have orgasms is in the gym while working out. The journal, Sexual and Relationship Therapy, published results of a survey given to women who said they experienced an orgasm, or “coregasm,” while exercising.

If you’re interested in which workouts seem to do the trick, try abdominal exercises.

Other popular orgasm-inducing exercises are rope climbing and pole climbing.

Yoga seems to do the trick for some women. They report having “yogasms.” One woman told The Daily Beast that she had an orgasm during class while sitting in lotus pose. She was slowly breathing and lifting her pelvic area. When her instructor pressed his body against her back, began breathing with her, lifting her ribs and pushing her thighs down, well … yogasm.

The best way to orgasm through yoga is by strengthening the muscles around the genitalia. It’s kind of like doing Kegel exercises but combined with yoga breathing and is called “mula bandha.” This works because as you engage the muscle down there (the PC muscle), the tissue around the G-spot swells, and that can lead to an orgasm. Here’s a great guide with photos about G-spot stimulation.

Of course, yoga causing orgasms makes perfect sense. Many yoga disciplines are rooted in Tantra, which focuses on spiritual sex. The goal of Tantra is to move your sexual energy from your genitals to your entire body, which could lead to a full-body orgasm. 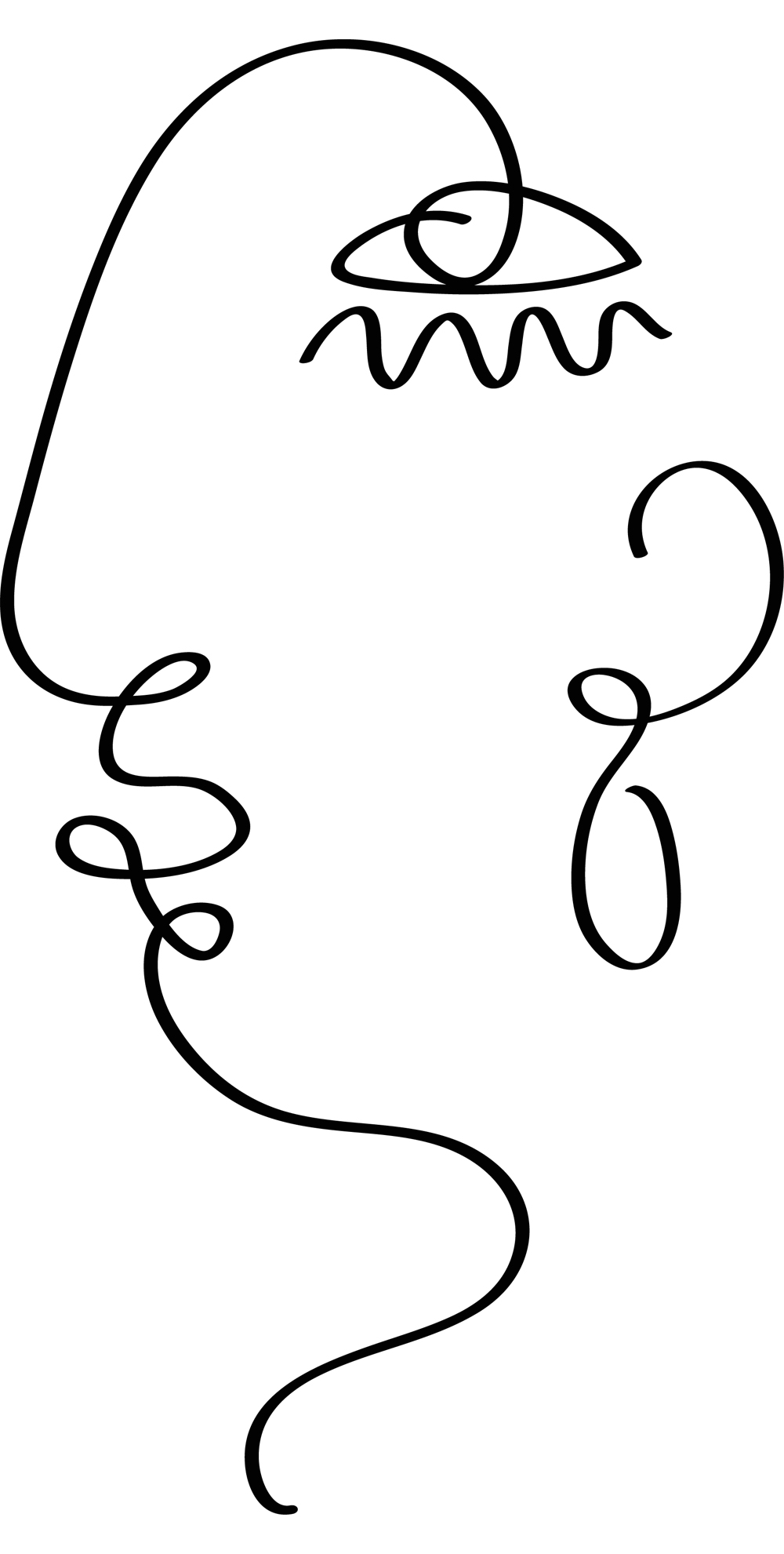 Just as men can have wet dreams, women can orgasm in their sleep. When women are dreaming and in REM sleep, whatever they’re dreaming about (sexy or not) can cause the genital region to engorge with blood, which is what happens when you’re awake and aroused. Sometimes, you’ll actually orgasm. Some women sleep through it, not even knowing it happened. But others wake up, which is much more fun than hearing an alarm going off.

Other Activities that Cause an Accidental Orgasm 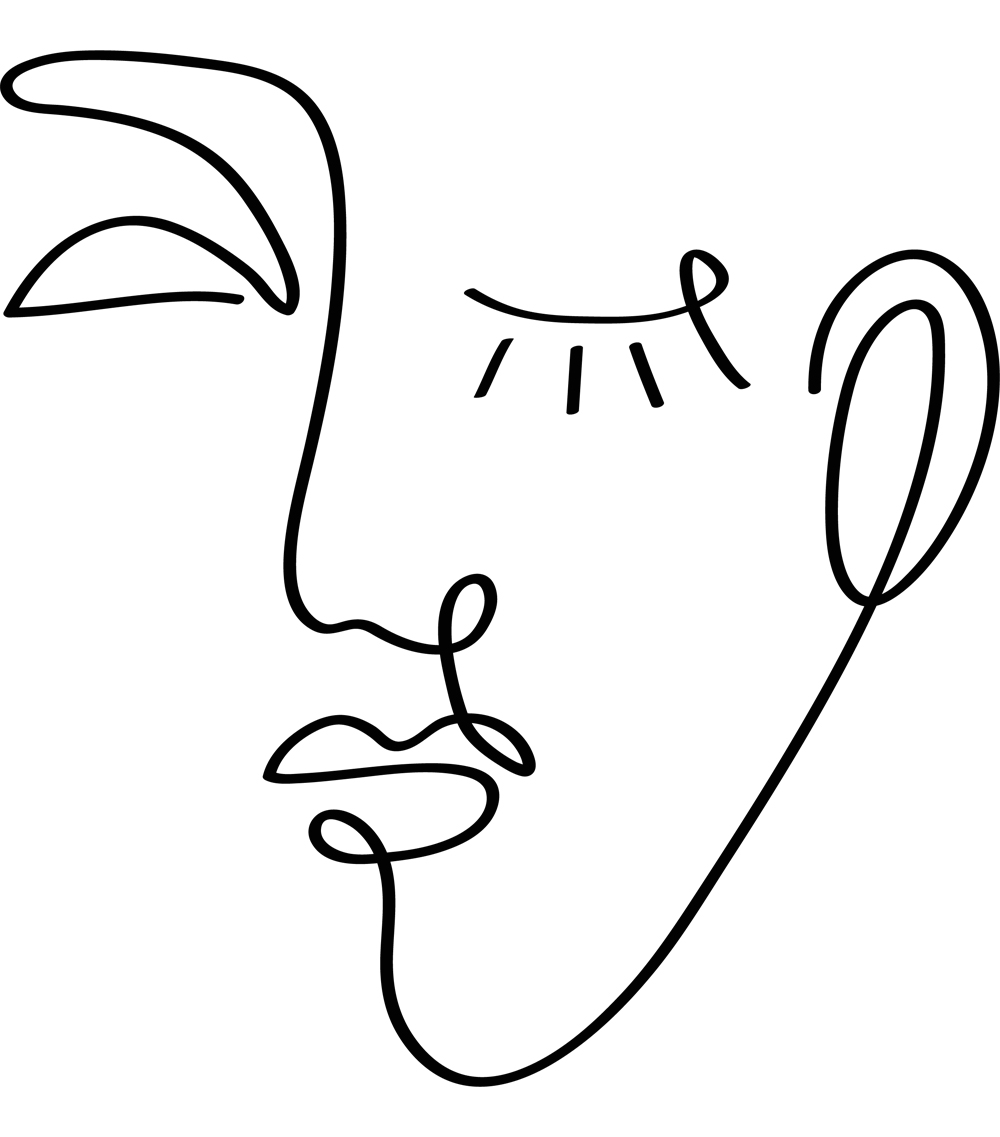 Sometimes enough friction on the clitoris can trigger a spontaneous or accidental orgasm just by doing these ordinary events:

Some women like having these hands-free orgasms, finding them quite enjoyable, and some don’t. Although friction causes these types of orgasms to occur, which is one reason why you might like the sockets position, sometimes they happen from elevated stress and anxiety levels. Women often describe these surprise orgasms as being anywhere from oddly pleasing to nerve-wracking.

These orgasms typically are not as strong as the ones experienced during intercourse, but they are still typically pleasurable.

Not All Fun and Games

Some women suffer from accidental orgasms — and yes, “suffer” is the correct word because these women feel more discomfort than pleasure. It’s probably difficult to get your mind around this concept because orgasms usually mean pleasure and fulfillment. But some women get no relief or satisfaction from their orgasms and feel as if their lives are spinning out of control.

Women who experience frequent accidental orgasms can’t even sit down or ride in a car without having an orgasm. If you’re in the car with only your lover and have an orgasm, that’s one thing, but if you’re with your kids or parents in the car, an orgasm will definitely be unwanted and embarrassing.

Accidental orgasms happen to women who have quite sensitive breasts and genital areas. But, the accidental orgasms they achieve often give them little relief. An accidental orgasm doesn’t follow the typical orgasmic pattern of desire, arousal, orgasm, satisfaction and resolution, according to Boston University School of Medicine.

Instead, women who have accidental orgasms are in a constant state of arousal. The relief they might experience after climaxing is short-lived because they soon enter the arousal state again. This makes it difficult for them to concentrate on anything else.

Some husbands and boyfriends are happy to relieve the constant pressure, but others just don’t understand what’s going on and wish that their partners would appreciate some foreplay. Men with women who are in a constant arousal state don’t get to experience the pleasure of getting their partner turned on. That could put a strain on a relationship, especially if your man needs help getting aroused himself.

Here’s what some women experience with arousal disorder:

An accidental orgasm associated with persistent genital arousal disorder occurs when a women fails to do anything for relief. Eventually, the body has a spontaneous orgasm, and this could happen in very inconvenient places.

The arousal state associated with persistent genital arousal disorder is often a painful one, accompanied by burning, swelling and throbbing. Women sometimes try numbing the area with ice packs, which sometimes helps temporarily. Others join support groups when they become tired of being constantly misunderstood.

Some women are more inclined to have spontaneous orgasms than others are. While they can be a nice, fun surprise, they can also be annoyingly intrusive. If you are in the small group of women who are having unwanted accidental orgasms, speak with your gynecologist about persistent genital arousal disorder and think about joining a support group.

If you want to explore the possibility of having hands-free orgasms, you now have plenty of ideas to try out. If having an occasional accidental orgasm sounds fun to you, work on your visualizing and breathing techniques and start doing the right exercises like I talked about above. Whether you have a hands-free orgasm or not, you will be getting more in tune with your body.

How To Have Sex In Water & Make It Pleasurable NOT Painful
How Important Is Sex to a Relationship? Find Out Here!