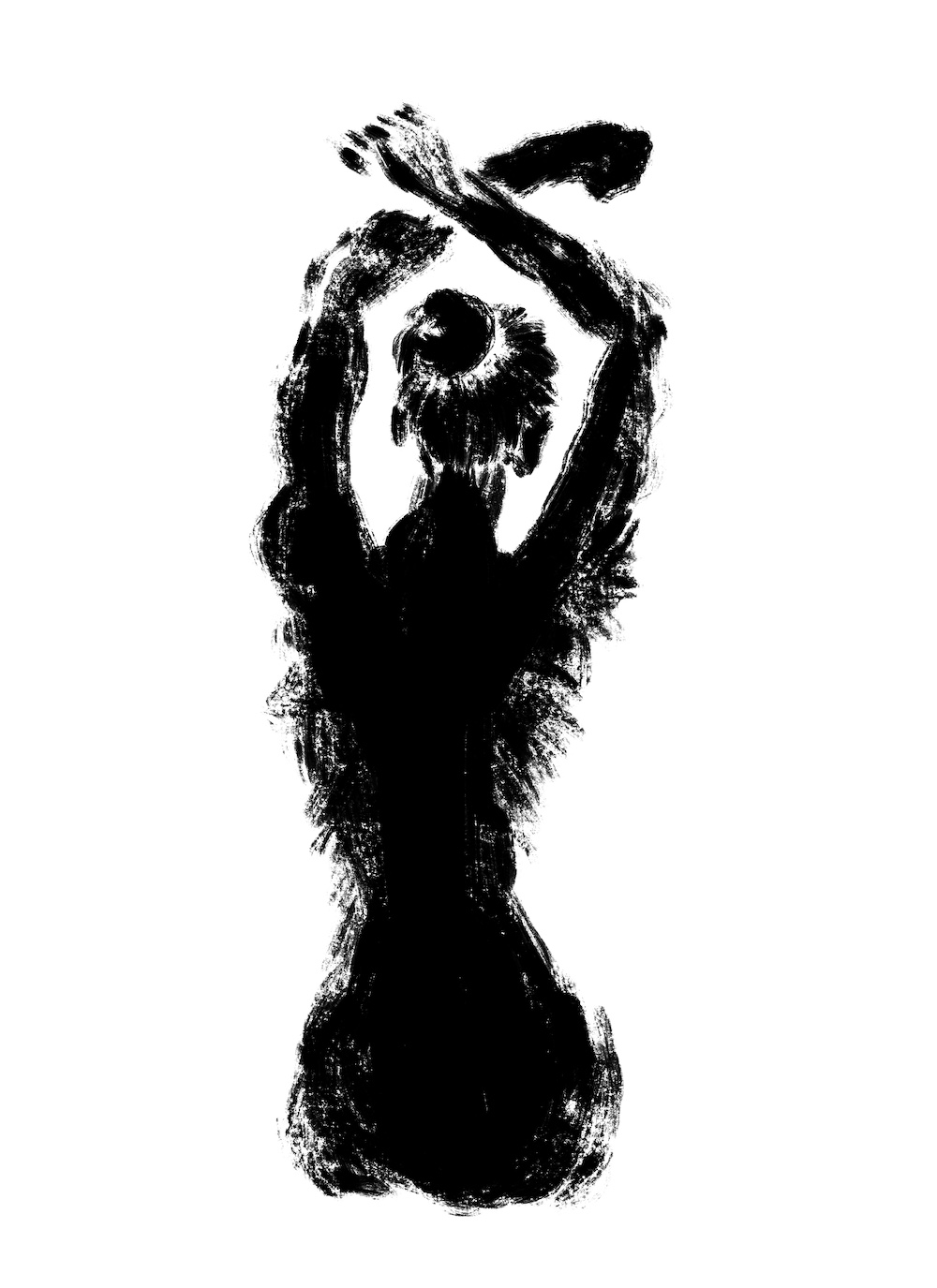 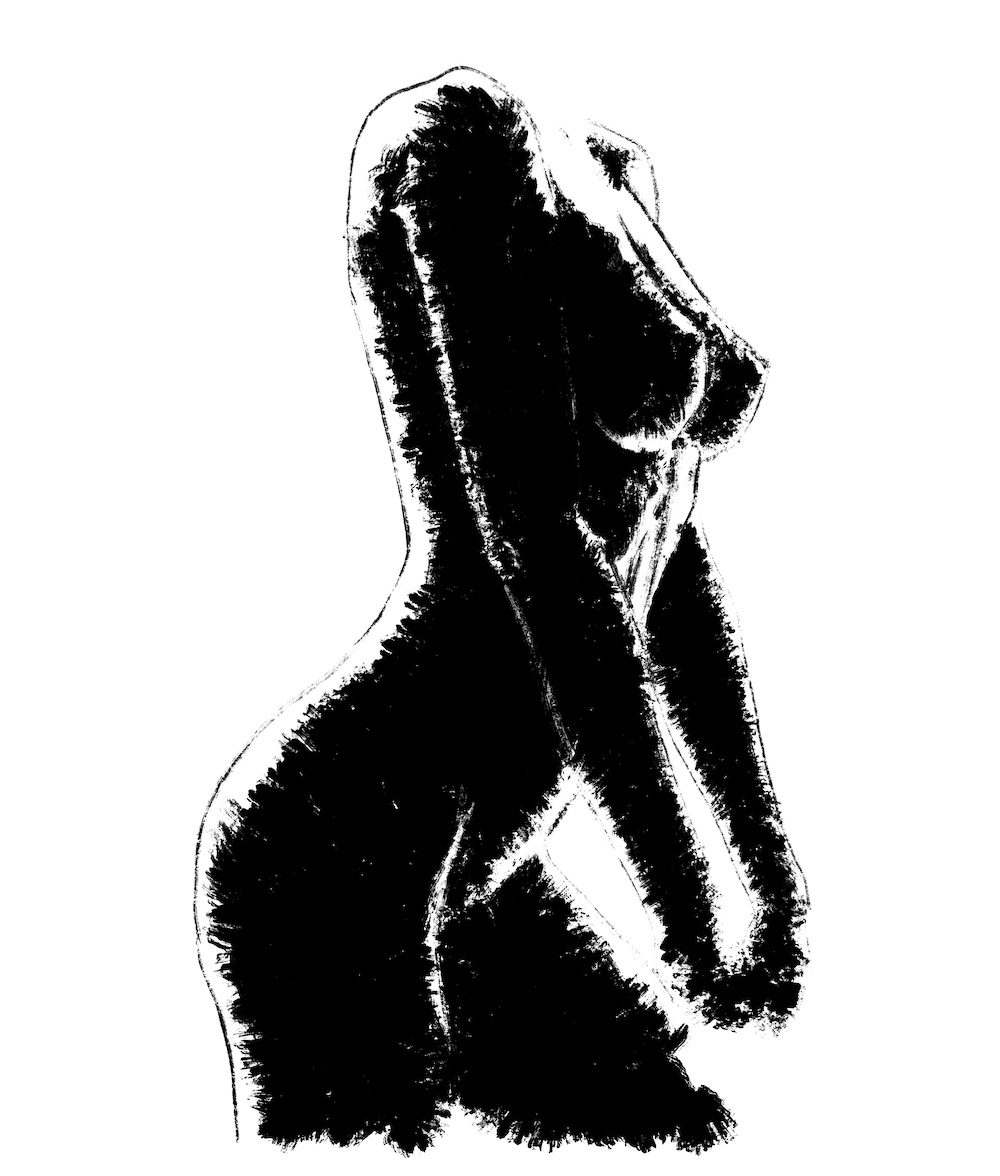 Even for those women, sex drive can dip at times. This is a normal part of life, and your interest in sex will wax and wane through the stages of your relationship and your life. These fluctuations are normal; although some changes may be cause for alarm. When you pay attention to your normal, you can determine if something is really out of the ordinary. 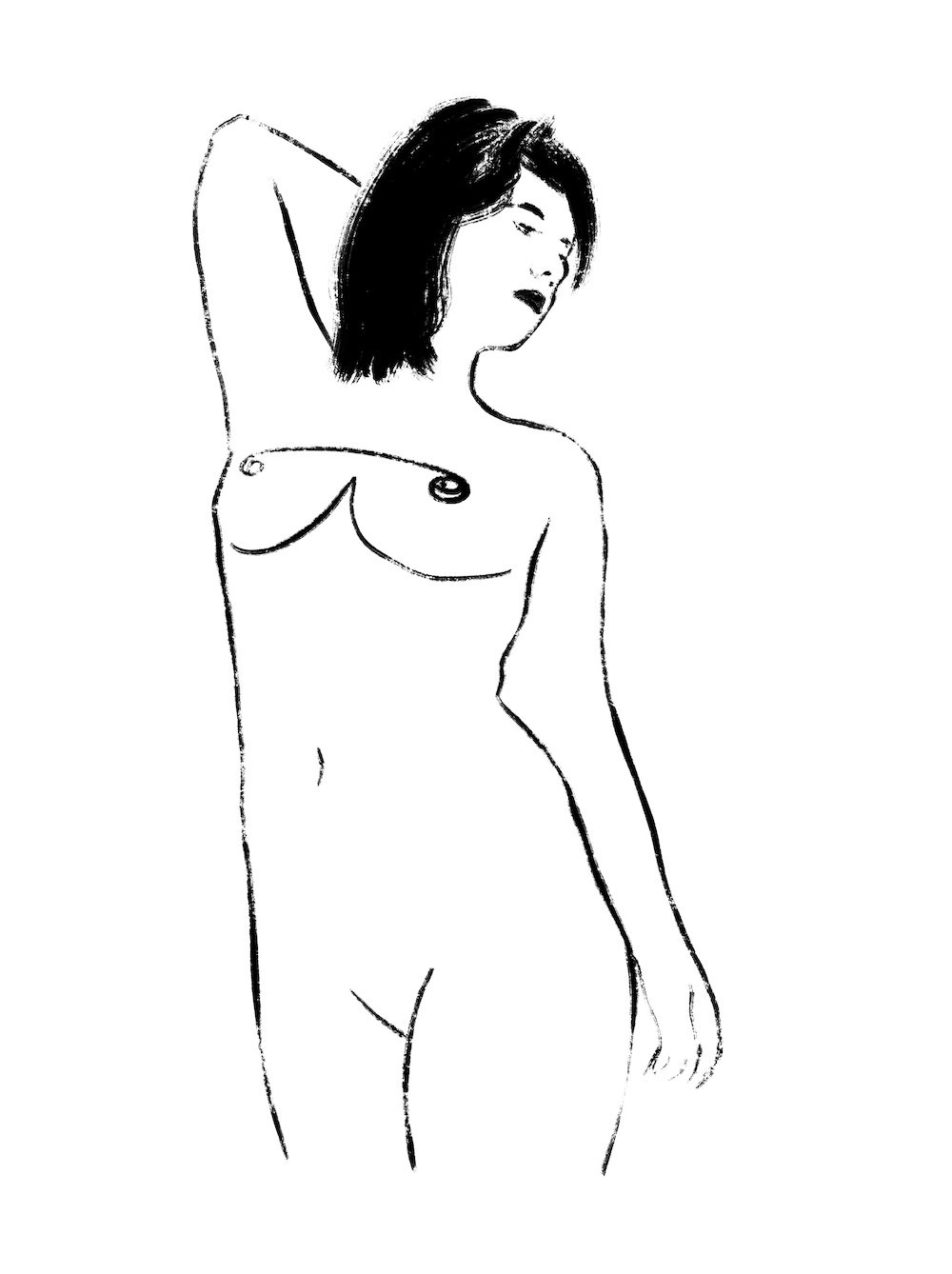 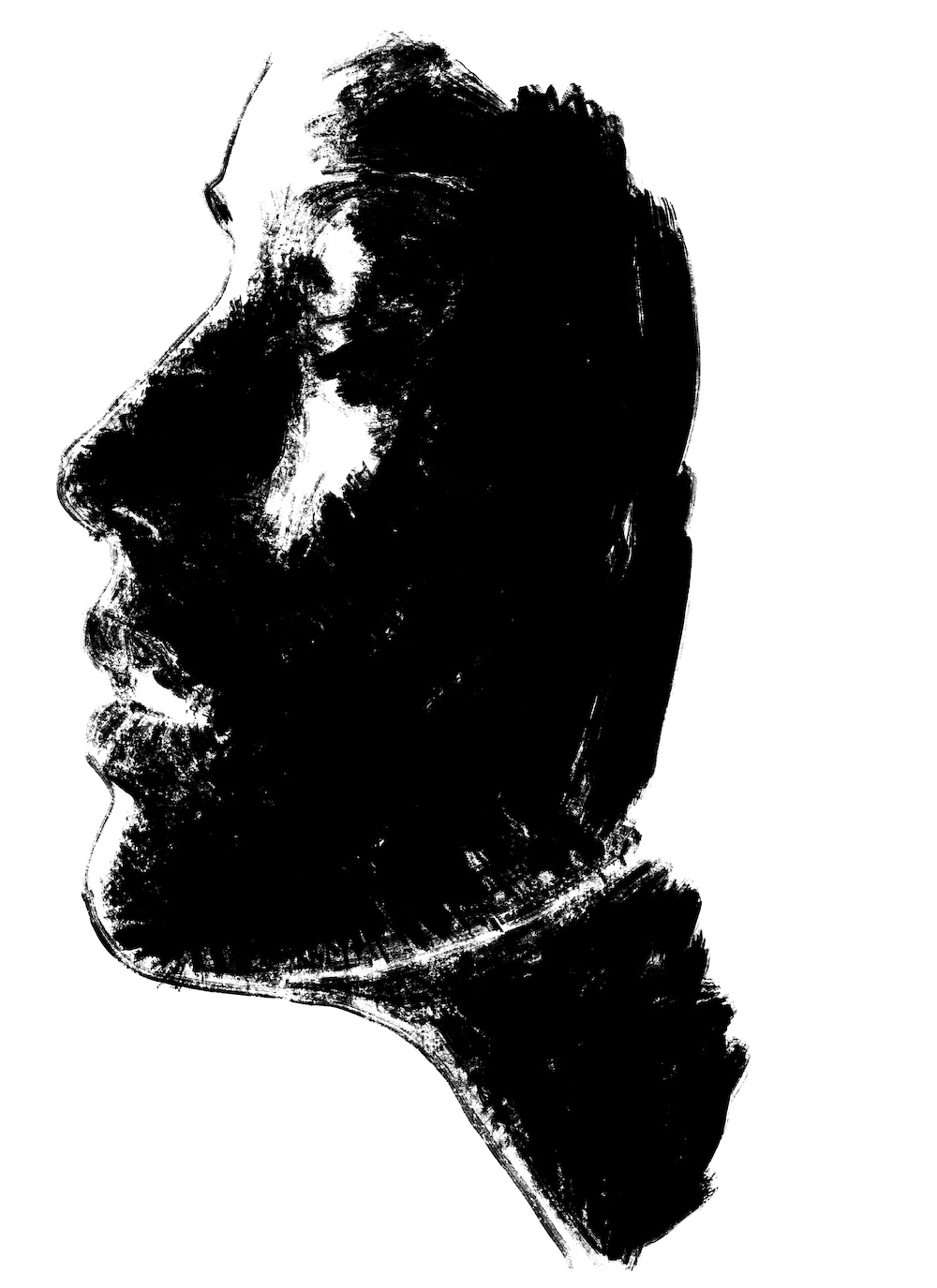 While some people call this limerence, others know it as “new relationship energy,” and it’s normal. It’s also normal to peter out over time. 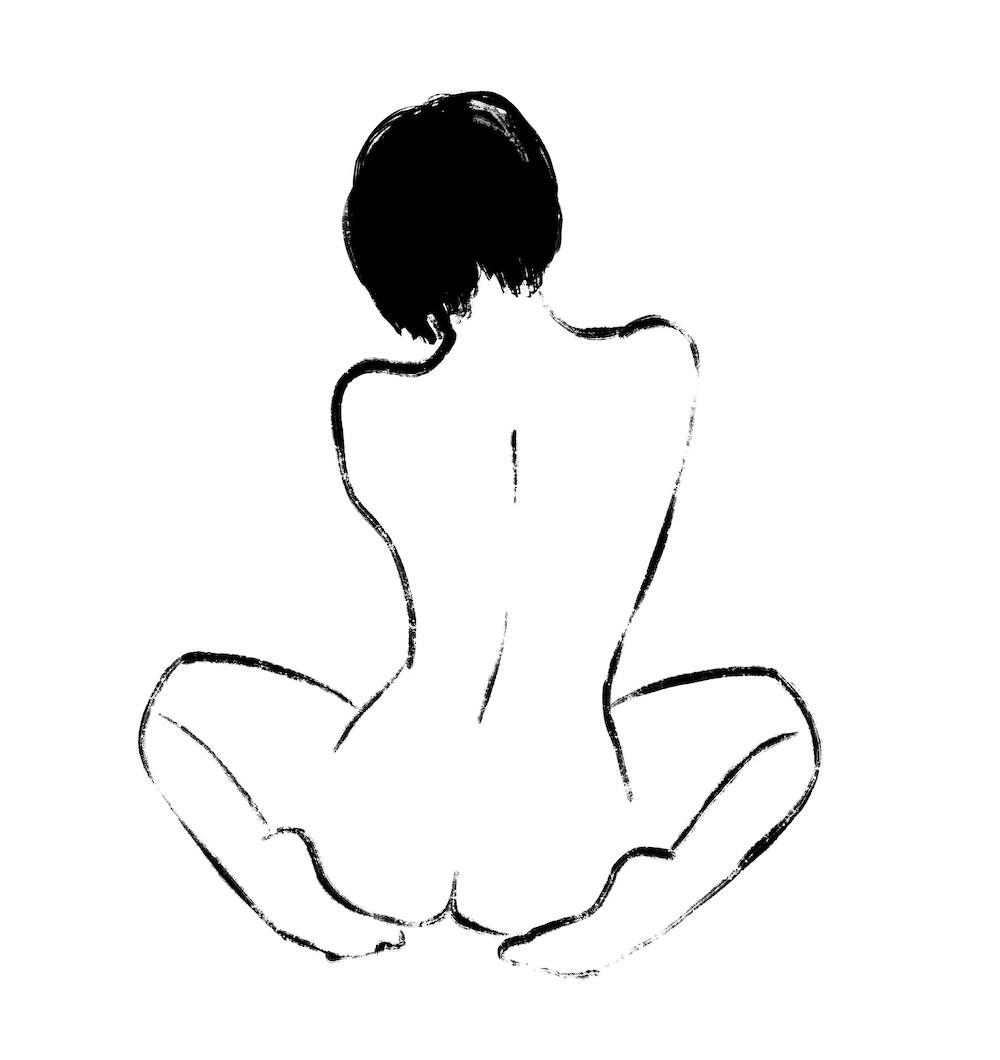 While stress is often a mood killer for women, a small percentage of women experience increased desire and feelings of horniness when anxious or even depressed [5 p 149]. Just be careful that you’re not dealing with stress through risky sexual behavior. One theory proposes that compulsive sexual behavior provides temporary relief to anxiety [6].

There are also a number of hormones that shift during your cycle, including androgens, progestogens, and estrogen, all of which can influence libido [7]. One study found that women initiate sex more often right before ovulation [8]. At this point, both estrogen and testosterone are high [9]. 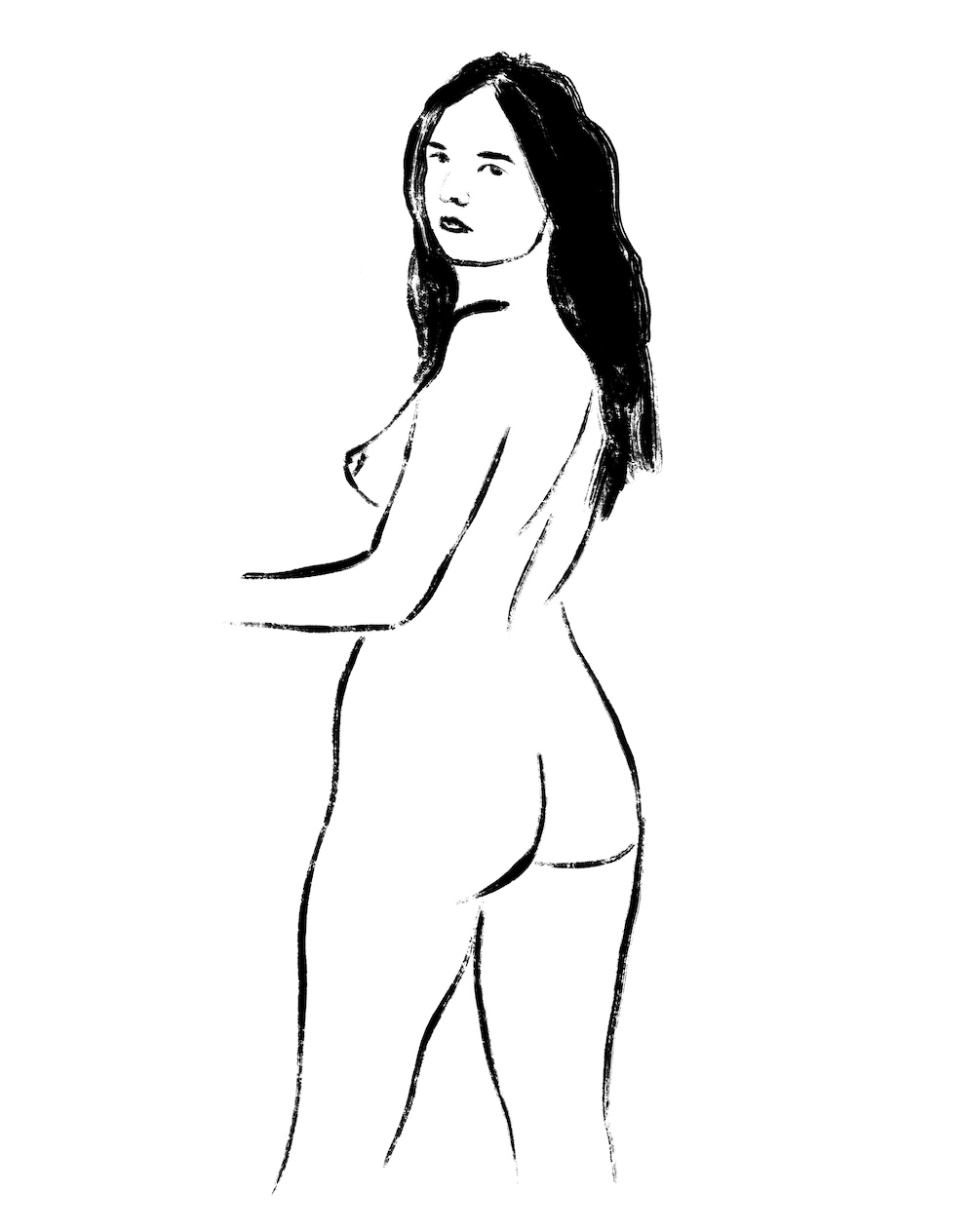 Because compulsive sexual behavior can be addictive in nature, there’s a high correlation between it and other addictive behaviors, including substance abuse [13, 14, 15]. It’s difficult to differentiate cause from correlation. This may be due to a brain’s likelihood of becoming addicted. However, drugs as alcohol can remove barriers to having sex [16], and drugs such as methamphetamine, cocaine, heroin may increase sexual behavior, sometimes to the point of having risky sex, even if you do not necessarily trend toward addictive behavior. Misuse of Ritalin can do the same [17].

However, new medication can have a side effect of increased libido or even returning your libido to its natural state if some condition previously stunted it. Sometimes, it’s medications that treat brain disorders such as Trazodone (Desyrel) [11], aripiprazole [18, 19], or Wellbutrin [20] that have this effect. Because so many antidepressants interfere with desire and arousal, these versions may be suitable alternatives to treat those disorders without wreaking havoc on your sex life. 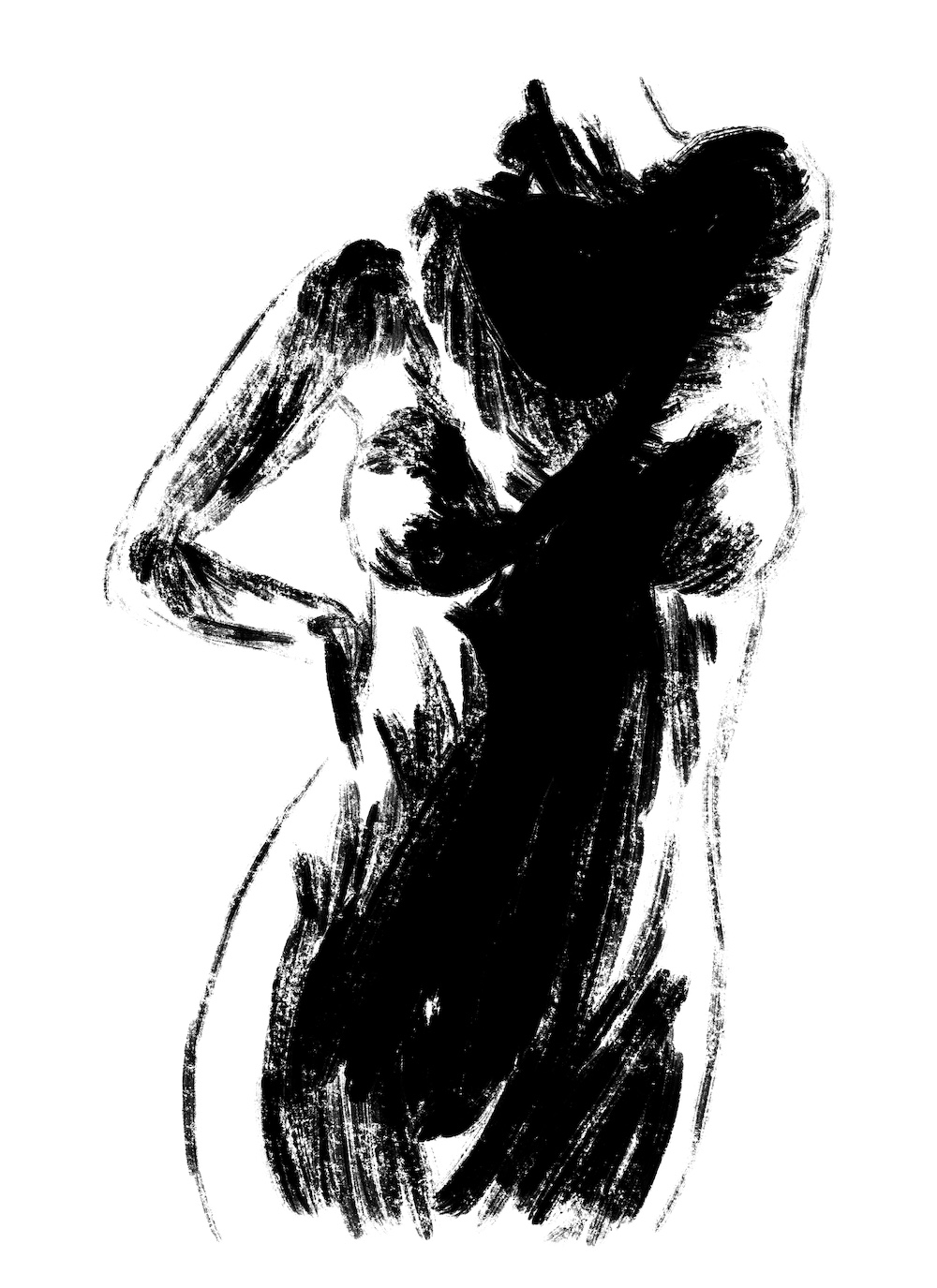 Because of the way the brain functions, cognitive disorders may also be linked to increased and risky sexual behavior. Two common conditions include bipolar disorder, also known as manic depression, and dementia.

Bipolar disorder can involve manic episodes of hyperactive behavior, including sexual behavior [21]. In fact, it’s so common that it’s a criterion to diagnose the condition [22].

During a manic episode, a person will feel high levels of energy, sleep little, experience racing thoughts, try to do many things at once, and engage in risky behavior such as spending money irresponsibly [23] or risky sex. Manic episodes can even change a person’s sexual orientation – i.e., a straight woman might have sex with other women [24].

Deterioration of the brain and cognitive skills, including memory loss, problem-solving, and language skills, is known as dementia [25]. Dementia is caused or characterized by several diseases, perhaps most notably Alzheimer’s. Although, hypersexuality is more common with variant frontotemporal dementia than with Alzheimer’s disease [26]. However, medical and scientific personnel may overlook the sexual side effects of this condition.

Dementia can include hypersexuality and inappropriate sexual behavior [27], especially sexual behavior and comments that were previously out of character. People may make lude comments or try to remove clothing.  This can be shocking to people such as the friends and family of a person with dementia. More research is needed to understand the connection between dementia and hypersexuality. There has been limited success treating this symptom of dementia with medication such as antidepressants, antipsychotics, anticonvulsants, cholinesterase inhibitors, hormonal agents, and beta-blockers; however, these interventions come with negative side effects [28].

Attention-deficit/hyperactivity disorder can impact how people engage in sex and relationships, including increased promiscuity [24] and risky sexual behavior [29]. Low self-esteem, which is associated with ADHD, might be the significant influence here [30]. When people engage in this type of behavior, they may be more likely to become victims of sexual violence [31].

Hypersexuality and other addictive behaviors are also associated with people who have a history of childhood trauma, including sexual abuse [33]. Of course, just because you like sex a lot doesn’t mean that you were abused as a child. However, if you struggle to make safe sexual choices, you might not be as over past trauma as you thought and may want to seek outside help. 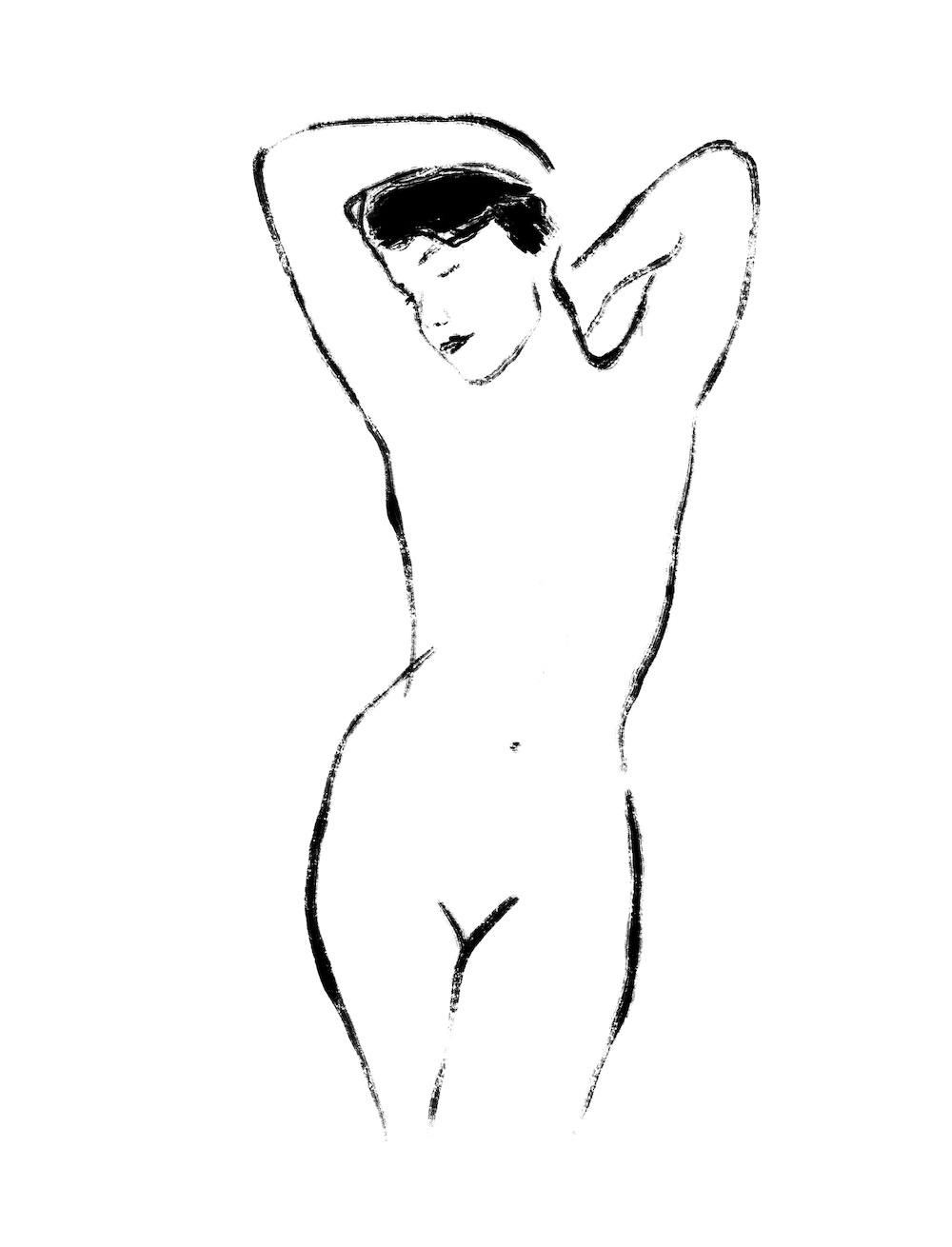 To stay safe, make sure you’re always using condoms and get tested frequently, limit substance use and sexual activity, fulfill your obligations, enter into kinky sex thoughtfully, abide by relationship agreements, and make sure you give and receive consent — always! The National Sexual Violence Resource Center describes consent as

an ongoing dialogue about desires, needs, and level of comfort with different sexual interactions. Consent is not a blanket statement. It is specific each time and always required. Healthy sexuality is rooted in consent and respect [38].

Why Do I Want Sex All the Time? Am I a Sex Addict?

On top of that, negative feelings have a complicated relationship with our sexuality. While guilt can motivate people to change sexual behavior, shame can actually increase hypersexuality [44]. After all, these responses to your sexuality involve their own intrusive thoughts, which can strengthen the very sexual habits that have you worried. 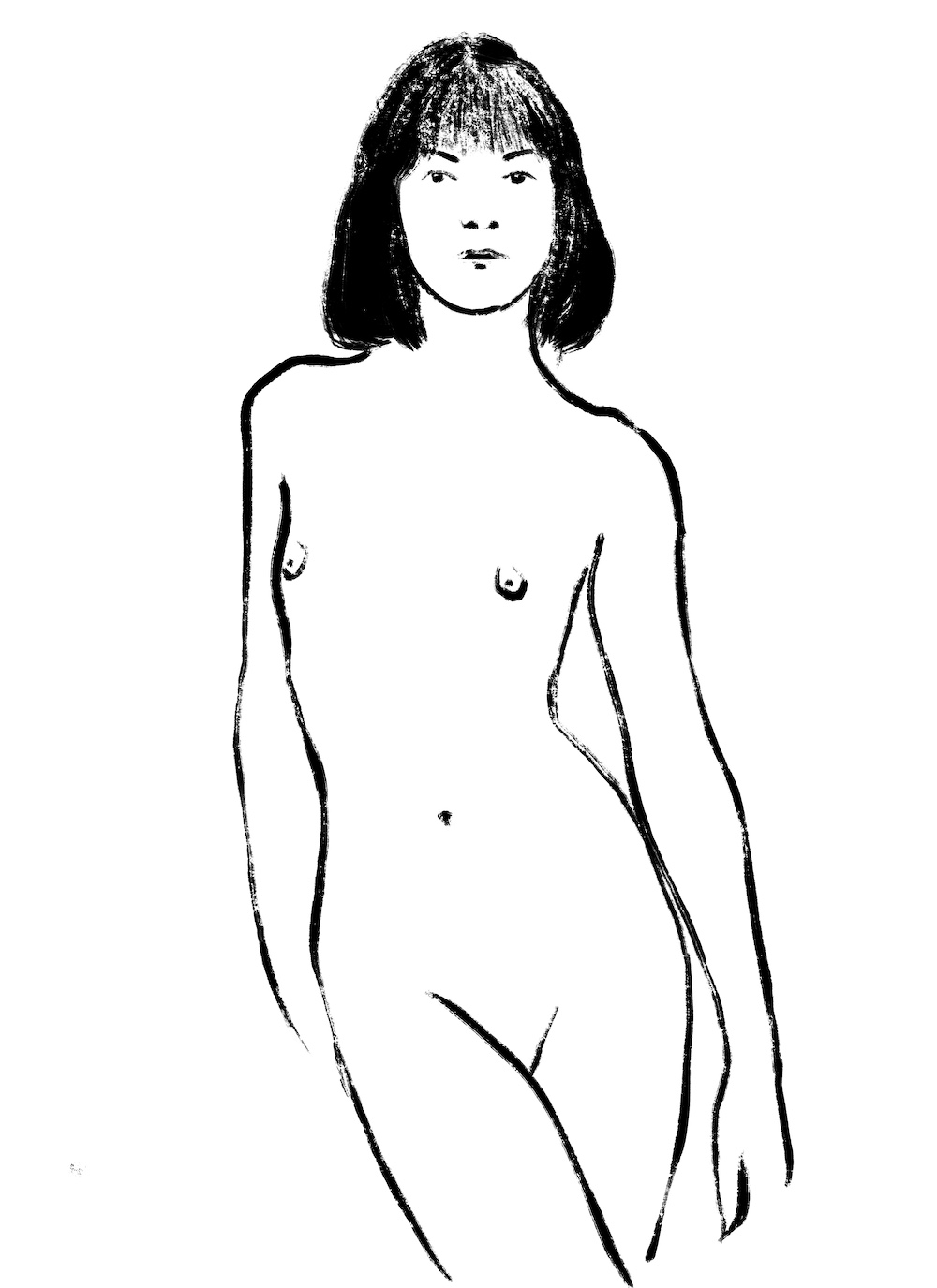 A therapist or psychologist may help you work through guilt over your sexuality and compulsive behaviors. Therapy and medication can work together to increase your odds of success. Cognitive-behavioral therapy may help [45]. There is even a 12-step method to deal with compulsive sexuality [46].

The book Why Can’t I Stop? helps readers overcome addictive behaviors such as compulsive sexuality.


The Compulsive Sexual Behavior Inventory helps professionals determine if a person’s sexuality is compulsive and may be unhealthy.

Hypersexuality is the increase in libido, which may be sudden. Wikipedia has a detailed entry on it.

In his podcast, Dr. Justin Lehmiller interviews therapist and researcher Ari Tuckman about his book that highlights how ADHD affects people’s sex lives. 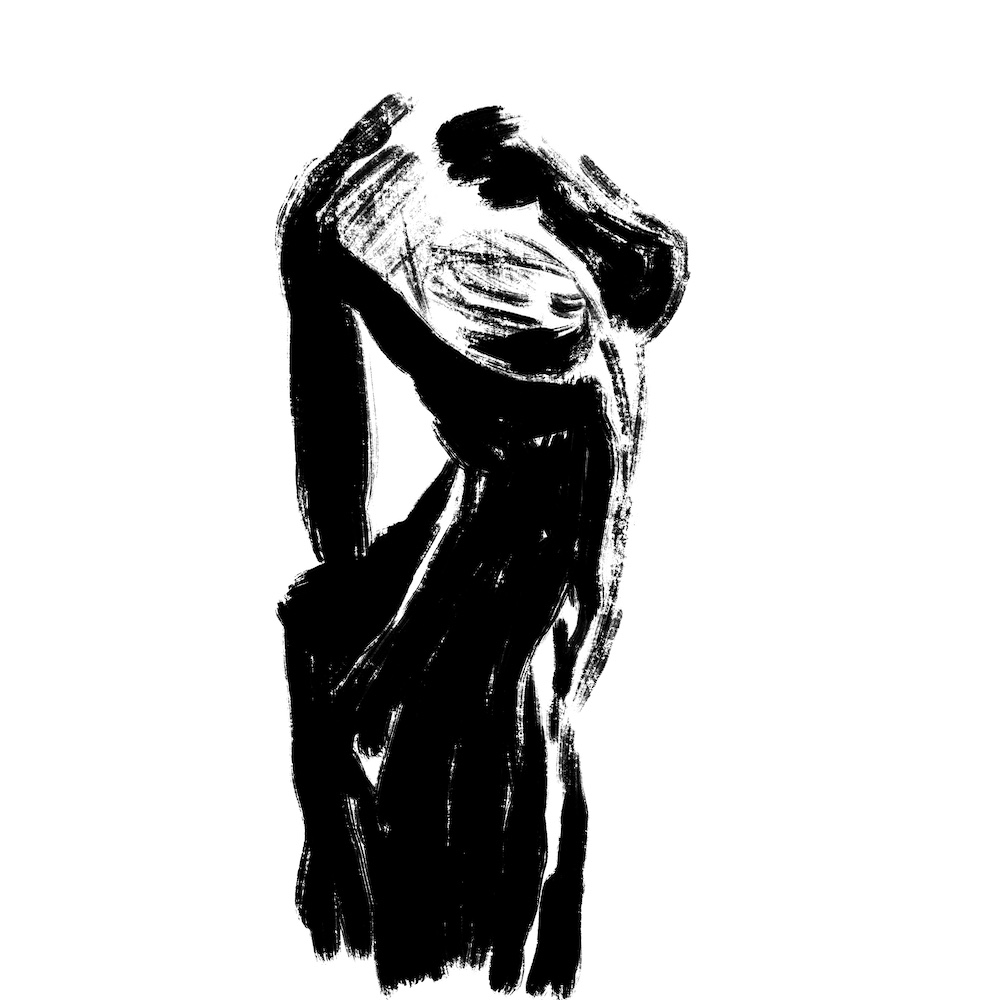 More important than comparing yourself to others is to recognize your typical range, which can vary during your menstrual cycle, relationship, and lifetime. If you notice any sudden changes, it might be worth looking into their causes. However, you needn’t be worried as long as you being hornier doesn’t lead to unhealthy or risky choices.