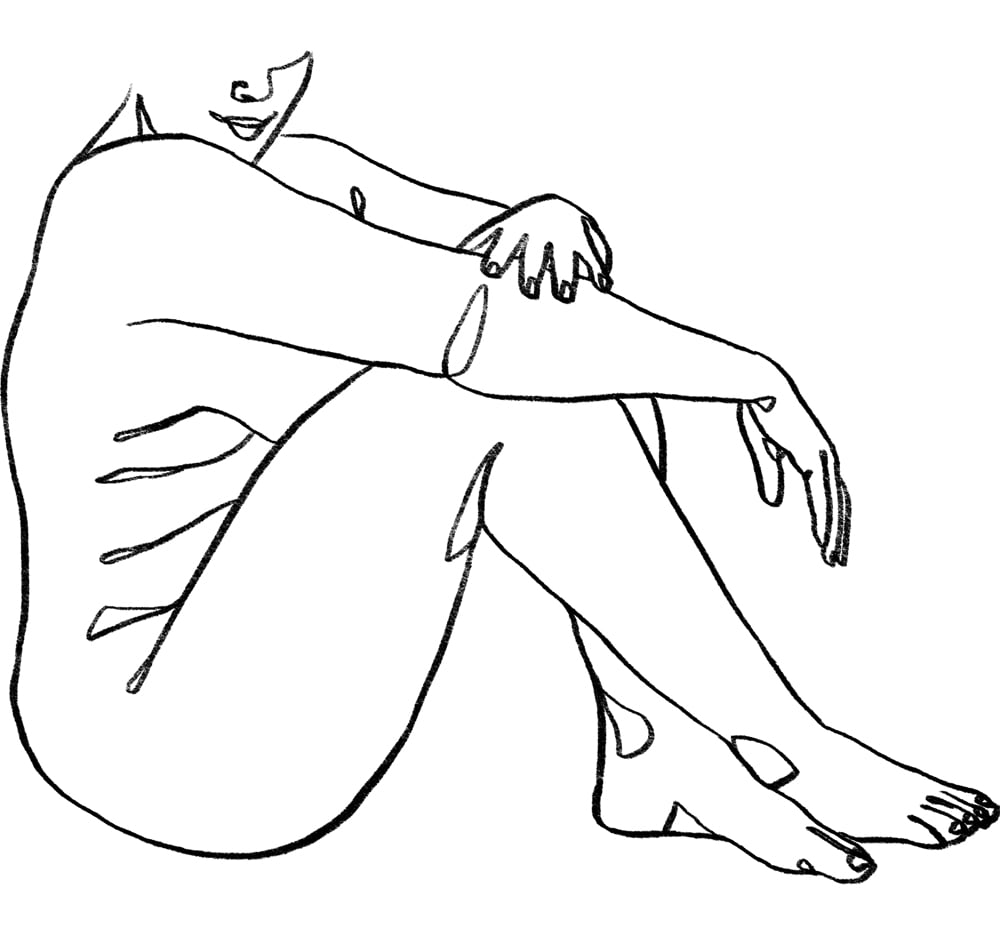 Mommy issues – even the name sounds bad. No one wants to be with someone who has issues. But what does it mean if someone has a mommy issue, can you do anything to improve it, and could you have your own issues with your mom?

This brings us to the thought that if a guy has a weird relationship with his mother, he might have mommy issues – and those issues could make you miserable!

So mommy issues can be bad, even a deal-breaker, but what exactly do these issues look like? 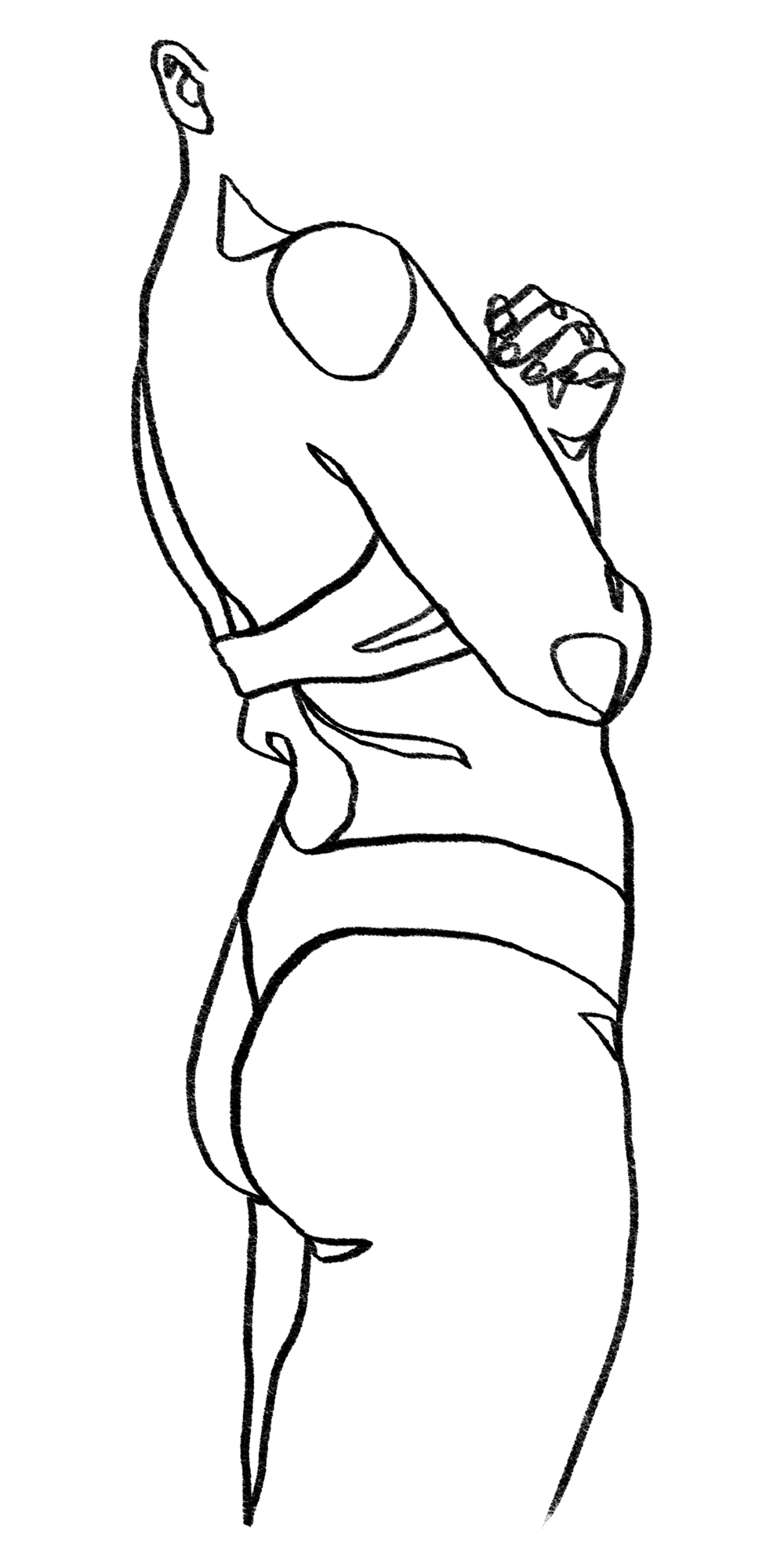 Wherever your guy goes, there is Mom. He might have issues making his own decisions because she always made them. Simple things around the house might be foreign to him because, again, his mom did everything for him.

He’s likely to agree with her at every turn, even to defer to her. If you ever find yourself butting heads with her, he might struggle over whose side to take or take hers by default. This doesn’t bode well for your relationship. It’s hard to feel like a team when he’s still clinging to his mother’s apron strings.

Even if she’s making him miserable, he could have a hard time cutting those strings because they don’t have healthy boundaries.

Sometimes a man with an overbearing mother will choose a woman who is similarly harsh or “bitchy” because he lacks the willpower to stand up to his mom. Of course, this puts you in a precarious position. And in-laws can be tricky enough to deal with in the first place.

Whether his mom worked all the time, left when he was young or simply chose her lover du jour over her son, your guy is likely to have some mommy issues. Chances are, he’ll react to those type of experiences insecurely. He’ll worry that any woman will leave him because mom did, and he might still be spending time trying to convince his mom that he’s worthwhile in hopes that she’ll stick around.

You can understand why it would be difficult to deal with a rough childhood, but no one wants to deal with that aftermath in their adult relationships. His insecurity is probably pretty obvious.

A man who is afraid of being abandoned might be clingy. He might not like you having guy friends, going out, spending time without him. An inability to trust often happens when someone has mommy issues. He may continuously need reassuring and worry that he’s not good enough for you, even if he’s a catch.

If this sounds exhausting, it’s because it is! It’s just as terrible for him, but he might not even realize it if he’s been dealing with these issues for his entire life.

Maybe he’s a liar, a cheat, or a user. Whatever it is, he doesn’t know how to treat women well. It may be that he learned this behavior from his father, who treated his mother poorly, and he has daddy issues as well as mommy issues.

Related: What Are Daddy Issues?

It could be that mistreating his mother was a defense mechanism because she treated him poorly, but it’s not something that you deserve. If things go beyond rude, you might find yourself in an unhealthy and possibly abusive relationship. 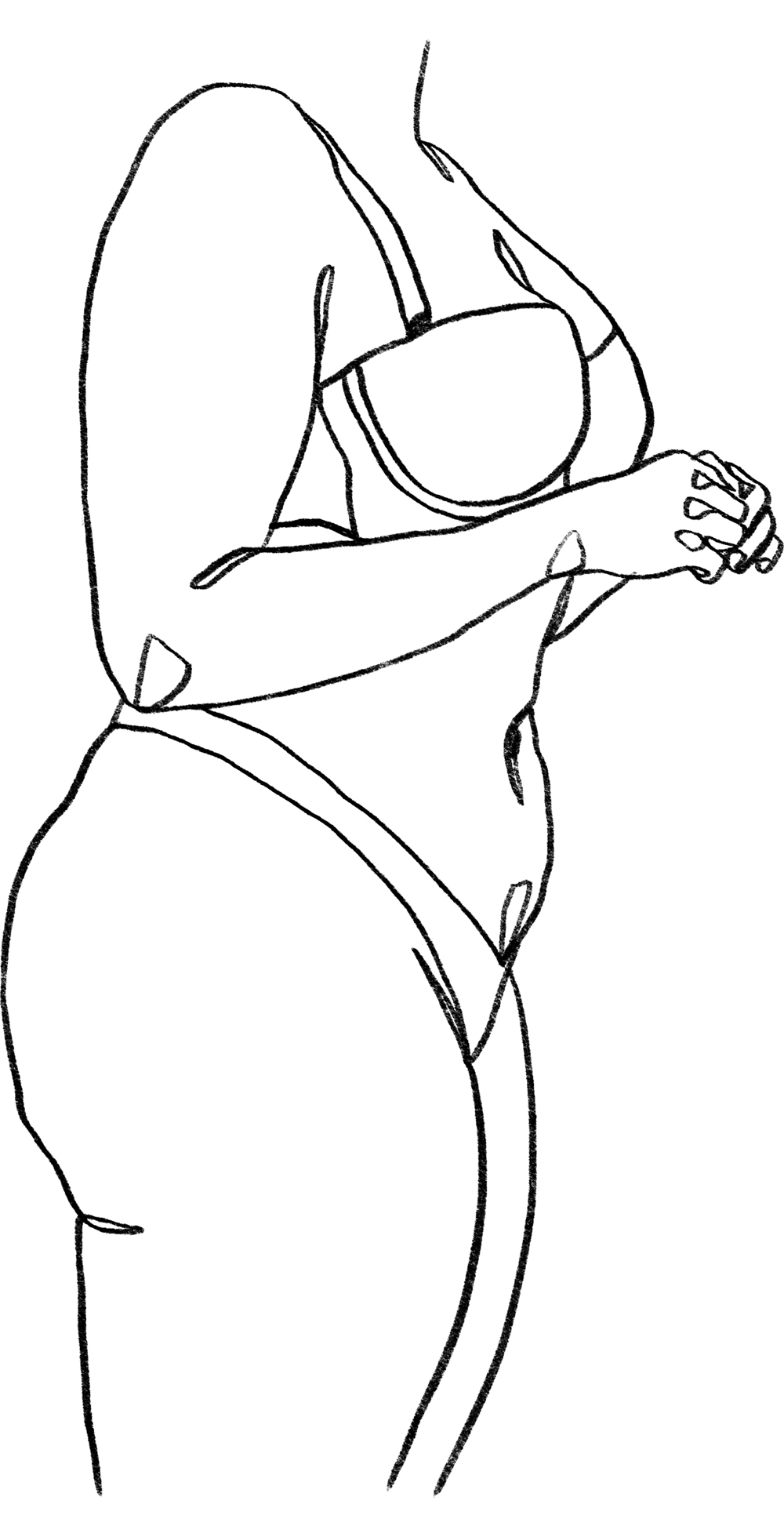 This goes hand-in-hand with having a mother who is overbearing and being too close to your mother. If your guy’s mom always told him that he was the best and deserved nothing less, he might have crazy high standards for partners. If she’s the picture of perfection, you’re going to have a hard time living up to his expectations. That’s assuming he’s given you a chance, to begin with.

Guys who feel like they’re perfect, even though no one is, may just play the field. They’re perpetually single because they refuse to “settle.” If you’re not fit, successful, a good housekeeper and cook, so on and so forth.. you’re lucky to get a second glance let alone a second date.

Let’s not forget that no one is perfect, including this guy. But if you try to suggest ways he can change, he’s unlikely to be willing to hear your criticism. He may simply lash out in anger, instead.

A common mommy issue manifests as an inability to do anything for yourself. If your guy can’t cook a meal, do his laundry, balance a checkbook or make a bed, he might have mommy issues. She was probably the type to do everything for him instead of teaching him how to do those things for himself. She was busy treating him like a kid, not raising a functional adult.

You know what’s coming next. Yes, he expects you to do everything for him. Why wouldn’t he? He’s never had to lift a finger himself.

Of course, your job is to be his partner, not his mother. Getting that message across, however, isn’t easy.

Like any relationship problems, mommy issues can lead to all sorts of problems. You might get fed up with this guy who might be immature, insecure, entitled and impossible to please. This can lead to resentment, and you might do something you’ll eventually regret after being in this position.

Fortunately, you can work through those issues, but only if he’s willing to admit he has problems that stem from his relationship with his mom. He’ll need to be open to criticism and working through issues, which might mean seeking the help of a professional.

The solution varies. You might just need him to grow up, understand you and help around the house. Or he (the two of you) may need to set boundaries with his mom, which may include limiting how long he talks to or sees her – or even how close he lives to his mom!

He may have to make her understand that you’re a priority and come first. She may not respond to these changes well, which could lead to a fractured relationship with her. Eventually, she may come around, but you can’t count on that. He may have to face the fact that he can have an unhealthy relationship with his mom that affects you (and your life together and potentially your children) or a distant relationship (or none at all) that allows you to be healthy and happy.

If he’s not mature enough to admit his imperfections and try to improve as a person, then breaking up might be the best option.

You Could Have Your Own Mommy Issues 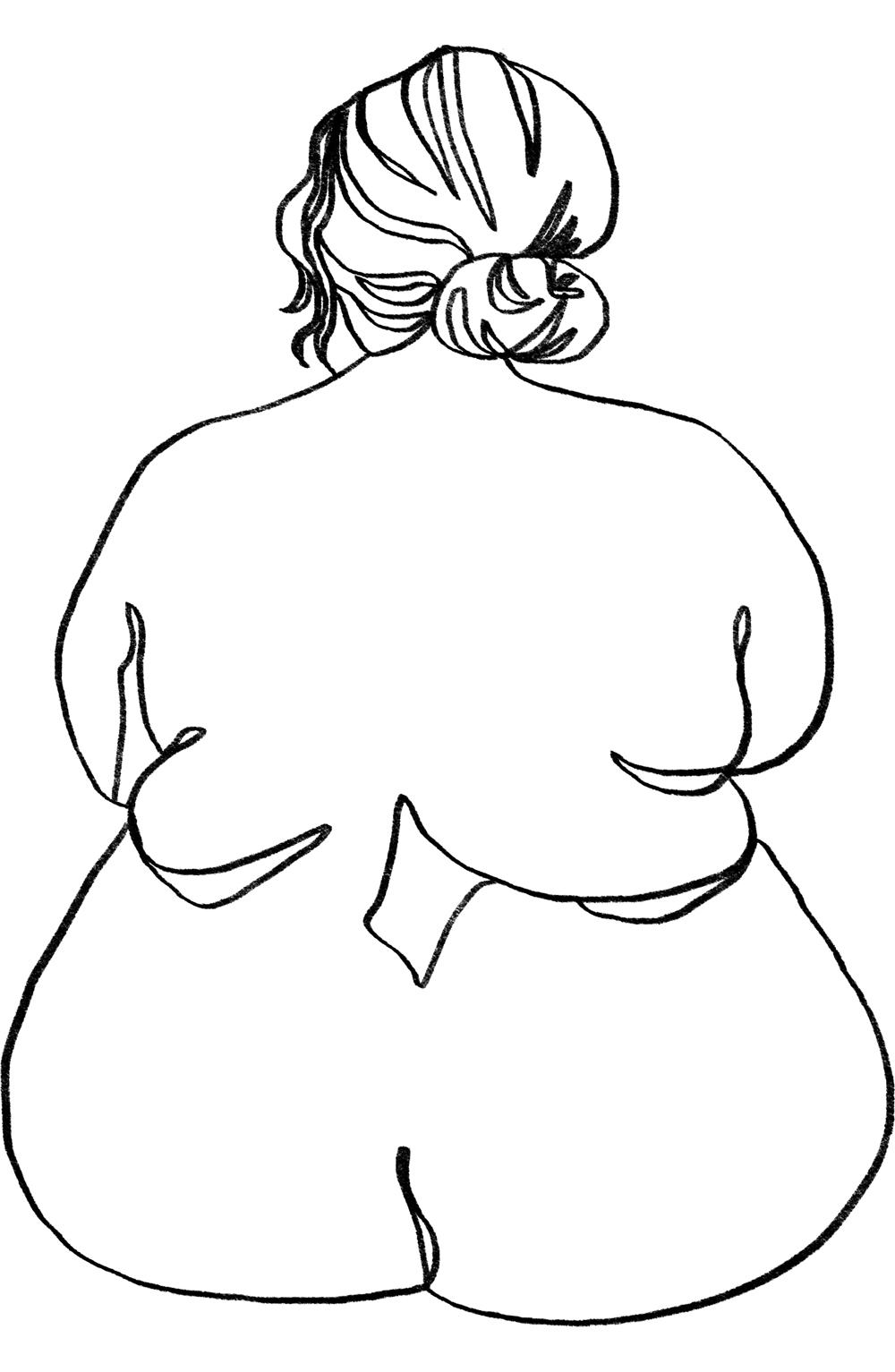 While we’ve thus far focused on a guy who has mommy issues, we’d be remiss if we didn’t mention that you can have mommy issues too. You can imagine how the mommy issues we listed above would look if they were your issues. You might be overly critical, have a fear of abandonment or expect so much from a partner that he could never live up to your expectations. Plus, the two of you can have your own mommy issues that combine to create even more significant problems.

Obviously, this isn’t any better than being in a relationship with someone who has mommy issues.  But when the problems are your own, it can be harder to recognize them. It’s usually easier to see what someone else is doing wrong or where they can improve than it is to look inside yourself.

We’re not saying that you can’t uncover and deal with issues. You absolutely can! But you have to be willing to do so. This might mean asking hard questions, being open to constructive criticism, and admitting that you’re not perfect. But this doesn’t mean that you’re not worthy of love.

One thing you might discover is that your unhealthy relationship with your mom makes you view others’ relationships with their moms incorrectly. If you don’t realize how overbearing your mom is, you’ll likely let her be too involved in your life. This might be hard for any partners, but it also might mean you think your man isn’t close enough with his own mom, even if they have a healthy amount of closeness.

Furthermore, the opposite might also be true. You might be quite independent and distant from your mom, so healthy, close parental relationships seem overwhelming to you. You’ve got to look at the bigger picture and at more than just your own relationship to see if mommy issues are present.

If you’ve realized that an issue within your relationship is actually your man’s mommy issue, you might be tempted to run in the other direction. Sometimes that’s the best course of action. But if your guy seems like he’s willing to change and work on himself, you might be able to have a happy and healthy relationship with him.

Turn Your Sex Life Up to 11 With These Sex Hacks!
Quickie 101: Amazing Sex in 15 Minutes or Less!