After you reach a certain age, it seems like people expect you to get married. After all, you don’t want to be the dreaded last-single-person in your group of friends, do you? However, marriage might be the last thing on you mind if you’re having fun dating, busy working or enjoying single life with family, friends and pets! 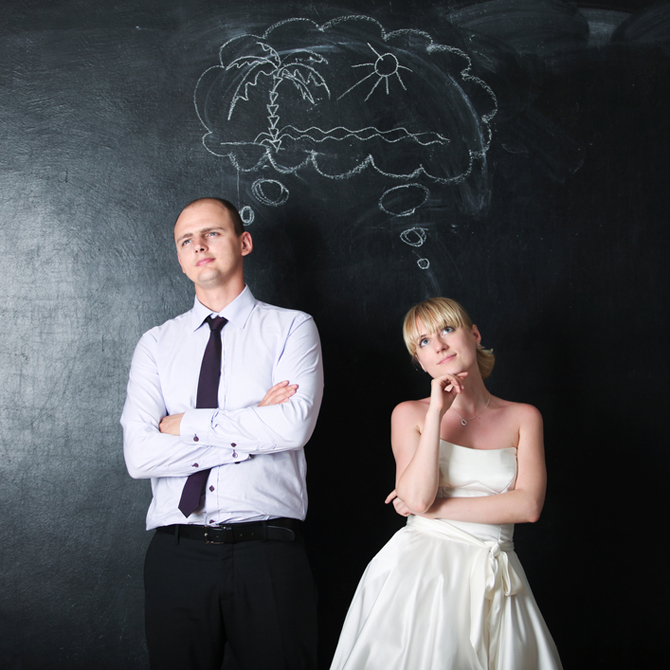 We’ve got nothing against casual dating or even no-strings attached sex (check out our guide here), and there’s nothing wrong if you’re one of those people who thinks “Why get married when I can enjoy playing the field?” But if your friends are partnering up at an alarming rate or your parents want to know whether you’re going to get married any time soon – or even if your partner is hinting at it – you might be giving some more serious thought to settling down. You might be surprised at all the reasons why people get married.

Why Get Married At All?

With fewer people getting married per year than ever before according to the CDC, you might wonder why get married anyway! After all, you’re a modern woman who doesn’t need a man, and there’s so much to do before you even think about marriage. However, there are still a few reasons why people get married to this day!

Whether there’s a ring on your finger or you’ve framed your marriage license, you’re showing both the world and your spouse how committed you are. Some people ask “Why get married?” if there’s no real reason, but this is enough for some people. A stable relationship doesn’t need marriage, but it can sure make you feel good inside. Plus, marriage can cement the idea that the two of you are a team who works together, and who doesn’t like the sound of that?

2. To Improve A Relationship

No relationship is perfect, but instead of considering getting married to fix yours, you might want to consider enlisting the help of a licensed professional to get you through those rough patches. Although the idea of getting married might bring you closer together and usher excitement into your relationship temporarily, those feelings will eventually wear off, and you’ll be left with the same problems you had before – only they might be worse this time around because you didn’t deal with them.

Sometimes people marry when they should break up, instead.  More on that here. If you’re looking for other ways to improve your relationship, check out these posts.

Whether you like it or not, being married provides benefits that couples who aren’t married won’t otherwise have. This includes the ability to file taxes together and to reap the benefits from being married and possibly having children. Furthermore, marriage makes it easier to legally share property, custody over your children and even to act as power of attorney during times of medical and other emergencies. This is why some couples get married even though they might be happily cohabiting.

Although many of these things can be achieved through other legal means, marriage streamlines the process and, often times, makes it more affordable because no additional paperwork or legal counsel are needed. Plus, being married allows spouses to share other government benefits and health insurance policies, which is why married couples often stay married even when they’re unhappy if one partner has health issues.

Arranged marriages are fairly uncommon in first-world countries, but they’re still common in some cultures. For example, Hindu and Islamic culture, some Arabs and even Amish people and Orthodox Jews in the United States still sometimes participate in arranged marriages because of tradition and/or religious beliefs. These marriages may be arranged by the parents and families of the betrothed or by community leaders.

Depending upon the situation, a person in an arranged marriage may get little to no say in their future spouse. In some cases, young people who will be married to each other never meet before their wedding day! These marriages are based on reasons of logic and tradition rather than emotion, which can seem quite bizarre to people in the Western world. However, these marriages can be successful because expectations of those cultures differ from our own.

The term “shotgun wedding” arose when a young couple was forced to get married because the man, who had impregnated his girlfriend, was facing the barrel of her father’s shotgun. While it’s no longer expected that you’ll get married just because you’re pregnant – and shotguns would certainly lead to involvement of the authorities! – it’s definitely not uncommon for couples of all ages to get hitched after seeing a positive pregnancy test!

Here’s the thing, though: pregnancy is totally preventable, and both you and your partner should be researching birth control options. This ensures that you know how to properly use condoms and you’re aware of the failure rates – because no birth control is perfect. In this day and age, it makes little sense for an accidental pregnancy to leave you tethered to someone who you may not know – or like – very much at all!

And for a woman who is thinking of using pregnancy to “trap” her man in marriage? Don’t! More often than not, you’ll both grow resentful, but for different reasons. If there’s really relationship potential, try these tips for reconciliation. If you’re trying to fix a long-term relationship, again, a professional counselor might offer insight the two of you have missed.

Read on if you’ve got worries about the financial implications of having a baby, too.

Economic downturns, rising costs of college and a plethora of other factors mean that being alive is pretty costly. It just makes sense to share a home and all the responsibilities and costs that go along with it. However, you don’t have to get married to do that. Just look at many European countries, where lovers don’t feel it’s necessary to be legally married in order to share their lives, including finances, a home and children, together.

Although cohabitation isn’t as common in the United States, it’s definitely picking up speed, and living with your partner while you think about getting married, even if you decide against it, is no longer considered immoral like it once was. Of course, you don’t want to move in with someone who you just met, so it might be a better idea to look for a non-romantic roommate or even live at home to save money rather than getting married. It might be cheaper now, but you could pay the price later.

The romantic in us all would have you believe that there’s no better – or other – reason to get married than because you’re in love (find out if you are in this post) but love may not be enough. You can be in love with and even want to marry someone who doesn’t help you better yourself, lacks long-term potential or is abusive. Even if you’re a relatively good match, communication issues that arise can lead to divorce if you don’t work on them  as early as possible in your relationship and marriage. And if one of both of you doesn’t have a realistic view of the type of work marriage requires, working on your relationship might be much harder than it has to be.

Love is one of many reasons to get married, and it definitely creates a good foundation. But you’ll also want to think about life goals, morals, communication styles and how your families mesh when you’re thinking about getting married!

Of course, marriage isn’t the best idea for every couple. Although reasons to get married based on money or pregnancy may seem dire and like they need an answer right now, that long-term commitment might actually be a mistake if you’re not choosing the right partner. This post offers advice on whether your man is Mr. Right or Mr. RightNow.

If you’re considering the possibility of marriage, it might be better to ask yourself “Why get married now?” rather than whether you should get married at all. After all, your wants and needs will change as your life situation, relationships and even knowledge of yourself change. You might want a traditional marriage, you may find yourself marrying later in life or you may realize that marriage isn’t for you after all, and all those things are okay!

Do Guys Like Shy Girls? 5 Reasons the Answer is “Yes!”
Use Sexual Communication for Complete Sexual Fulfillment