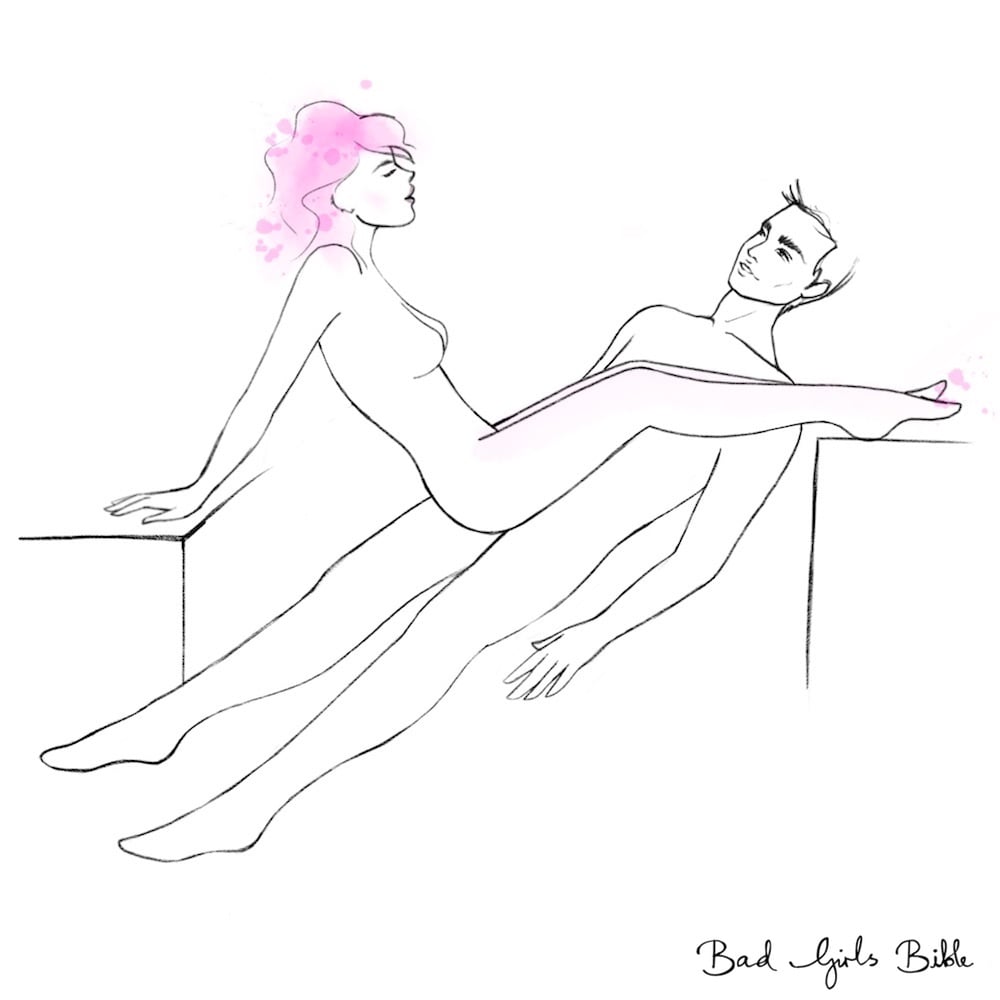 To set up the Little Dipper position, you need a bed/sofa and a sturdy chair/footstool. Your man needs to lie down on the floor on his back in between the bed and footstool. You are then going to position yourself over him and sit down on his crotch. You need to then place your feet on the footstool and your hands behind you on the bed. You are then going to lift yourself up and down on your man using your arms like your would if you were performing bench dips in the gym.

What The Girl Does In The Little Dipper Position

In the Little Dipper position, all you are going to do is just raising yourself up and down on top of your man using your arms.

Like I’ve already said, the Little Dipper is a novelty position, so you will find that you will only be able to last 10 – 60 seconds in this position before your arms turn to jelly, and you can’t lift yourself up anymore. When you can’t lift yourself up on your man anymore, try just sitting down on him and grinding instead to give your arms a rest.

An alternative way to perform the Little Dipper that will allow you to last a little bit longer is to just hold yourself in position while your man thrusts in and out.

Because you’re so exposed, you might want to learn how to be confident when on top.

What The Guy Does In The Little Dipper Position

Your man won’t be doing much in the Little Dipper position. If you are holding yourself still, then he can thrust into you. Or if you are grinding on him, then he can use his hands to give you some clitoral stimulation.

He may need to put some pillows under his butt in the Little Dipper to elevate himself so he can adequately penetrate you.

Things To Consider When Performing The Little Dipper Position

Like I have said twice already, the Little Dipper is obviously a novelty position. You won’t get a whole lot of satisfaction and joy out of it. Even so, I have managed to get some interesting feedback on it from students of the Bad Girls Bible: This one’s easier because your man is sitting. This is the opposite of the Little Dipper. Your man will be doing all the work in this position. A much easier version.

More exotic sex positions like these can be found here.

Even though the Little Dipper is a novelty position that looks a little ridiculous, I still think that you should try it out with your man just to keep things interesting in the bedroom. At the very least it will give both of you a few laughs. But if you are interested in learning some more pleasurable sex positions, then make sure to check out my section on the best sex positions.