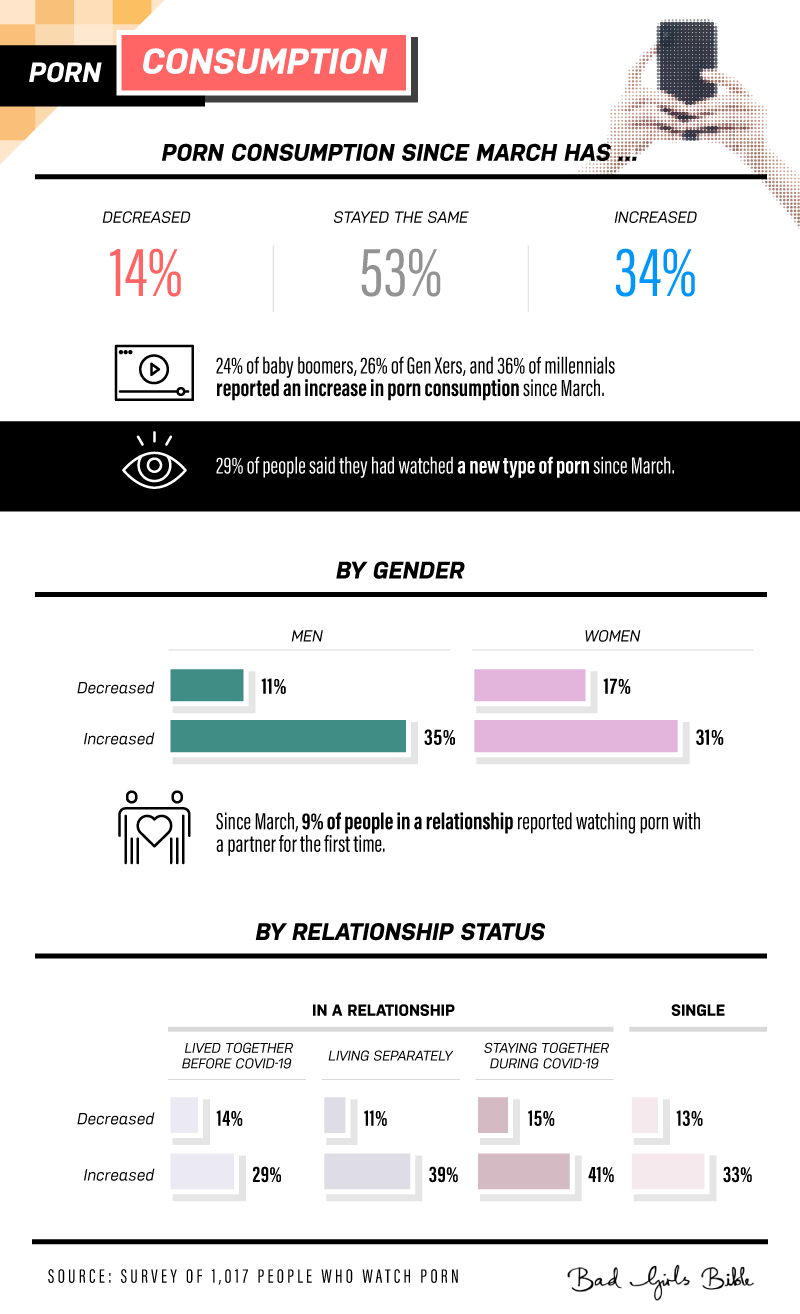 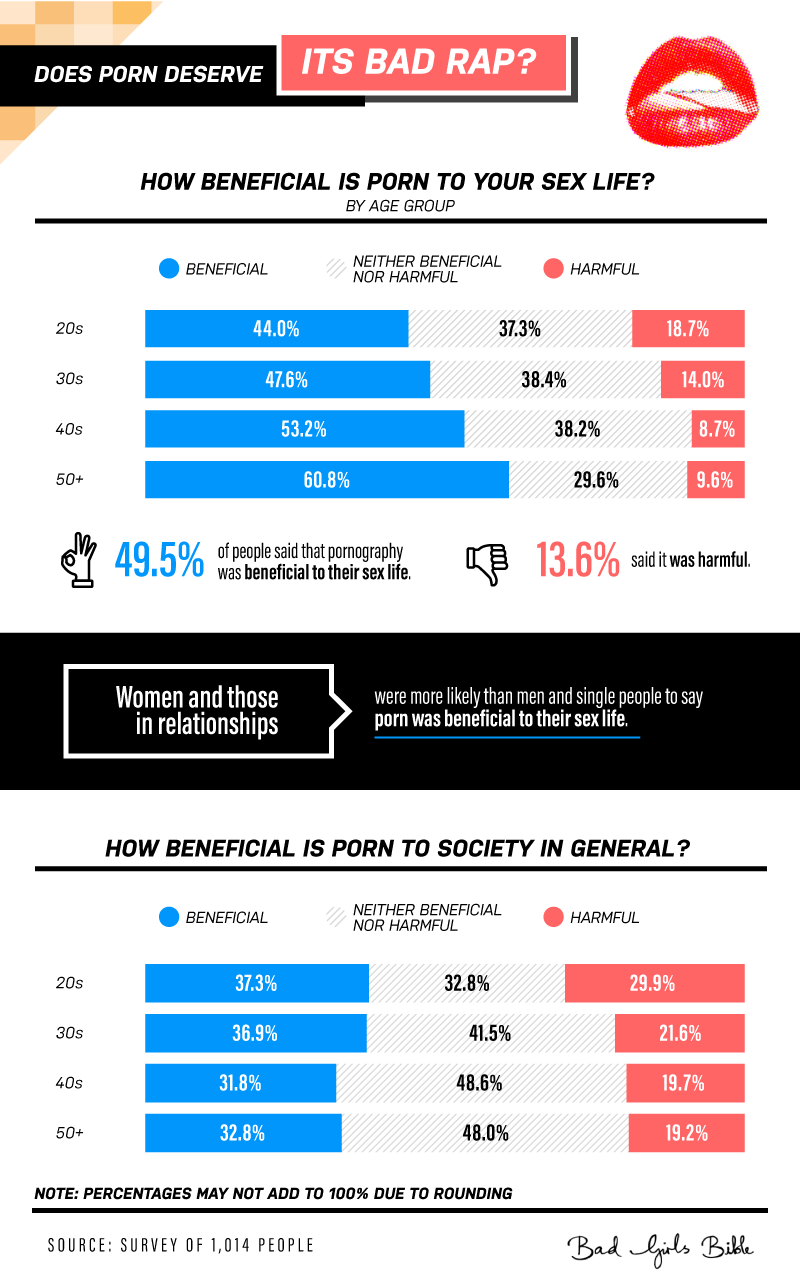 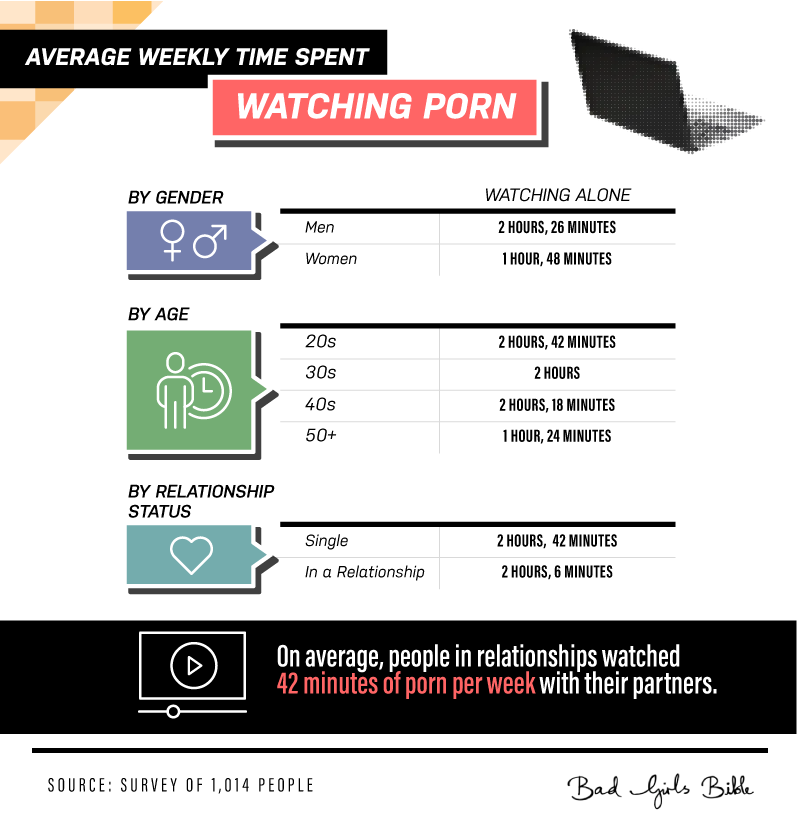 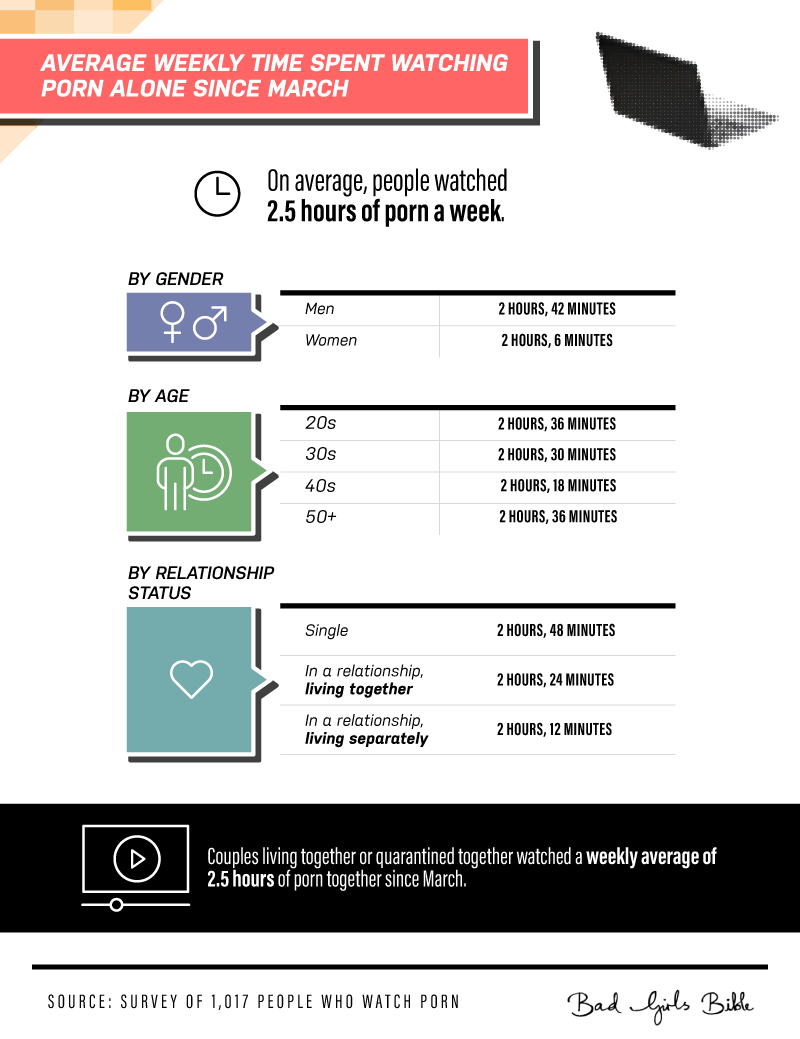 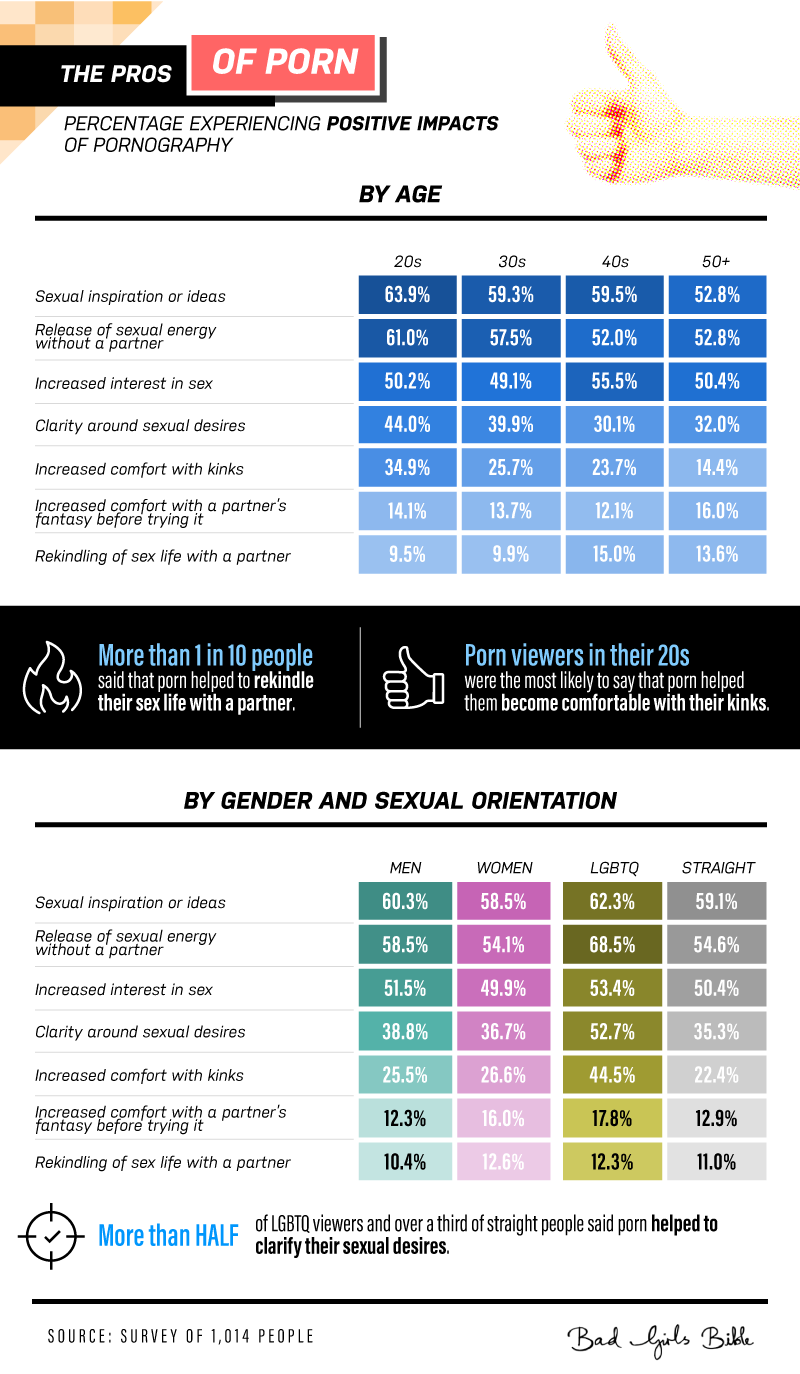 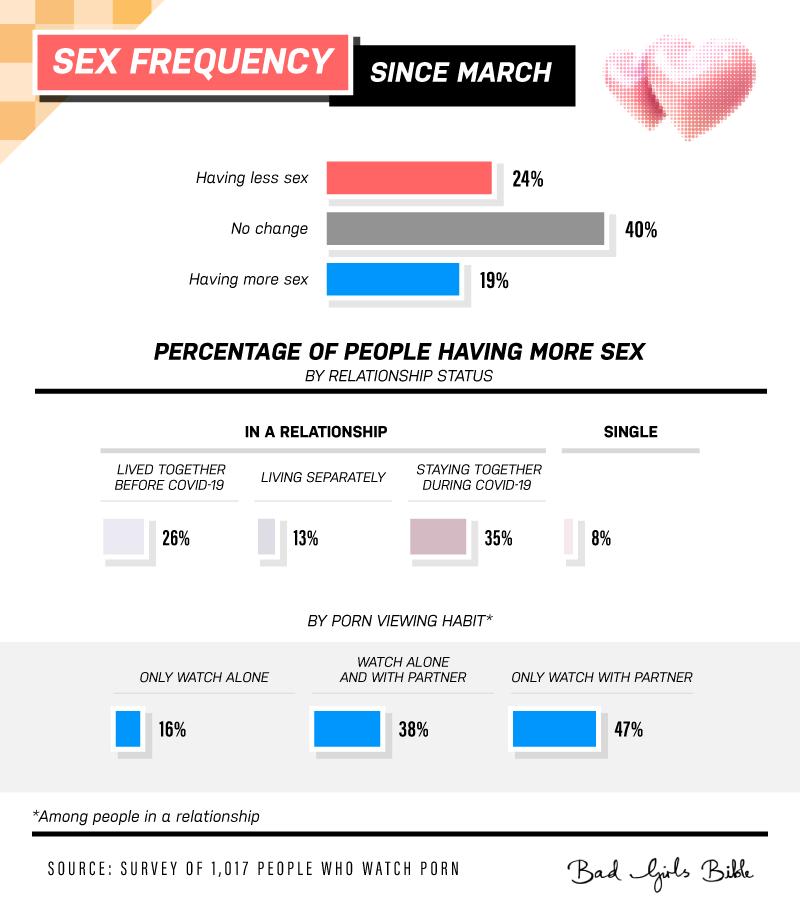 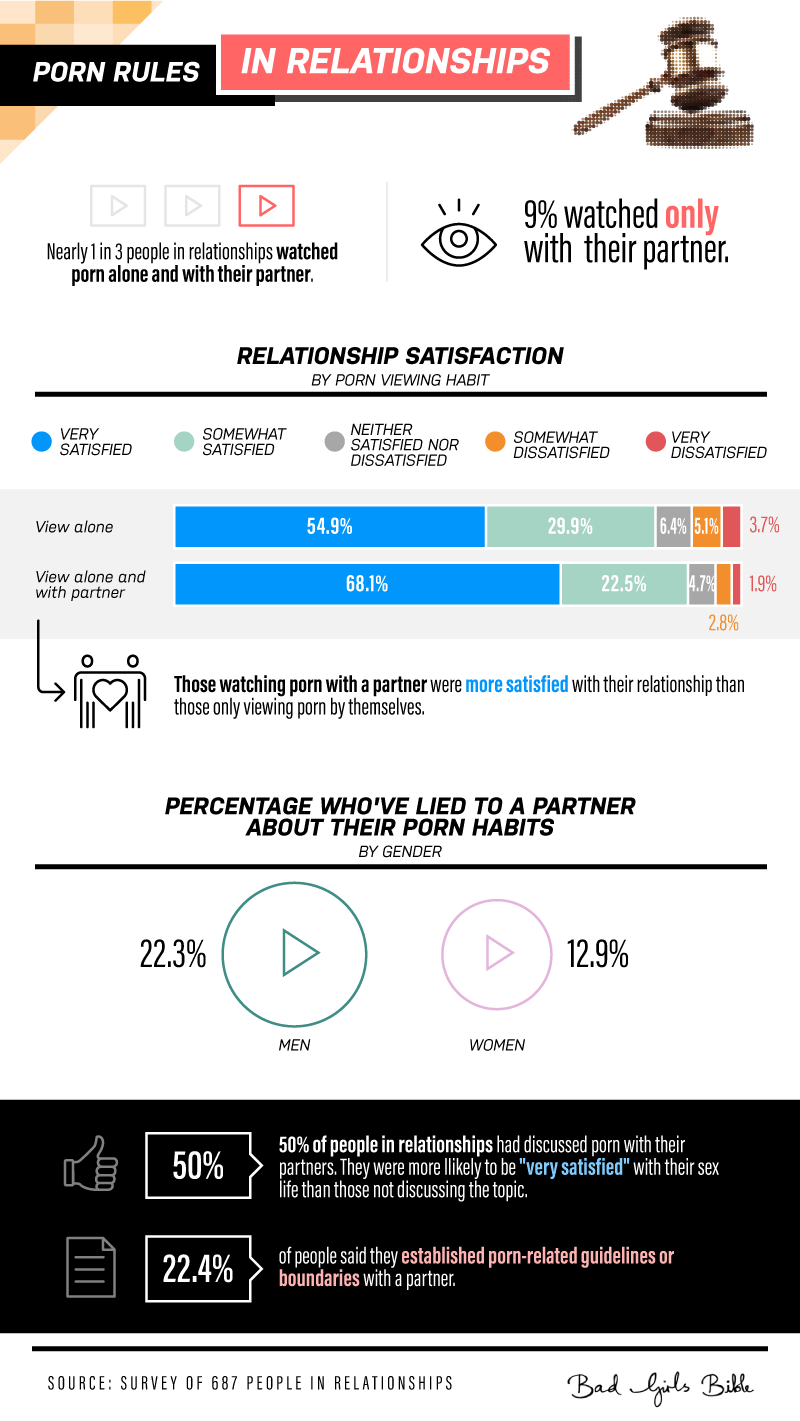 Ultimately, our data revealed that pornography can be more than just sexual – it can be educational, stress-relieving, and even inspirational. Respondents, by and large, enjoyed it and felt they stood to learn something from it. They were thankfully willing to share intimate details of their sex life with their partner, as well as their solo behaviour, giving us a data-backed view of how pornography looks in the average American life.

And if there’s anyone who’s a proponent of useful sexual talk, education, and inspiration, it’s the Bad Girls Bible. The Bad Girls Bible is your guide to intense sex, more orgasms, and a deeply passionate relationship, with yourself or various partners. If you’re interested in improving your sexual skills and understanding how to please your partner, head over to BadGirlsBible.com today.

Participants ranged in age from 18 to 78 with a mean of 37.5 and a standard deviation of 11.6. Participants were notified that the study contained sensitive and sexually explicit material before they could opt in.

Participants in this survey ranged in age from 18 to 78, with a mean of 35.6 and a standard deviation of 11.1. Participants were notified that the study contained sensitive and sexually explicit material before they could opt in.

We excluded outliers in the numerical data. Responses were not weighted nor statistically tested and are based on self-report and subject to inherent issues such as telescoping and recency bias. This study is based on means alone and is purely exploratory. The average pornography consumption times and attitudes of pornography were collected with a different sampling of respondents than the visuals related to COVID-19.

Surprised by some of our pornography consumption findings? Feel free to share this with anybody who you think may benefit, but be sure the use is noncommercial and to link back to this page to provide proper credit.