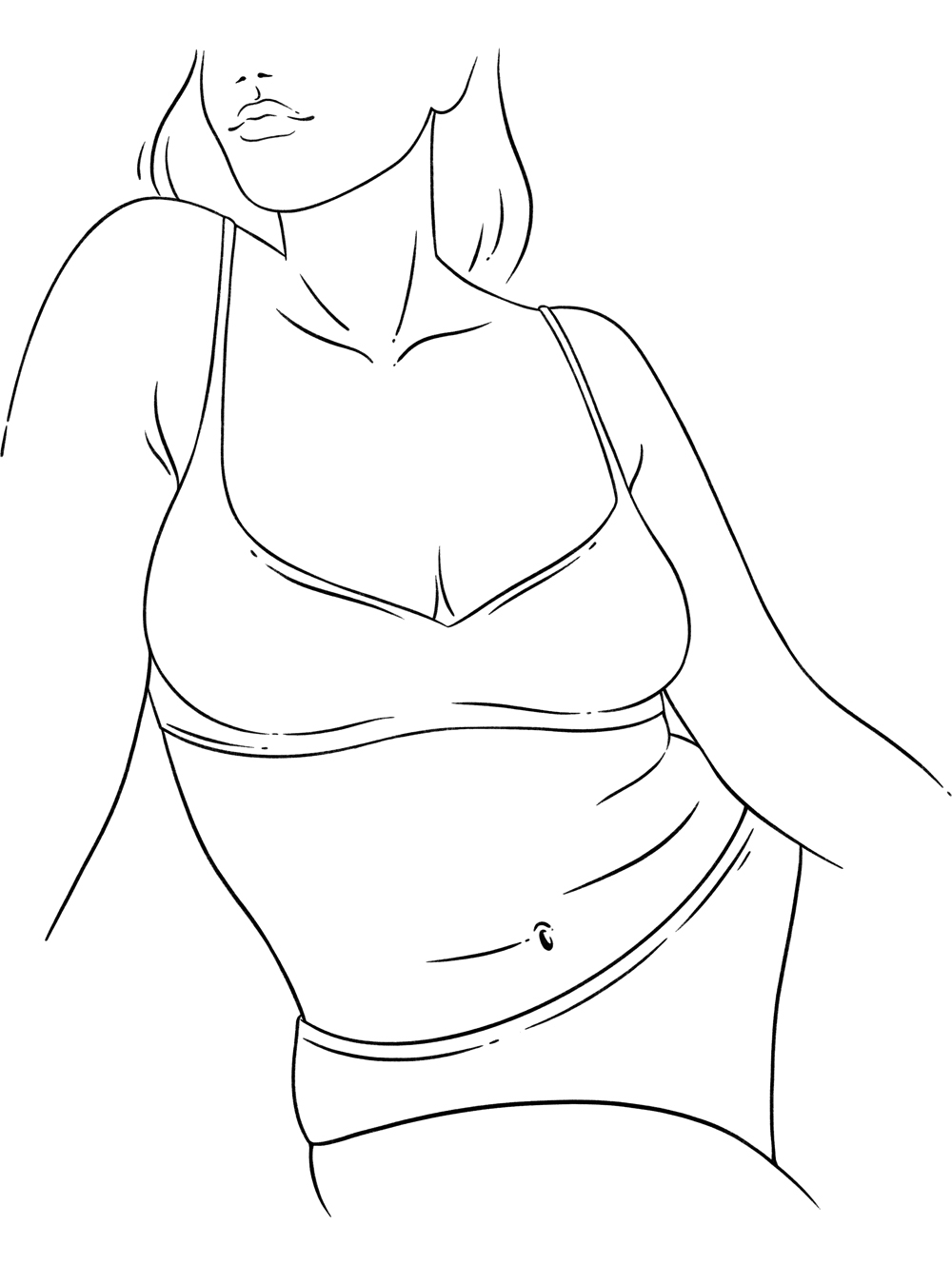 The friends with benefits (FWB) relationship is defined as friends who are sexual partners, yet they are not involved romantically, and the sexual engagements aren’t emotionally fueled [1]. This type of relationship involves having regular hookups, not just a single encounter, and while these relationships can vary, they usually fall somewhere on the spectrum between friends and partners. There’s no commitment or monogamous relationship to worry about, and people engaged in this type of relationship don’t view it any different from regular friendships apart from their sexual behavior.

Although the term, “friends with benefits” is fairly new, and made popular by the recent movies, Friends with Benefits and No Strings Attached, it’s doubtful that this type of relationship is really new. As causal sex becomes more acceptable and prevalent, an increasing number of young people report engaging in these relationships. One study reported that 54.3% of men and 42.9% of women studied reported at least one friends with benefits relationship in their lifetime [2].

The idea of a friends with benefits relationship often seems simple – casual sex with a good friend with whom you feel comfortable, and none of that emotional baggage that often comes with romantic relationships. Unfortunately, this type of relationship has several common problems. One of the biggest negative aspects of the FWB relationship is the chance that one partner will develop feelings and the relationship will then become one-sided [3]. Another potential problem is the potential for complications and awkwardness that may arise in the friendship during and after the relationship. Since there are many gray areas in these relationships, it can often make it difficult to communicate, complicating the friendship.

In some cases, an FWB relationship may also take a toll on your mental health, particularly in females. One study found that “females who had a history of casual sex reported the most depressive symptoms [5].” Another study that looked at the association between casual sex and mental health in emerging adults found that casual sex is associated with psychological distress, and it may increase the risk for negative psychological outcomes [6].

Rules to Follow in a Friends with Benefits Relationship 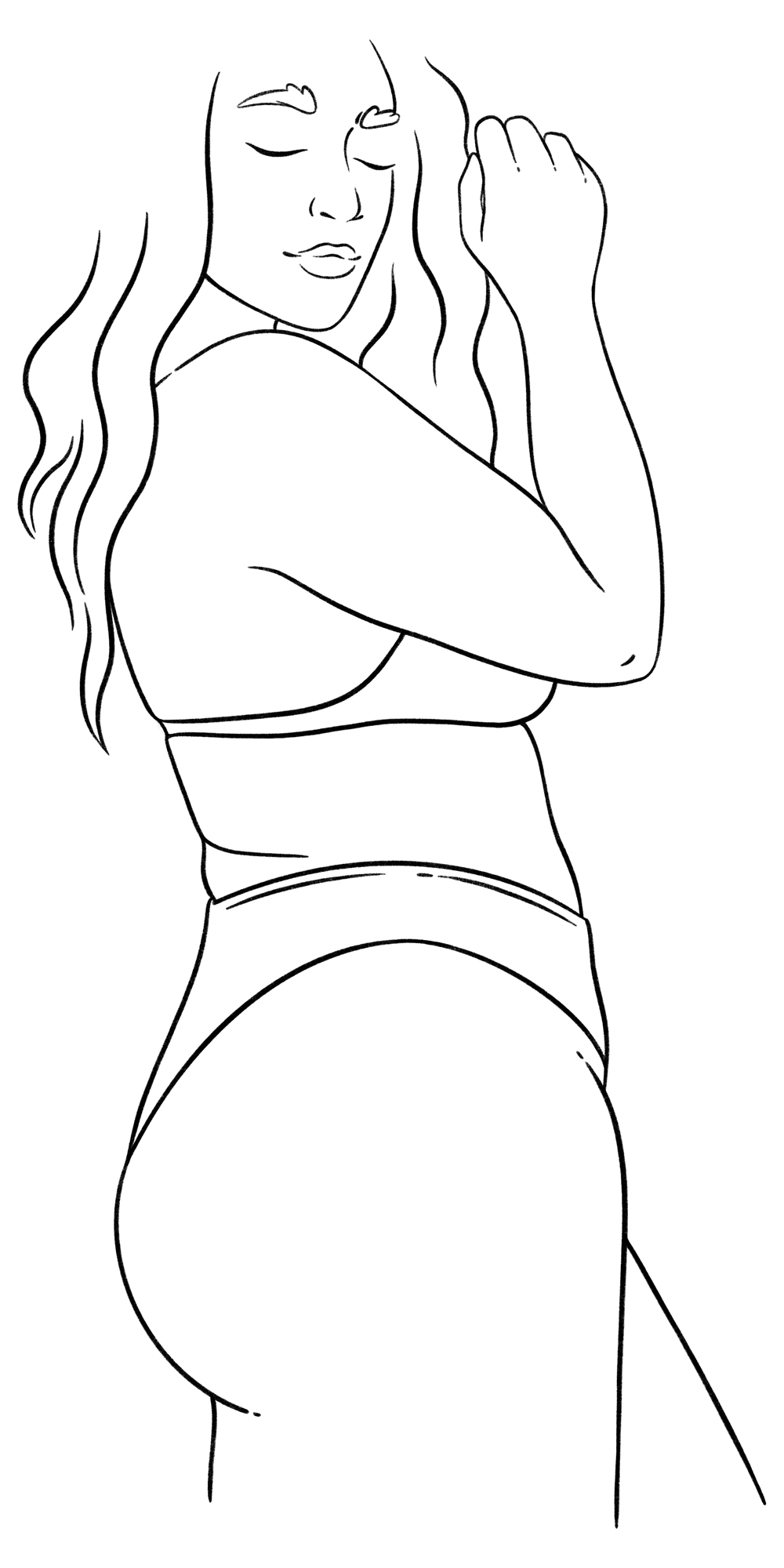 While a friends with benefits relationship comes with certain benefits, it does come with some big potential drawbacks as well. To minimize the potential for problems, it’s important to set up some ground rules for the FWB relationship. The rules can vary from relationship to relationship, but the following are some common rules to follow that can keep the relationship fun and reduce the risk negative psychological outcomes.

One of the main concerns with friends with benefits relationships is relationship uncertainty, which is why it’s important to keep things light, fun, and flirty [3]. Allowing uncertainty to constantly cloud the relationship turns it into a downer that can quickly turn toxic. Focus on keeping things fun and light, avoiding heavy topics or talking about the future of the relationship.

While this isn’t a committed romantic relationship, it’s still important to do things that maintain the relationship. Maintenance behaviors like avoiding negativity and flirting can keep the relationship fun and exciting [7]. The whole point of these relationships is to have fun and release some sexual tension, but it’s very easy to start settling into a comfortable routine with the relationship. Skip the comforting activities that often come with committed relationships and stick with sexy, flirty activities, such as attending parties, going dancing before a night together.

Rule #2 – Do Make Sure You’re Being Safe

Even though you’re not involved in a serious relationship, just as with any other type of relationship, you do need to make sure you’re having safe sex. Friends with benefits relationships are considered a type of casual sex, and studies examining casual sex have found that condoms are used less frequently by people who had four or more sexual partners in the past year, those who have been previously infected with STDs, and those who combine casual sex and alcohol intake [8].

Other studies done on the types of stipulations FWBs often have regarding sexual activity reported that safe-sex contraception practices are very important. Some friends even come up with plans of what they will do if contraception measures fail and pregnancy occurs [9]. Even though it may feel uncomfortable, talking about protection, contraception, and STD testing up front is essential to having a safe FWB relationship.

Rule #3 – Be Honest and Communicate

Check out these tips for talking about sex, which can be beneficial with FWBs.

Rule #4 – Don’t Meet Up Too Often, Avoid Long Dates, and Beware of PDA 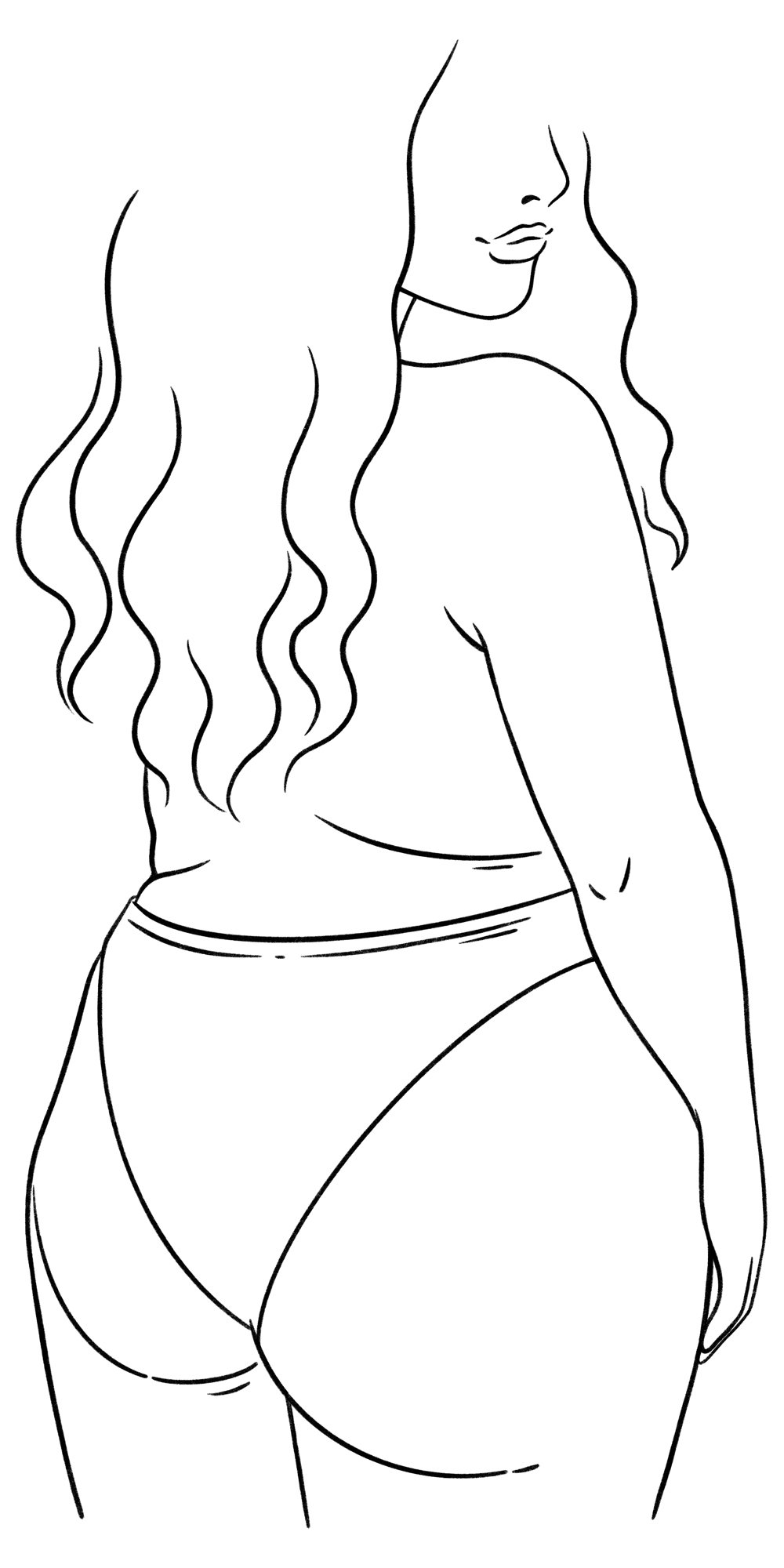 Start meeting up too often and it’s easy to get comfortable in the relationship, resulting in someone’s feelings taking a romantic turn. Go on long dates, and you’re crossing into the relationship zone, which can quickly turn into a problem if one person develops deeper feelings. It’s usually best to avoid getting together unless you’re having sex or you’re seeing each other with a group of friends. Avoid romantic communication like calling each other the next day after a meetup to catch up. Avoiding public displays of affection can also be important. Most FWBs decide not to be physical unless they are in the bedroom together, which can help prevent the relationship from drifting into something more serious [9].

While you shouldn’t expect monogamy, you may discuss whether or not you’ll be monogamous with your friend. Some FWBs decide to be monogamous while involved in the FWB relationship. Once again, it’s important to communicate with each other. Make sure you’re on the same page about whether you’ll be monogamous or not so there are no surprises in the future.

It’s important to be careful with your sexual health whether you’re mongamous or not. That means using condoms (learn how to use a condom), checking for signs of STIs and getting tested perodically because not all STIs have symptoms.

Since you’re probably enjoying your friends with benefits relationship, you definitely want to keep your partner coming back. It’s all about having fun and making sure you’re both getting the sexual fulfillment that you want. If you want to hang on to this relationship, then you will need to bring your ‘A’ game to keep your partner coming back. After all, one of the main reasons that FWB relationships end is because one person gets interested in someone else and decides to pursue that person. Loss of sexual interest is another common reason for terminating the FWB relationship [13].

Keeping things ‘hot’ and bringing your best into the bedroom is essential if you want the relationship to continue. Since you’re engaging in repeated sexual encounters, it’s important to avoid boredom. The good news is that since you’re probably comfortable with each other, FWBs are often able to become more sexually adventurous in the bedroom [1]. It’s the perfect time to talk about indulging each other’s’ fantasies and pushing your boundaries a bit to keep things interesting. 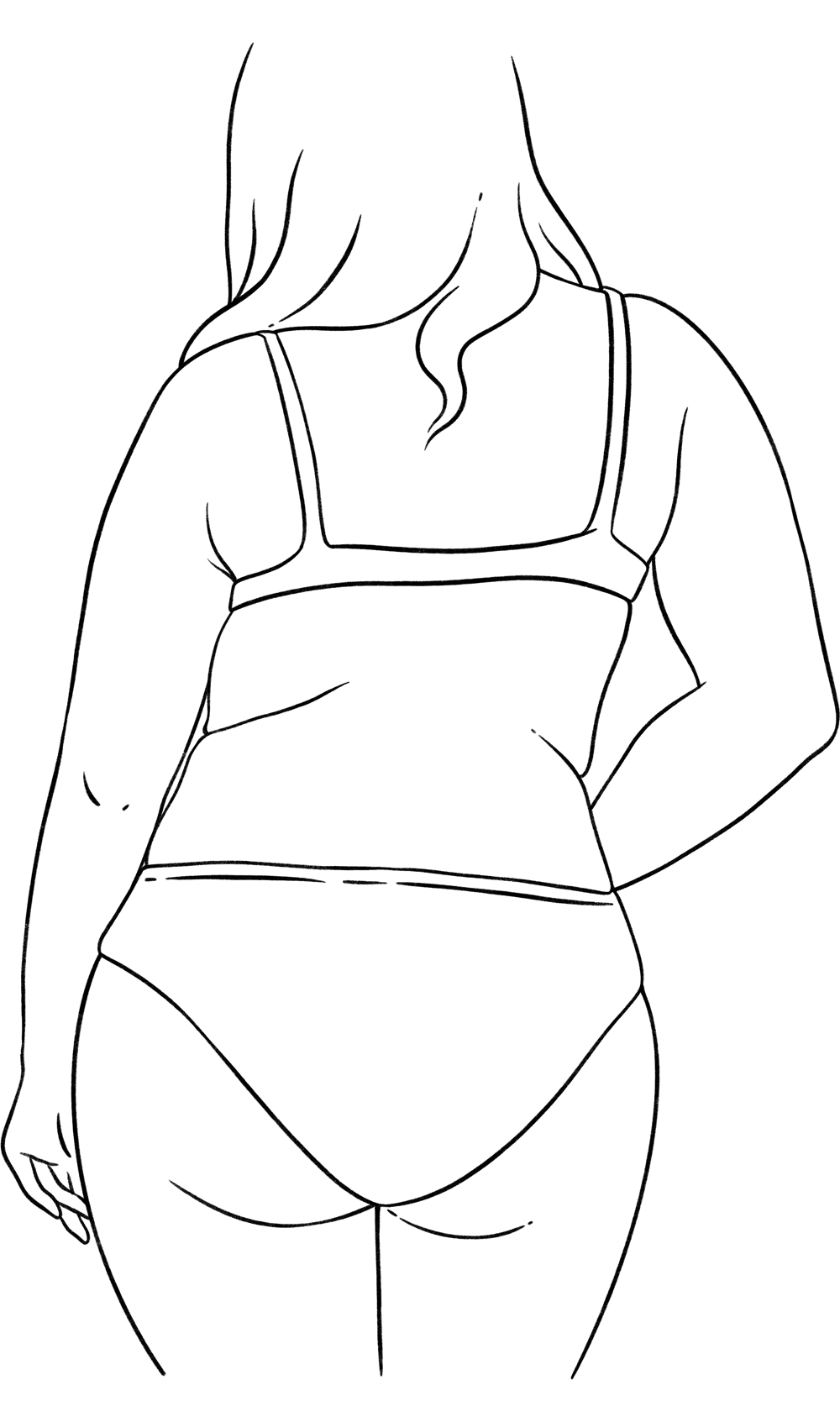 Remember, while the FWB relationship is a blend of physical intimacy and friendship, it’s not a committed romantic relationship, so don’t expect it to be like one [15]. Adding the constraints that may come with romantic relationships to the FWB can make you more likely to deal with negative emotional actions in the future.

While you shouldn’t expect your FWB relationship to be like a romantic relationship or deeply fulfilling, in some cases, partners do find a lot of fulfillment in this type of relationship, particularly if they have communicated rules beforehand and continue to have good communication throughout the FWB relationship. 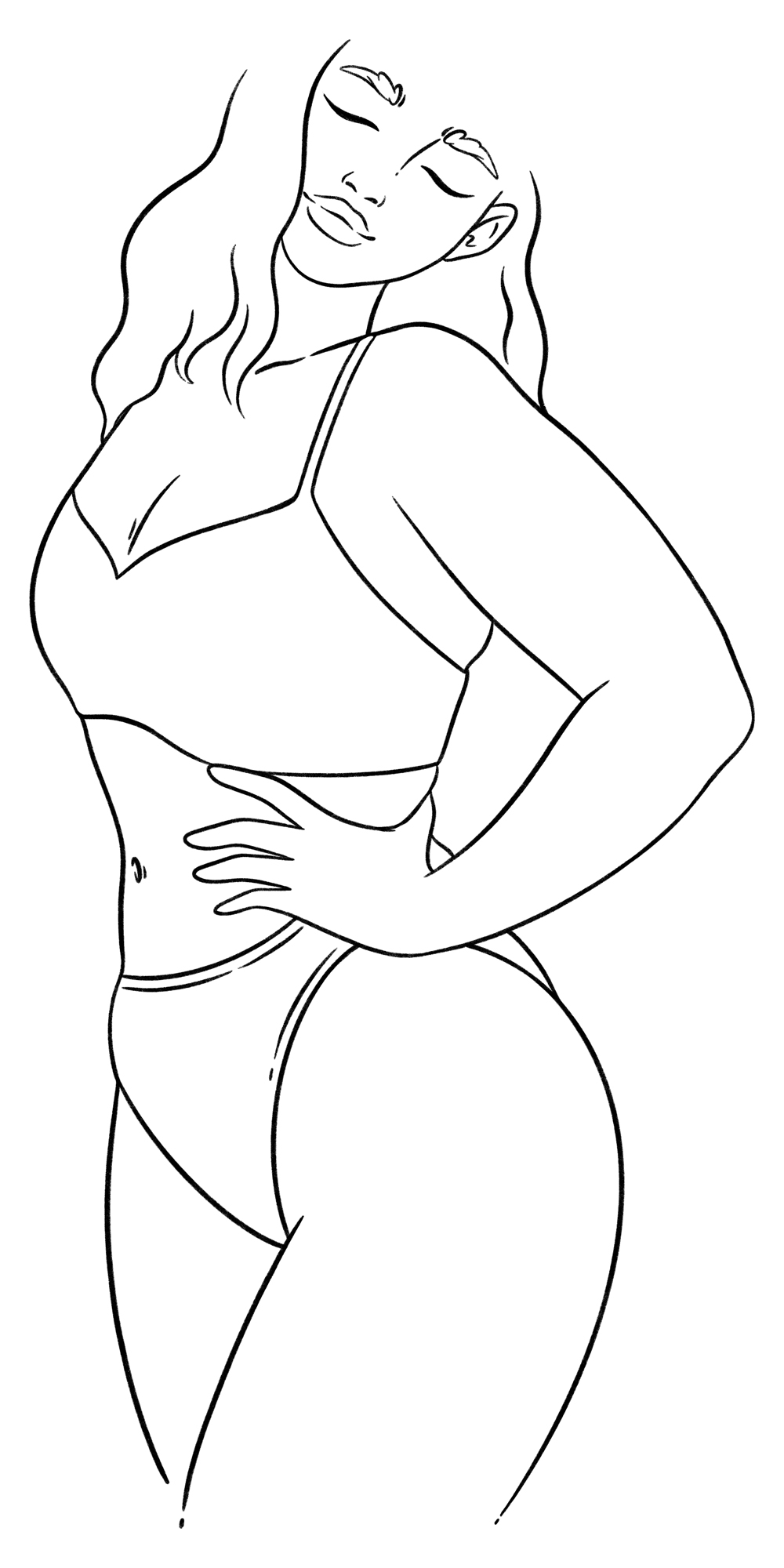 FAQ #1 – I’m starting to develop feelings in my friends with benefits relationship. Should I tell him?

Communication is an essential part of a successful friends with benefits relationship, and when one person develops feelings, it can turn into a problem if it’s not addressed. You should tell him that you’ve developed feelings, but you should be prepared for this revelation to potentially end your FWB relationship. Talking about your feelings will help you reduce uncertainty about the future of your relationship, and if it’s not going anywhere, it’s time for you to get out before you get hurt even worse [16].

Of course, keep in mind that men also become emotionally involved in casual FWB relationships. Even when involved in ‘no strings attached’ relationships, a significant portion of men has a desire for emotional connection with their partners [17]. It may be worth the risk to let him know about your feelings so you can find out if he’s feeling the same way.

FAQ #2 – Does a friends with benefits relationship ever turn into something more?

In many cases, a friends with benefits relationship never turns into anything more. However, sometimes these types of relationships offer a way to ‘test the waters’ to see if you’re compatible sexually [16]. It’s possible that the relationship may turn into something more, but you should never count on it or go into the relationship expecting it to turn into a romantic relationship in the future.

FAQ #3 – Is there a difference between friends with benefits and just “hooking up?”

Related: How To Have A One Night Stand (& Thrilling Sex)!

FAQ #4 – I’m seeing a guy who wants to be friends with benefits, but I want something more. How do I turn it into a real relationship?