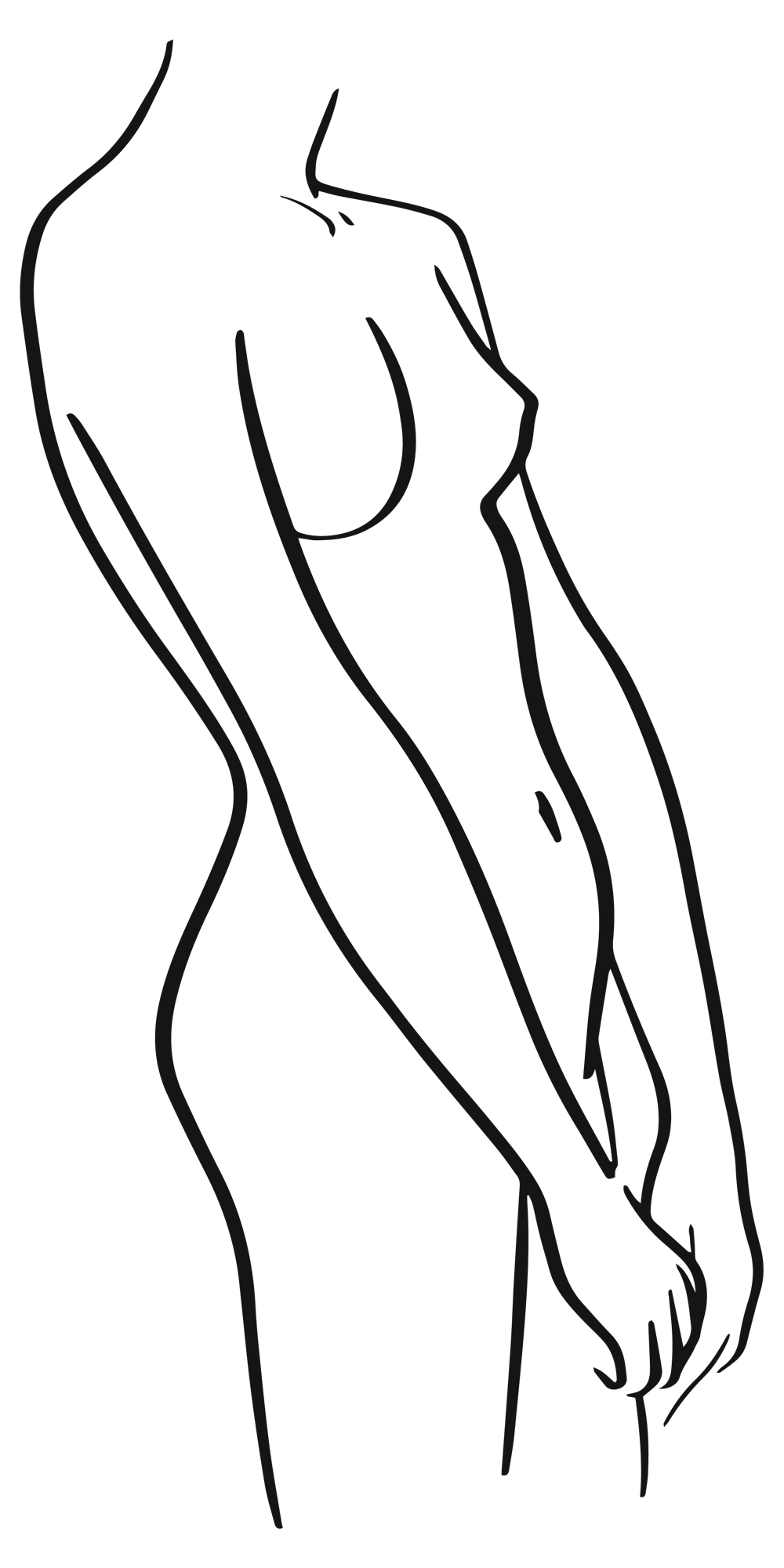 Read on to learn about the different types of nipples and what men think about them.

Anatomy of a Breast

Your breast has a darker patch of skin known as the areola, which surrounds your nipple. Some people call this part the nipple, even though it’s incorrect. However, our list of nipple types will include some differences in areolas as well as the nipples themselves.

Areolas can differ. For example, they might be wider or smaller, so the ratio of nipple-to-areola is different. They may vary in color, being darker, paler, redder, pinker or more brown. This is all normal. No two pairs of nipples look alike, just like every vagina is different (read more about this).

You might consider these nipples normal. When not erect or cold, the nipples are raised from your areola. But when you’re feeling frisky or chilly, then your nipples become erect — more firm and protruding.

Some women have nipples that protrude even more than usual, which means they can’t go braless if they want to hide the sight through their clothing. There are even inserts for your bras to hide protruding nipples.

When your nipples protrude, they’re perfect for nipples clamps, which some people like to use as part of their bondage scenes. Or you might want to wear some sexy lingerie that shows off your nipples. Cupless lingerie and pieces with slits in the breast area will do the trick.

Discover how to pick the perfect lingerie for your body type. 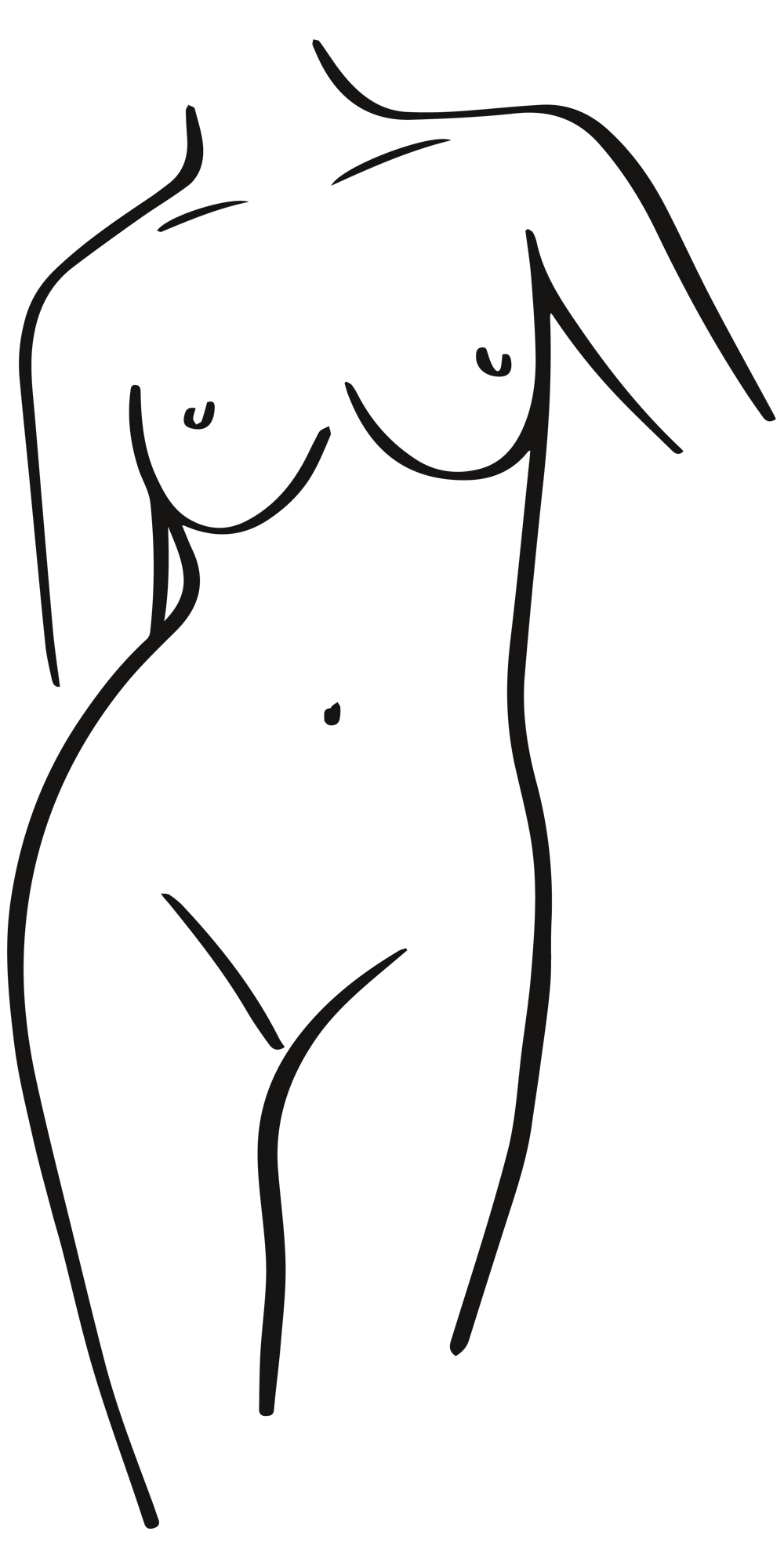 This nipple type could be described as an “innie.” It’s not just flat; it’s inside out. It’s completely normal and often not uncomfortable, but inverted nipples can make breastfeeding difficult or impossible.

Inverted nipples are graded to determine severity. The three grades are as follows:

If your nipples have always been inverted, there’s usually no problem unless you’re struggling to breastfeed. In fact, you’re not alone. As many as 35% of women have flat-ish nipples with 10% of women having inverted nipples [1].

Read: 10 Ways to Use Nipple Play During Sex

A newly inverted nipple could potentially be a sign of breast cancer, so it’s smart to talk to your doctor.

What if one nipple is everted, but the other is inverted? Then you’re got what is known as unilaterally inverted nipples. The grade above still applies to your single inverted nipple.

Technically, it’s your areolas that are bumpy. Most nipples have a vaguely raspberry-like texture, which isn’t perfectly smooth. It’s also normal for the area around your nipples, your areola, to be bumpy. These bumps are your Montgomery glands. 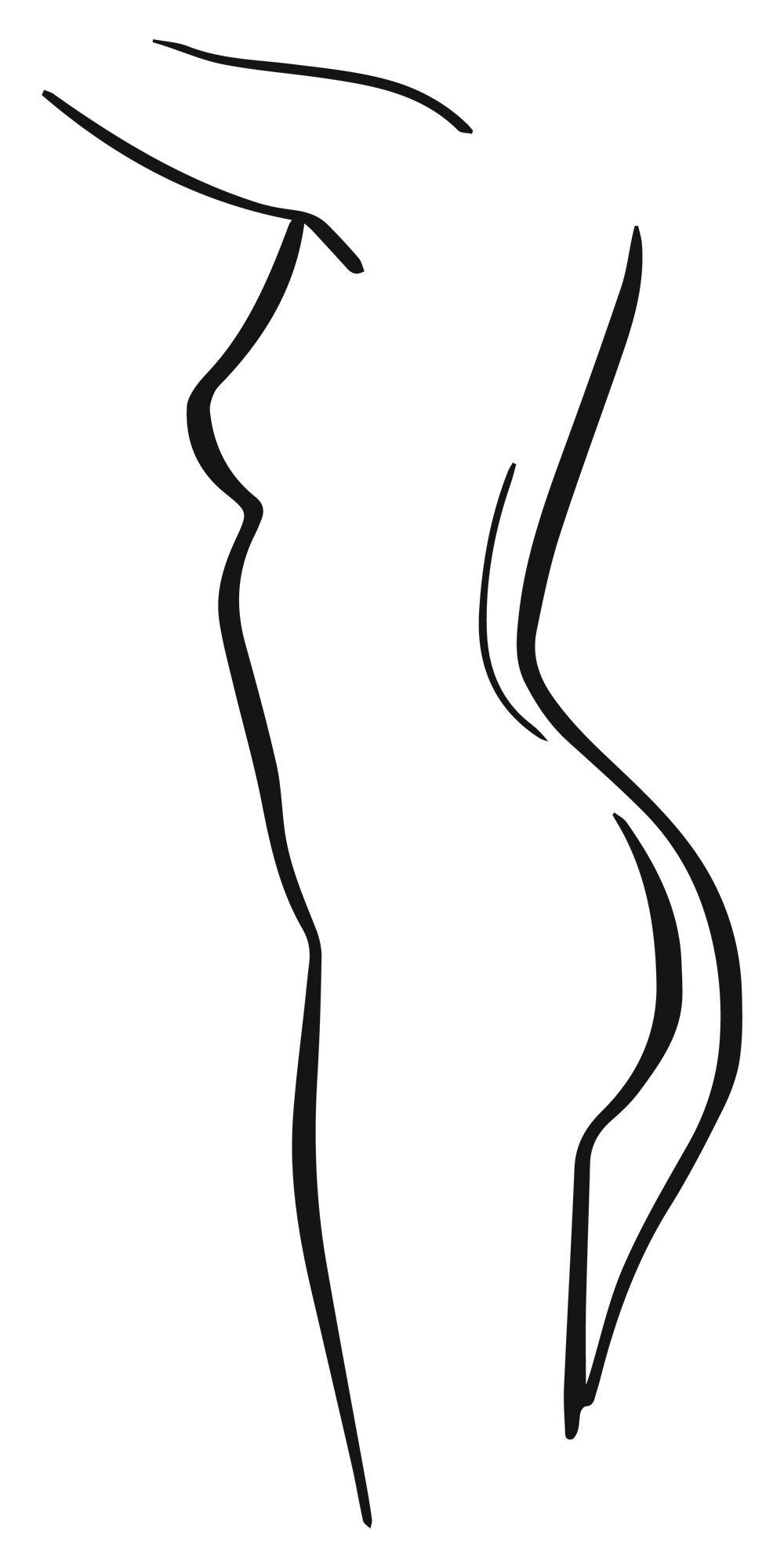 Pierced nipples aren’t typically considered one of the types of nipples on their own, but we thought they were worth mentioning. If your nipples are pierced, they may be especially sensitive, and your jewelry might be visible through a t-shirt.

Wanna know more about sexy piercings? Check out this article about clit piercings.

While you might normally think of hairy nipples as something only guys experience, many women have hair grow around their areolas. We don’t just mean peach fuzz, either. This hair can be thick and coarse like pubic hair.

Of course, hairy nipples can cause some anxiety. What happens if someone sees them? Fortunately, you can easily deal with a couple of stray hairs by plucking them, or you can shave if you’ve got more stray hairs than can easily be plucked. Shaving requires constant upkeep depending upon your rate of hair growth.

You can consider a cream hair remover such as Nair. Remember that these depilatory creams chemically burn the hair away, and nipple tissue is very sensitive. Opt for a sensitive formula like that intended for facial use and do a spot test before coating your entire nipple in the product, however.

A little linguistics tell us that this means “more” “numbers.” A supernumerary nipple is an extra nipple, usually located on the chest, and even guys can have them. This is a defect that forms before birth (just like that little dimple that some people have above their butt crack), but you might not notice it until you hit puberty or become pregnant, which makes the extra nipple more apparent.

Some women have especially sensitive nipples. Being in a cold room might be especially uncomfortable for them, as can sexual stimulation. But a nipple that’s sensitive in exactly the right way can pave the way for bliss. In fact, some women are sensitive enough to achieve orgasm from nipple stimulation.

It’s good to remember that not every nipple is super sensitive. Some women don’t like their nipples stimulated, and some receive very little pleasure from breast play at all because their breasts aren’t erogenous zones.

Related: All 12 Erogenous Zones In Your Body

Psst, do you want to learn more about women’s bodies? Click here to read about the types of vaginas.

Finally, each nipple can be a different type just like you can have one inverted and one everted nipple.

Are you surprised by how many types of nipples there are? Or that one person can have more than one nipple type? There aren’t a lot of examples in the media of atypical nipples, even though it’s perfectly normal. And having one of the types of nipples that is less common is perceived as embarrassing by some people, so people don’t always talk about it.

Being Comfortable With Your Nipple Type 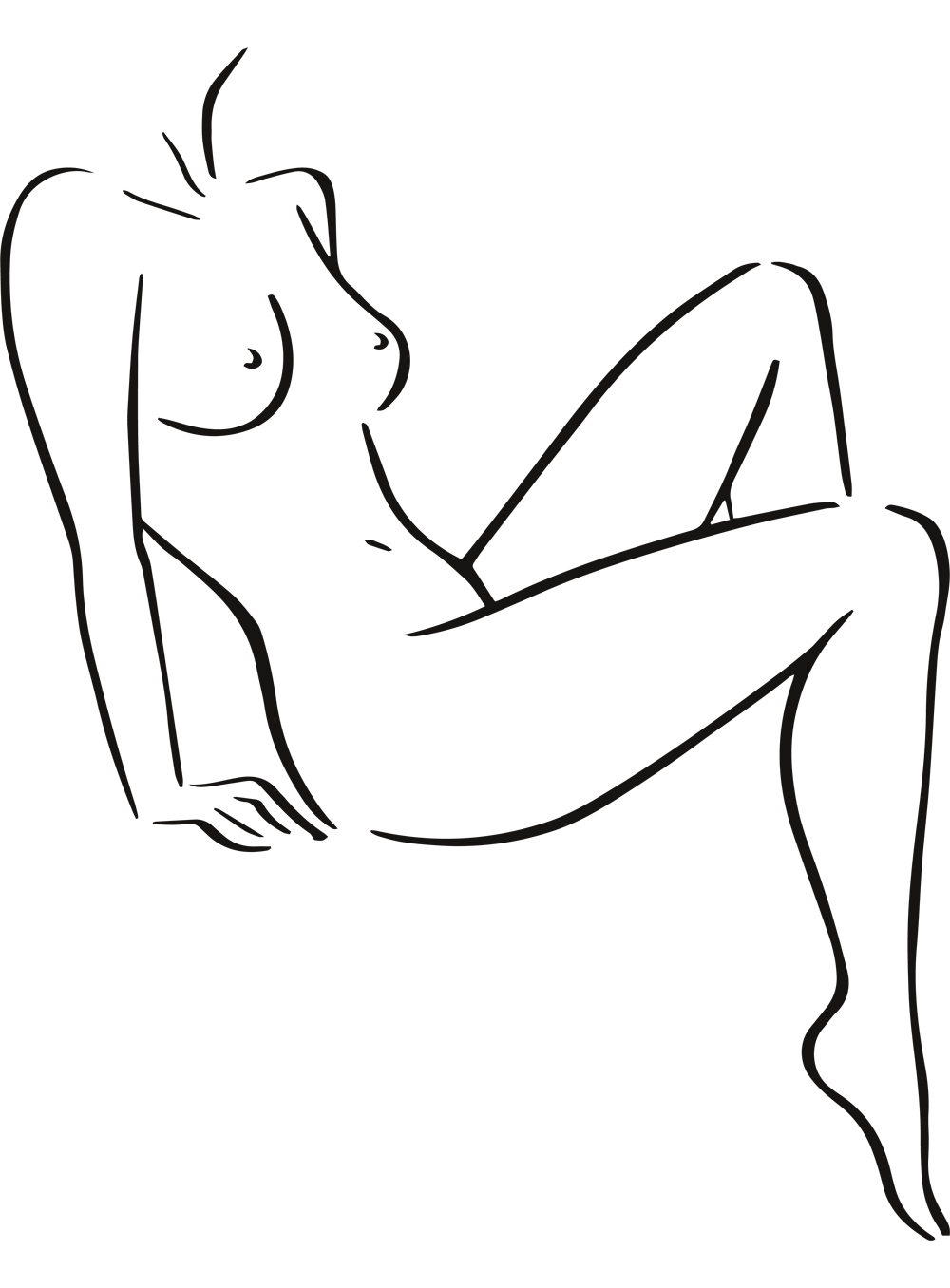 You might feel anxious to reveal your nipples to a partner but rest assured that most guys just love breasts. He might have a slight preference over nipple size or color, but chances are he doesn’t care how big or small your nipples are as much as you do. The same goes for your areolae.

For the most part, we at the Bad Girls Bible believe that all nipples (and breasts and the women who have them) are unique and wonderful. If any guy doesn’t accept your nipples, he might not be worth your time. You might want to remind him that his nipples are for decoration and not much else!

However, in certain circumstances, you might want to do something about your atypical nipples. Perhaps you plan to have a child or experience extreme anxiety because of your inverted nipples. For example, a doctor may be able to correct inverted nipples with plastic surgery if you’re especially concerned about their function or appearance.  Your doctor may be able to release your nipple by performing surgery on the tendon that prevents it from becoming everted.

When it comes to nipples, like all body parts, there really is no normal. The amount of natural variance allows for nipples of all shape and size to function normally. So you can rest assured that unless your nipples are causing pain or other issues, they’re quite normal!

29 Twisted Sex Facts….Backed Up By Actual Science
What Is A Swinger & How To Try Swinging