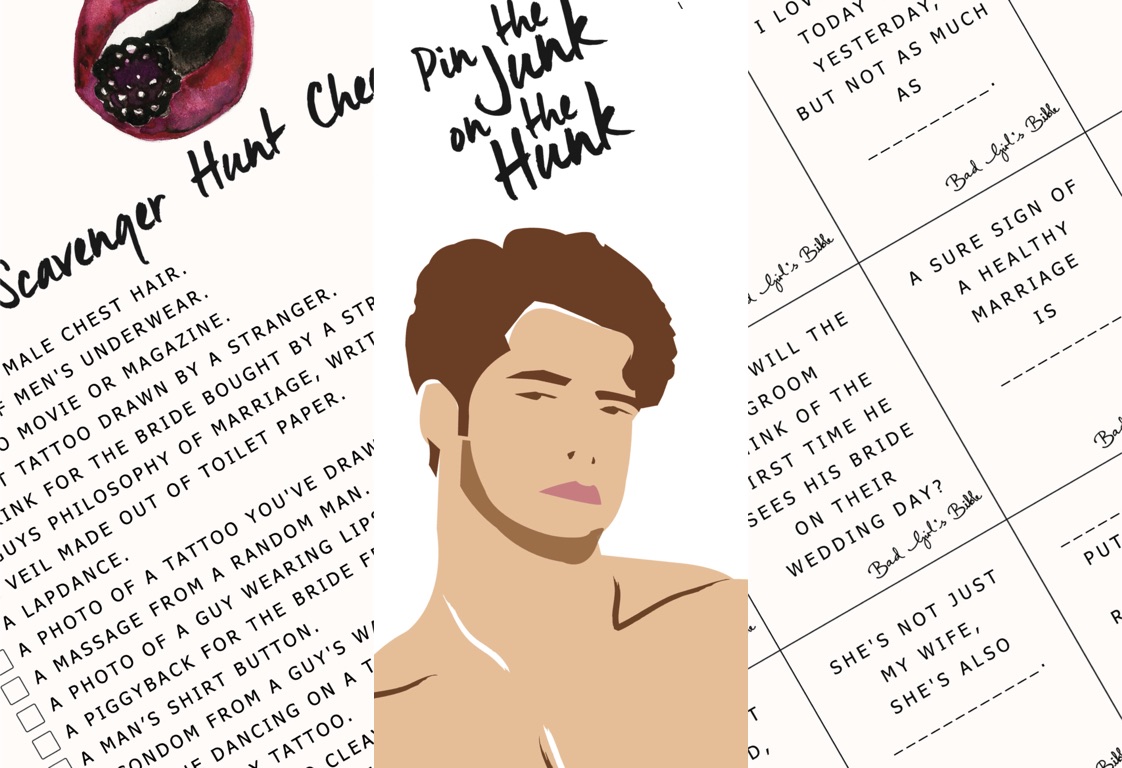 Crimes Against Matrimony is our choice for the best bachelorette party game you can play. The goal is to make everyone laugh hysterically by being as crude, rude and filthy as possible. If you want everyone rolling on the floor in laughter at your bachelorette party, then you have to play it. 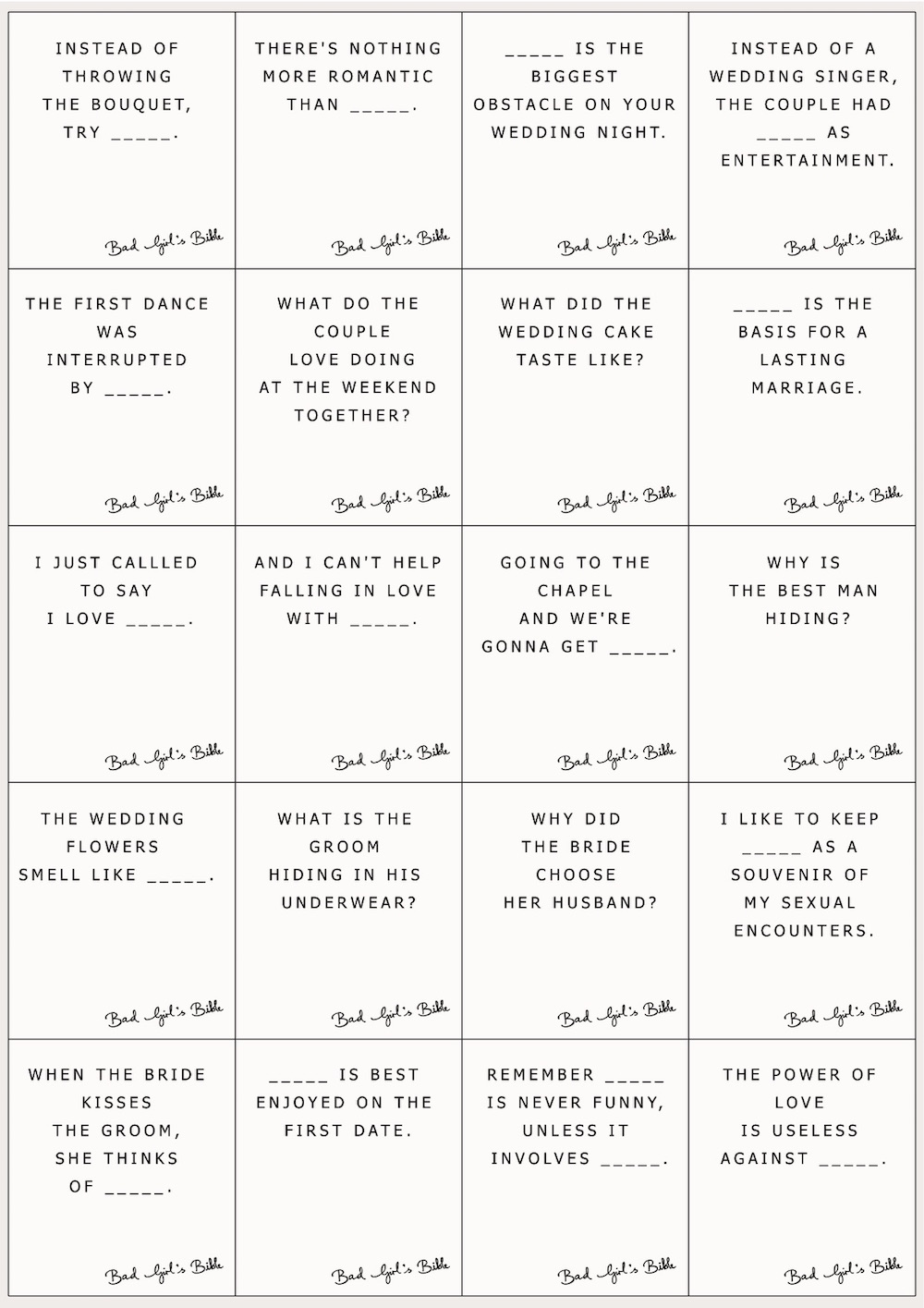 How To Play Crimes Against Matrimony

This is just a sample list of forfeits. Make sure to come up with your own too! 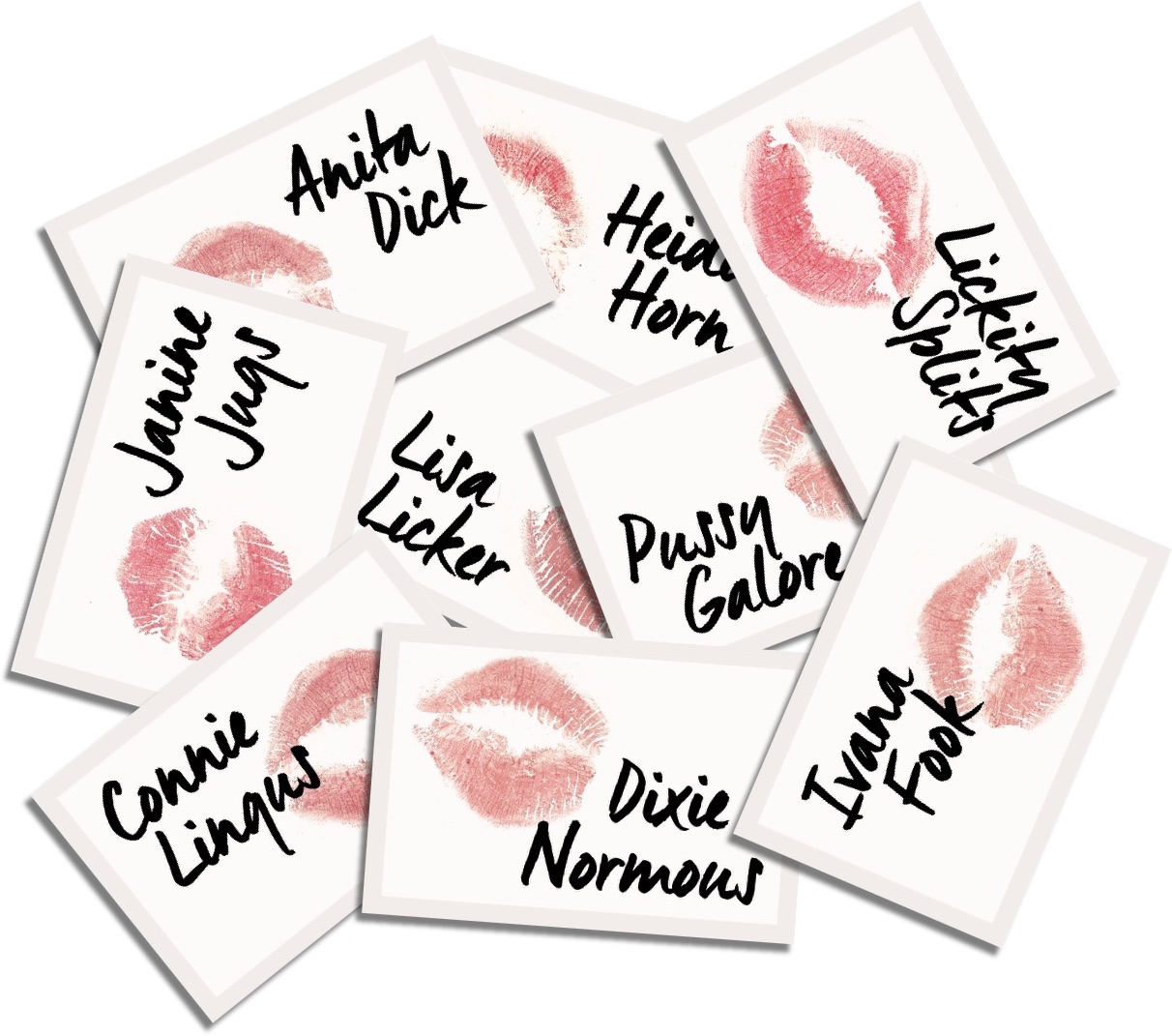 How To Play The Bachelorette Name Game

The Mr & Mrs Game is a super-fun party game where you get to see how well the bachelorette and groom know each other. 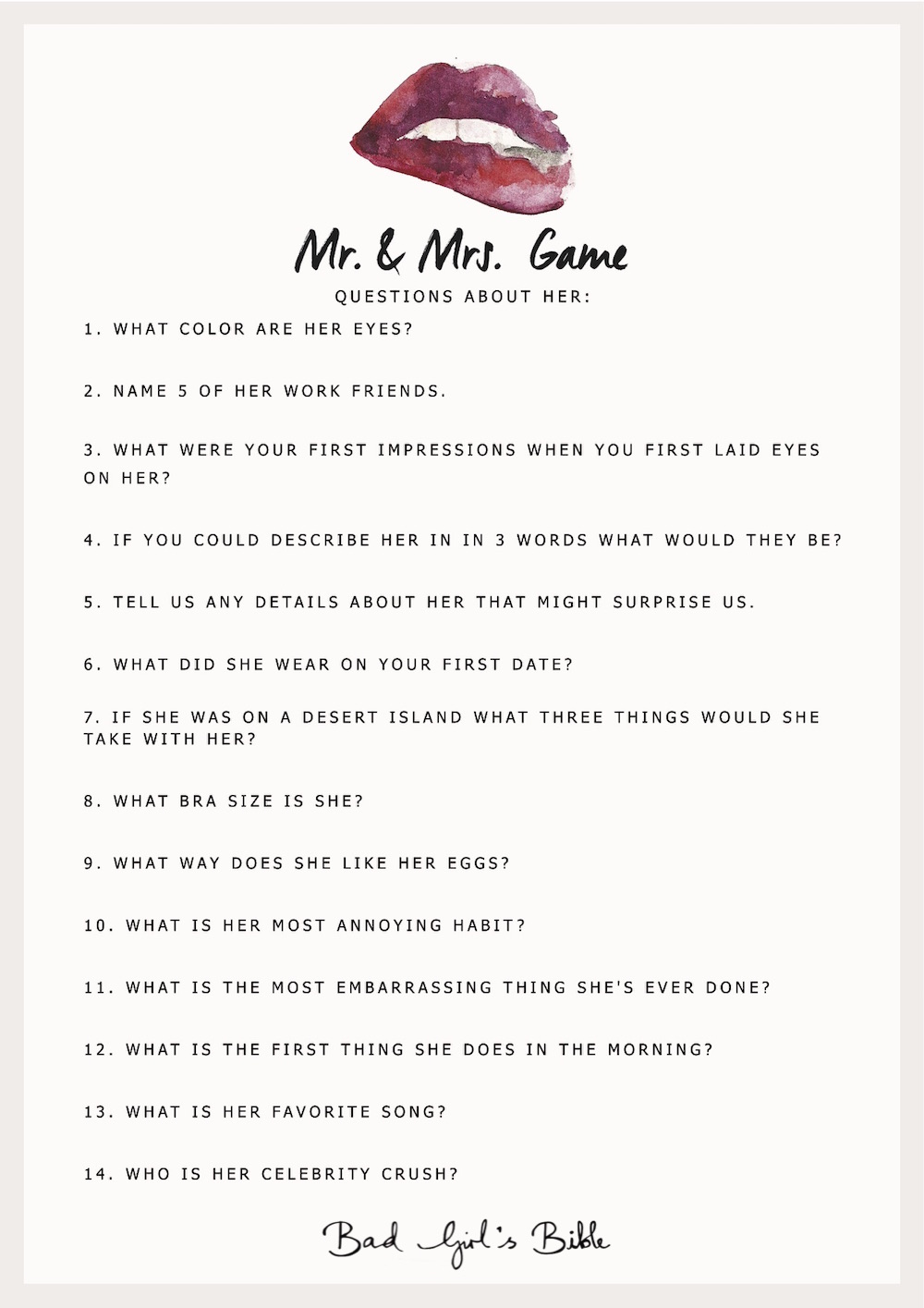 How To Play The Mr & Mrs Bachelorette Game

4. Pin The Junk On The Hunk

Pin The Junk On The Hunk is a silly, yet very sexy version of “pin the tail on the donkey”. Instead of pinning a tail on a donkey while blindfolded, everyone needs to attempt to try and pin the “junk” on the “hunk” while blindfolded. 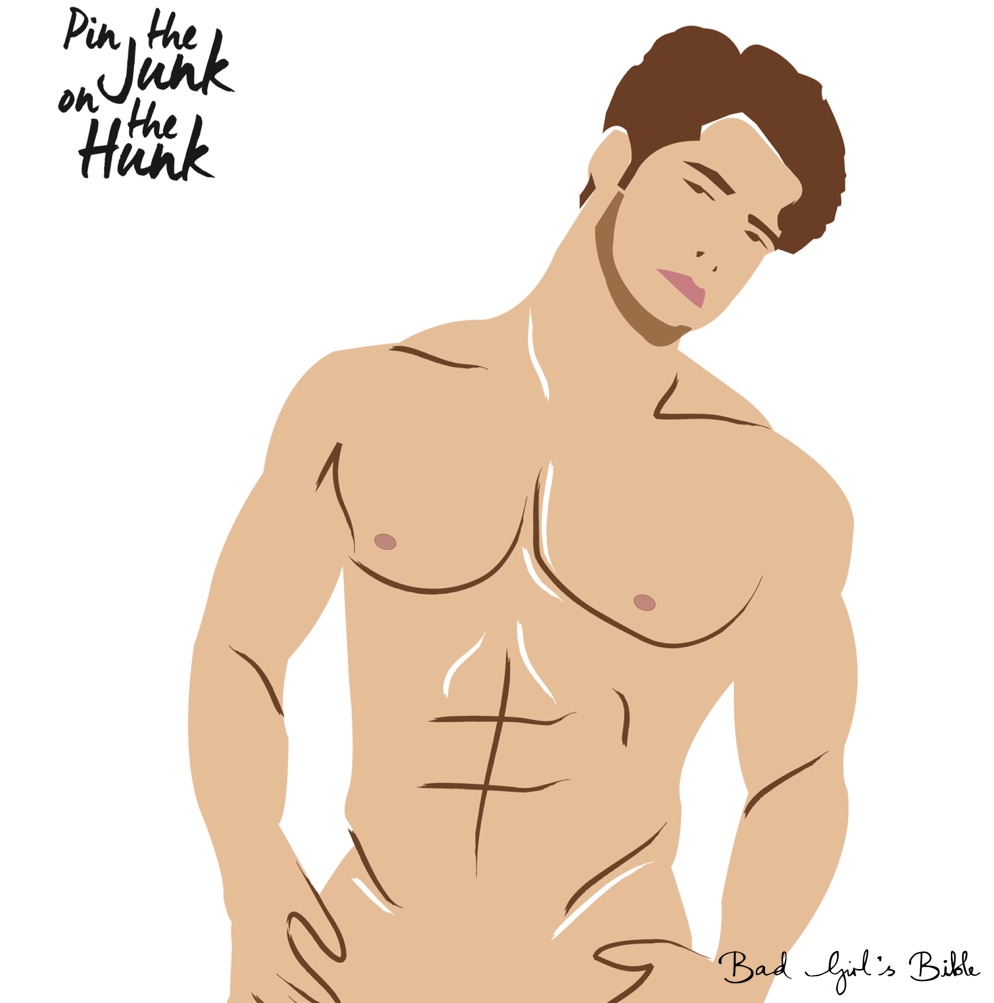 Click here to download the complete Pin The Junk On The Hunk game.You can also bring this file to your local print shop and get them to print a large version (up to A0) as the file is designed for large printing.

How To Pin The Junk On The Hunk

The Bachelorette Scavenger Hunt is the absolute best game you can play at a bachelorette party if you enjoy mischief. Everyone will be running around, seeking the help of strangers to perform outrageous, crazy and sometimes very naughty tasks. 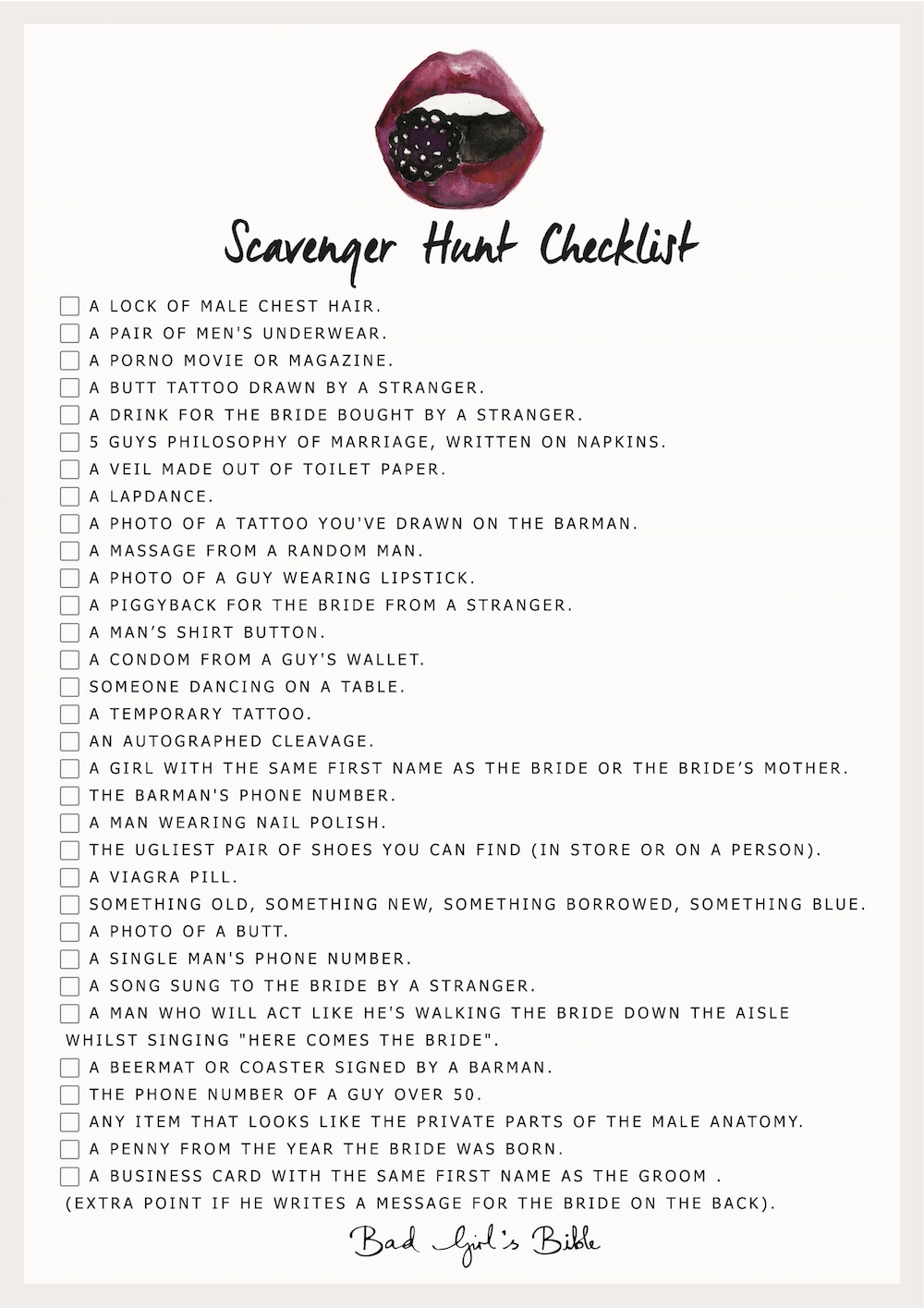 6. Have a Lingerie Shower 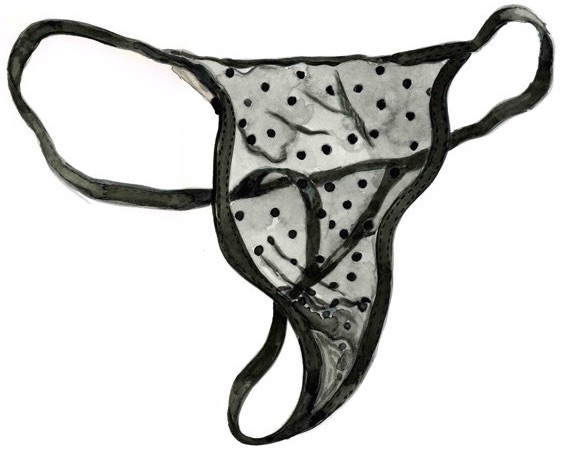 A lingerie shower involves each guest bringing the bride a gift of lingerie she can use on her honeymoon and beyond. Let the guests know in the invitation that you’re throwing a lingerie shower and include the size of the bride’s bra and panties. This post will help you to pick out pieces that will be flattering to your bride!

This bachelorette party game is really ridiculous, but also super fun. Here’s how to play.

8. Make a Penis From Clay

This one is great for getting your creative juices flowing. For this bachelorette party game, everyone has to sculpt a penis out of clay. All you need to do is provide the guests with clay, some wire, and a plastic knife.

Instruct the guests to sculpt a penis. Give them 10 or 15 minutes. They then need to present their creation to the group. Have different categories for winning “sculptures,” such as most realistic, funniest and most creative.

9. Play Never Have I Ever

This one is a classic, quick and easy drinking game to play at your bachelorette party. You can read the in-depth guide for this game in here. Here are the quick instructions on how to play…

A similar game to “Never Have I Ever” is “Truth or Drink”.

Here are a few truth examples to get you started.