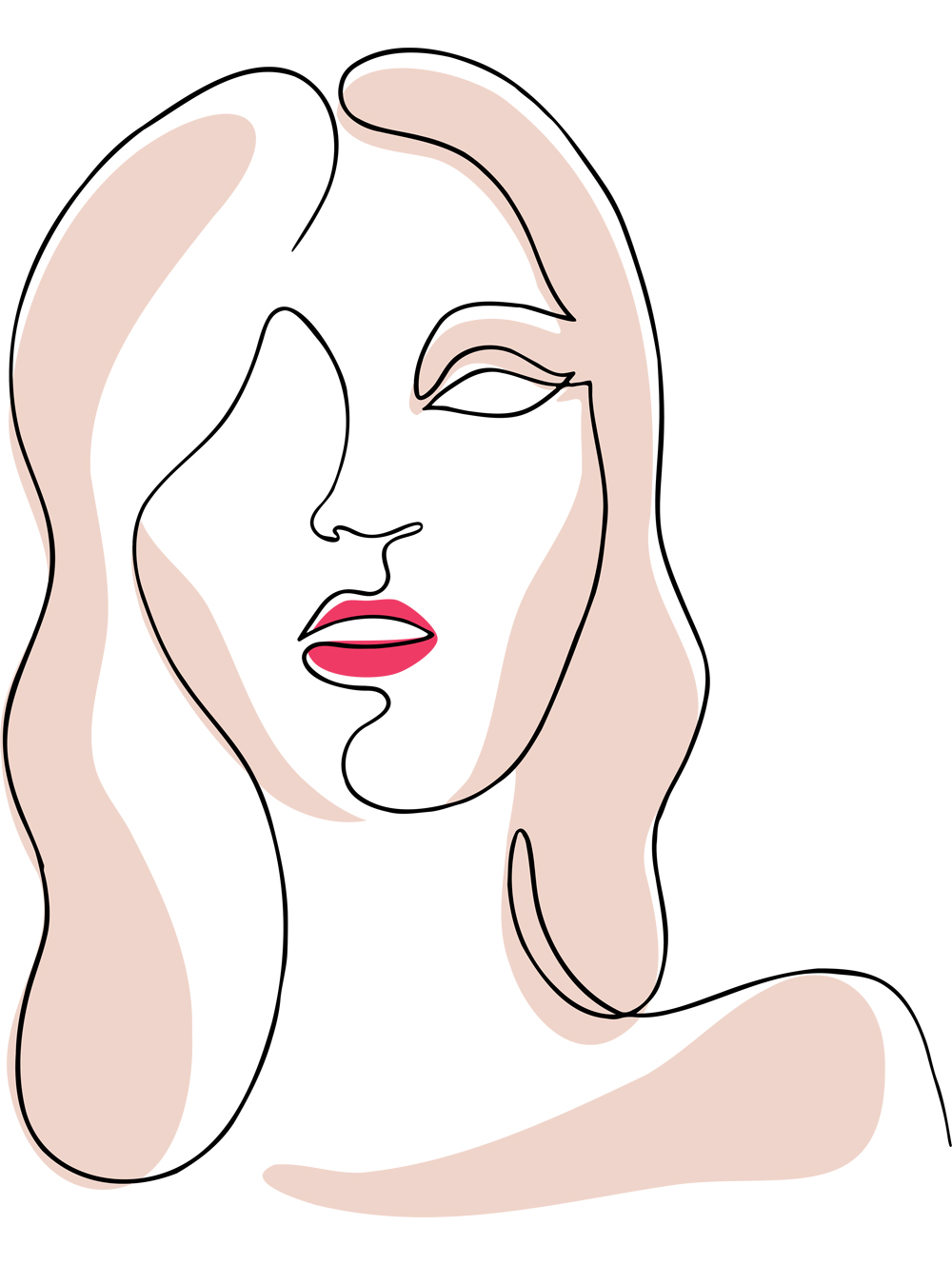 It seems like it’s the age-old piece of advice that all your girlfriends — and some of your guy friends — will tell you: you should play hard to get if you want to make a guy want you. But while this piece of advice can work wonderfully in your favor and show that you’re an independent woman who values yourself and your time, a trait guys love, it’s easy to get it wrong. Not every situation is ideal for playing hard to get, but this guide will help you determine when you should play how to get and how to play hard to get to get your way!

Why Playing Hard to Get Works

Psychology is interesting when it comes to early relationships. One thing that’s become apparent is that receiving something from a potential mate, whether it’s in the form of time, energy, money or attention, makes them feel more committed to you. It’s called investing, and some people find it surprising, but it explains why someone who seems too available  often strikes out.

Some men subconsciously register your playing hard to get as a sign that you’re a quality woman because you won’t give it — whether “it” is a relationship, sex or just your time — up too easily. Some men who do this teeter dangerously close to slut shaming, more on that in this post, but a man who wants to make sure you’re interested in him specifically will also have similar thoughts, even if he doesn’t realize he’s having them.

It’s not just hogwash, either. Studies on human psychology show that playing hard to get effects the other person’s emotions. Interestingly enough, one study at Hong Kong University showed that people who were more engaged came off as nicer, buy those who played it more aloof were seen as more desirable — and were more likely to be asked on dates.

However, the same study shows that playing hard to get works only if the person is already interested. Here are some signs he’s interested in you. If there’s no attraction, this method isn’t going to work for you, and you might be better off trying to be likable and highlight traits, both physical and psychological, that make you appealing.  After you’ve noticed signs of attraction, check out these helpful tips for flirting to get him to like you! When someone is already interested, being cool and aloof can turn their interest in fiery passion, but there’s a fine line to walk.

One thing seems to be true. If you’ve met a guy in a public place and there’s attraction, playing hard to get in the moment will generally work in your favor. But if the relationship has progressed past flirtation, then not returning calls or being flaky can be a deal-breaker. Love won’t wait forever.

How to Play Hard to Get

Playing hard to get is all about being aloof and standoffish just enough to make him want you more but not so much that he’s turned off. Here are eight tried-and-true methods to score your man!

1. Take Time When Replying to Texts

If he shoots you a message via Facebook or text, take some time to reply. This is one of the most successful ways to play hard to get. If you’re active on social media where he can see you, this will drive him crazy. You don’t want to play too hard to get, however, so give him a little appreciation if he takes the time to actually call you or shows up at your door. But you don’t want to be too quick to reply or always be the one texting first. More on that in this post.

2. Don’t Drop Everything for Him

Seeming busy is a great way to play hard to get, and if you have a fast-paced lifestyle, it will also be true. You’ve got to be careful that you don’t make him think you’re blowing him off, though. The key here is to be able to say “No” to last-minute plans but to accept plans that he puts more time and energy into making. This sends the message that you appreciate his time but you’re not just waiting for your phone to light up and show his name.

This goes hand in hand with the previous idea. The easiest way to shrug off those last-minute invitations is by having something to do. Make plans with friends to go to plays or movies, concerts or just hang out sipping coffee or playing video games. You’ll feel great socializing, make new friends and will have something to keep your mind off your new flirting partner when you’re playing hard to get.

4. Let Him Know There Are Other Guys 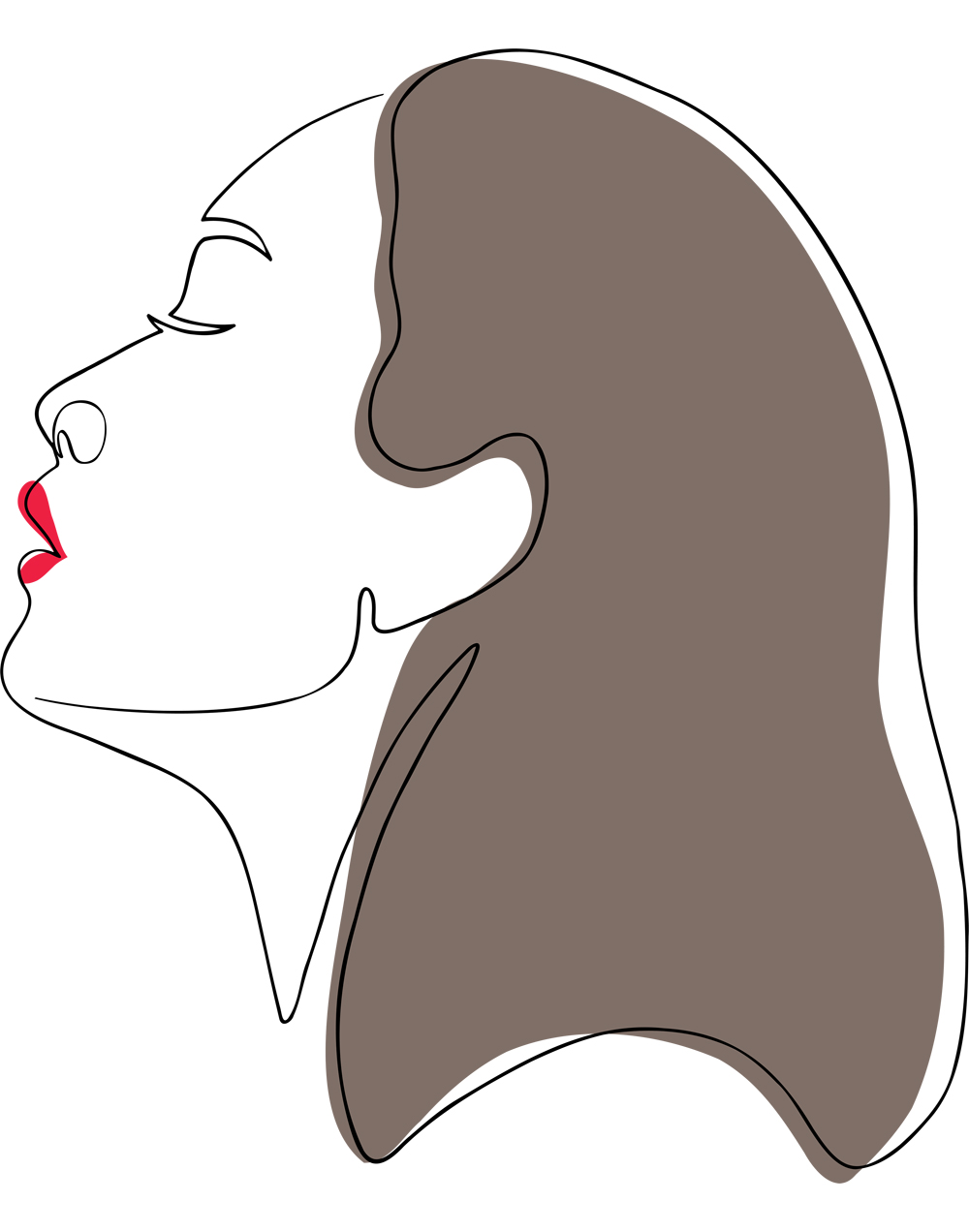 Now, you shouldn’t necessarily make a guy think he’s one in a long string of guys who you’re interested in. That’s not how to play hard to get the right way. But if you hint that other guys want you or have wanted you, you’re letting him know that you’re valuable to his competition, and this can encourage him to snap you up before someone else does! If some of the people you’re spending time with (see above) are men, you’re already on track!

Few things are better than a flirty text exchange — check out our guide to flirting via text — or a phone call full of innuendo, but they have to end some time. This is a perfect opportunity for you to play hard to get when you end the conversation first. Maybe you have to go to work or a meeting, it’s time to make lunch or you’re headed to bed. Let him know that your time is valuable and you’ve given him all that you can — for now. It’s also good to give him space because he may be nervous, too.

6. Tell Him You Don’t Want Anything Serious

One way to ensure a guy calls you, especially after having sex on the first date, is to tell him that you don’t want anything serious. This key phrase causes many men to want you even more once they realize you’re cool with casual no-strings-attached sex. And although it might be a little white lie, you can easily turn it around if he pursues you and you “change” your mind because you realize you do like him.

7. Leave Out Some of the Details 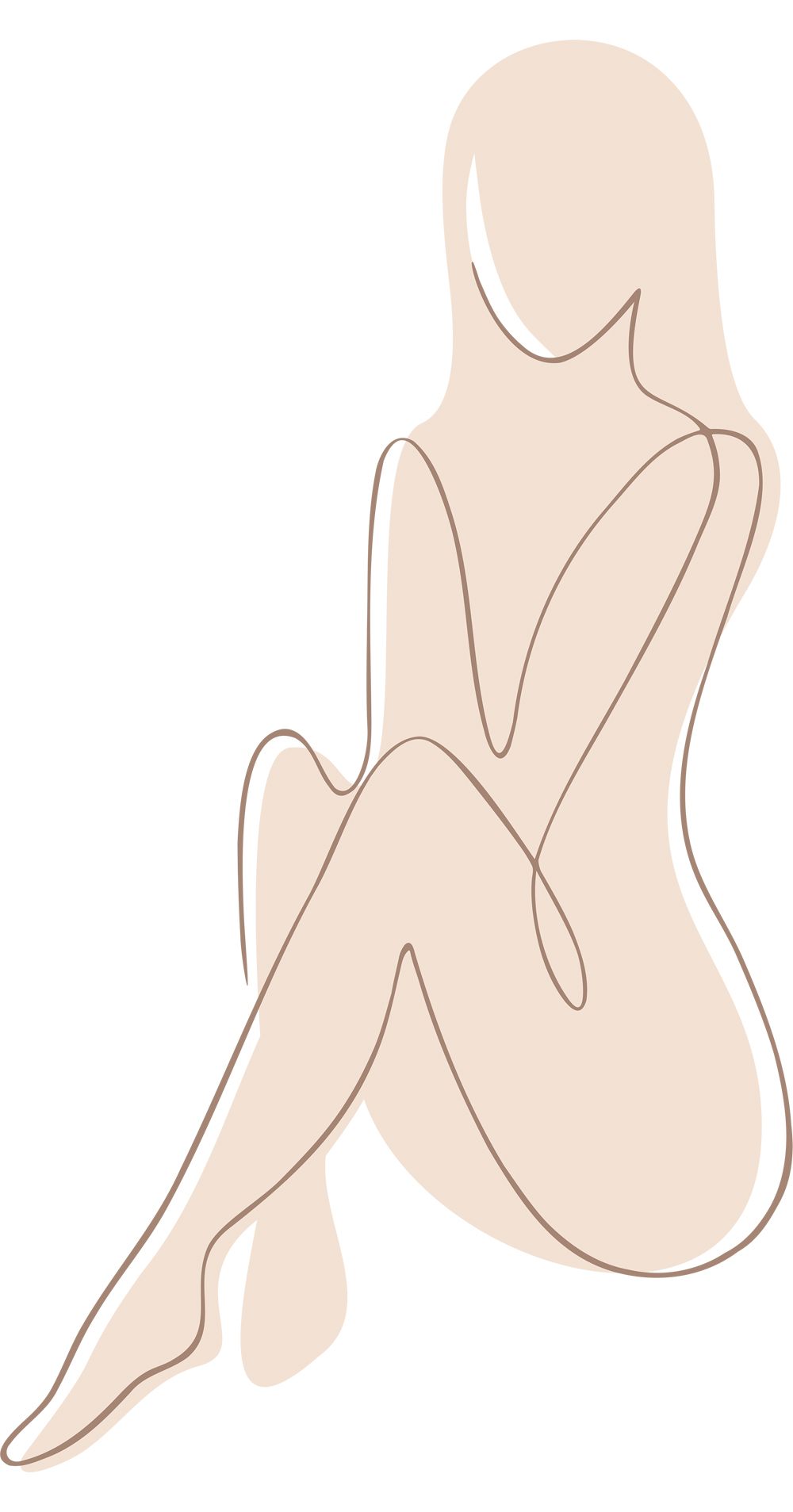 It’s not easy to want more when you’re only given a few juicy bites, and that’s why adopting a mysterious manner is the perfect companion to playing hard to get. This means you don’t want to give up too much information about yourself, your history and your thoughts or feelings. Answer any questions he may ask directly, especially if you’re doing so to get to know one another, but don’t give up too much information.

One way to do this is to hint at the exciting parts of the story, like that one crazy weekend in Tijuana or the time you road-tripped across the country with your girlfriends, without giving away the entire plot.

8. Let Him Know You’re Not Impressed

You’re trying to lure in a guy by playing hard to get, and he’s trying to make you like him. You don’t want to seem too eager even if he’s brought his A game to the table, so how do you respond to his chest-puffing and boasting? Let him know you’re not impressed or not as impressed as you really are. A coy “Is that all?” when he tells you he’s a 28 year-old millionaire will encourage him to impress you even more, and you’ll know he’s into you!

Now, you don’t want to get into sleazy pickup artist territory. This isn’t about hurting his self esteem as much as it is about having fun. So make sure there’s a smile or laugh on your mouth when you playfully take a jab at him. Lean forward and touch his arm or shoulder, a surefire way to let him know you’re flirting, and he’ll remain at ease.

Should You Always Play Hard to Get? 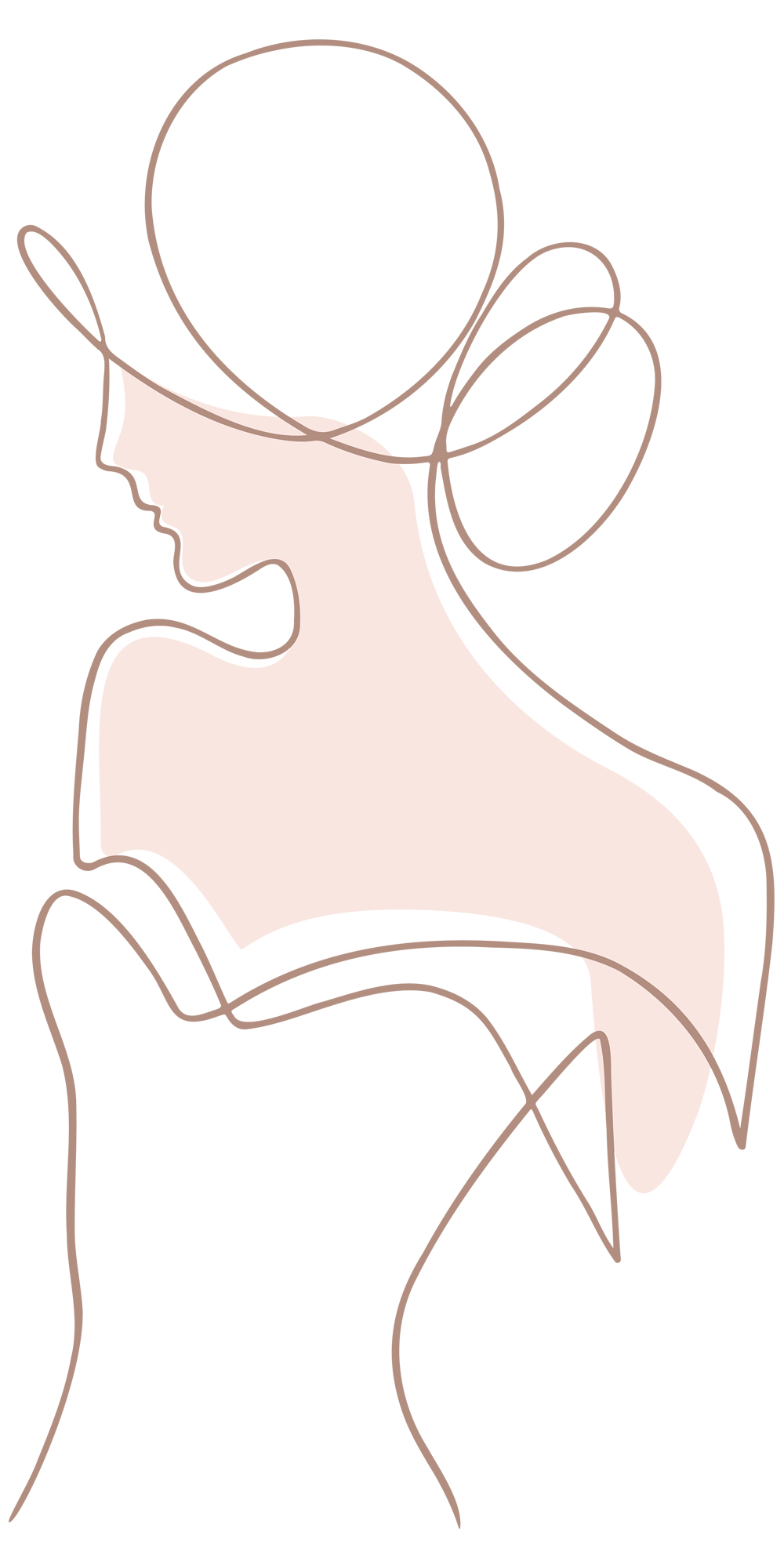 Playing hard to get can work well in your favor and drive a man straight into your arm’s, but it can also have unintended side effects. This is because some women miss the key point when they’re learning how to play hard to get: you shouldn’t be impossible to get. If you’re too aloof or cold, you’ll cause potential partners to give up. You’ve got to give a little bit to keep him on the line and encourage him to pursue you. Otherwise, you’ll both just wind up wasting time!

But you can also mess up playing hard to get by not going through with it. If you’re playing aloof but you switch to clingy too quickly, your method is sure to fail. Some women do this because they’re afraid they’re playing too hard to get, but turning the tables can look desperate, and you’ll want to avoid that. It’s natural to worry that you’re pushing him away, but you should remember that most men estimate a woman is more interested than she actually is. Psychotherapist Vinita Mehta calls this “sexual over-perception bias.”

Finally, it’s important to know that some guys simply view playing hard to get as a game, and he’ll walk away if he’s not into games. This might be especially true if he’s been jerked around by other women in the past or he experiences low self esteem. If he’s being upfront about his feelings for you and you feel the same, it’s probably safe to ditch this sort of game and proceed with your budding relationship in a direct and honest way. After all, honesty is one relationship rule you should always abide by.

If he seems confident and you’re in the right setting, you’ve got nothing to lose when you play hard to get. But if you play too hard, he’s not into games or has low self esteem or your relationship should be past this point, you’ll probably get more mileage out of the direct approach.

14 Powerful Ways To Build Intense Sexual Chemistry
The 16 Most Asked Questions About Sex During Pregnancy!