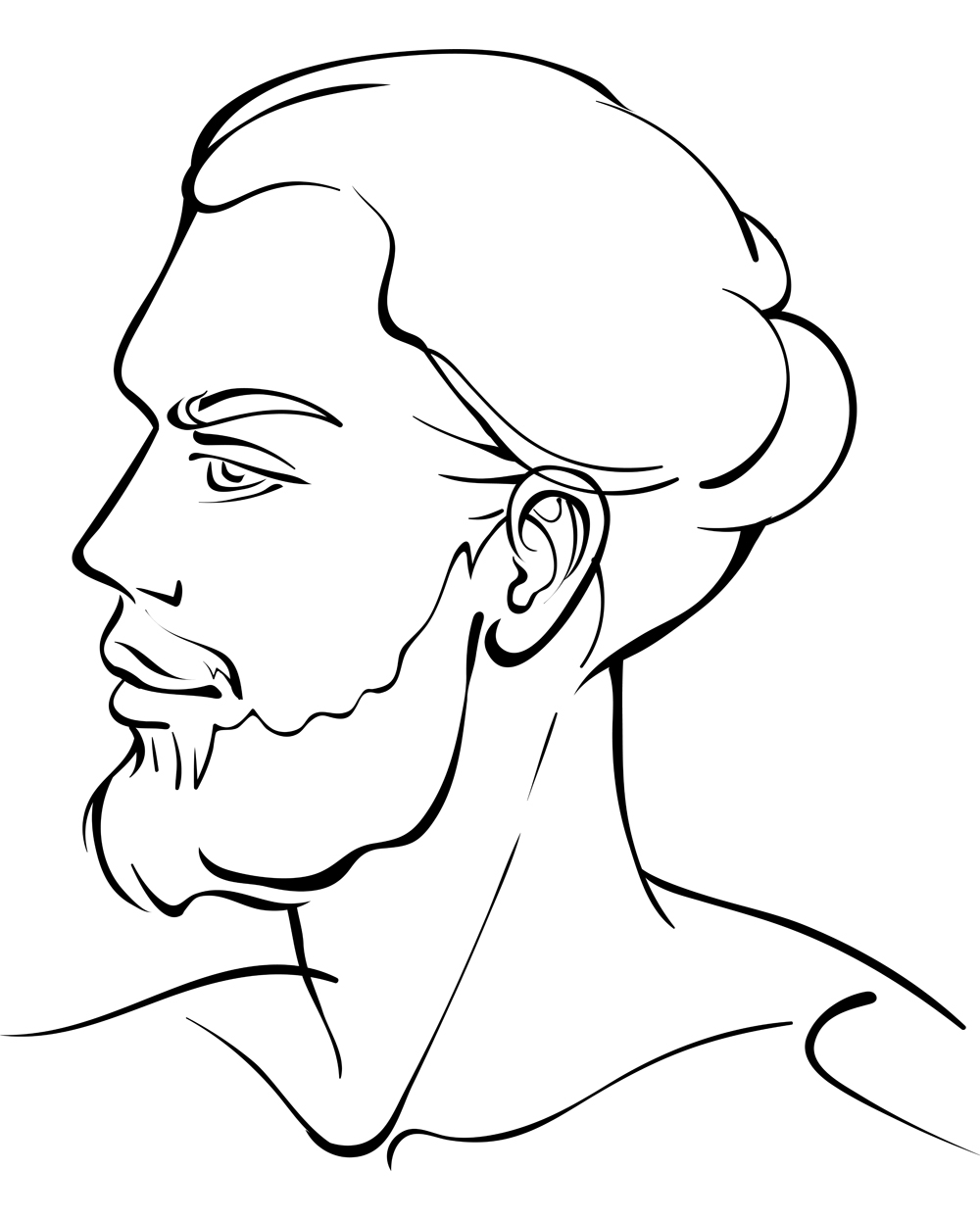 It’s true that girls like confident “Alpha” men, the type everyone notices when they walk into a room. Heck, even guys want to hang with them. But there’s often something endearing and mysterious about the shy guy.

The problem with shy guys is that they usually don’t show their feelings, which can make it difficult to tell whether they like you. And that’s a shame because shy guys can be really sexy for many of the same reasons guys like shy girls. But how to know if a shy guy likes you is often difficult.

Shy guys often don’t make the first move, which makes you think they’re just “not that into you.” Sometimes when a guy doesn’t call you, it might be because he’s not into you. But a shy guy might really like you … a lot. You just need to know the signs a shy guy likes you, even if he’s just too scared to make a bold move.

Here’s some insight into why shy guys are the way they are:

1. They Set the Stakes Too High

Sometimes shy guys can talk with you at first, but as soon as they think this relationship might go somewhere, they freeze up. They feel pressure to perform or to live up to certain standards. They then feel too anxious to be themselves.

2. They Wait Too Long

When it comes to making a move, such as a first kiss, shy guys often overthink things instead of just acting on them. For example, you might have just watched a rom-com movie together. Now it’s over and the credits are rolling. You both look at each other… the moment is perfect. But he doesn’t act on it. Seconds go by. The longer the time goes, the more awkward he feels. The kiss never takes place.

3. They Have Low Self-Esteem

Shy guys are not oblivious to the more confident, macho guys who have no trouble attracting women. They compare themselves to those guys and feel as if they can never be that, so they berate themselves, thinking they are losers or that no girls will ever like them. This can be a result of emotional abuse.

While you know this isn’t true, you may be able to help. Sometimes your confidence can rub off.

4. They Prefer to Wait for Someone to Come to Them

You’ve probably seen guys at a club or bar just standing around waiting for someone to come over. These guys are likely shy, don’t know how to go about approaching anyone, and don’t come up with a plan. They’re hoping for the perfect woman to come along so they don’t have to do anything.

When a shy guy does enter a conversation with a girl he likes, it might not occur to him to take things slowly to see where things lead. He might envision this first encounter to develop to be “the one.” This makes shy guys all the more nervous because they don’t want to blow what they think might be their one chance at love.

It’s time to put these shy guys out of their misery by giving them a chance. There are many benefits to dating a shy guy:

Shy guys understand what it’s like to feel left out, to not be noticed. So they develop an empathy toward others, which typically makes them nice guys. A shy guy is the type who will be nice to your cat and engage your grandmother in a conversation.

When stuff doesn’t come easily to guys, they generally develop interests. And that makes them interesting people. Maybe they like astronomy, playing the drums or are working on the next great novel.

3. They Want to Please You

And yes, we mean in the bedroom. Shy guys care about you and making you happy. This usually translates to being good in bed.

How to Know if a Shy Guy Likes You 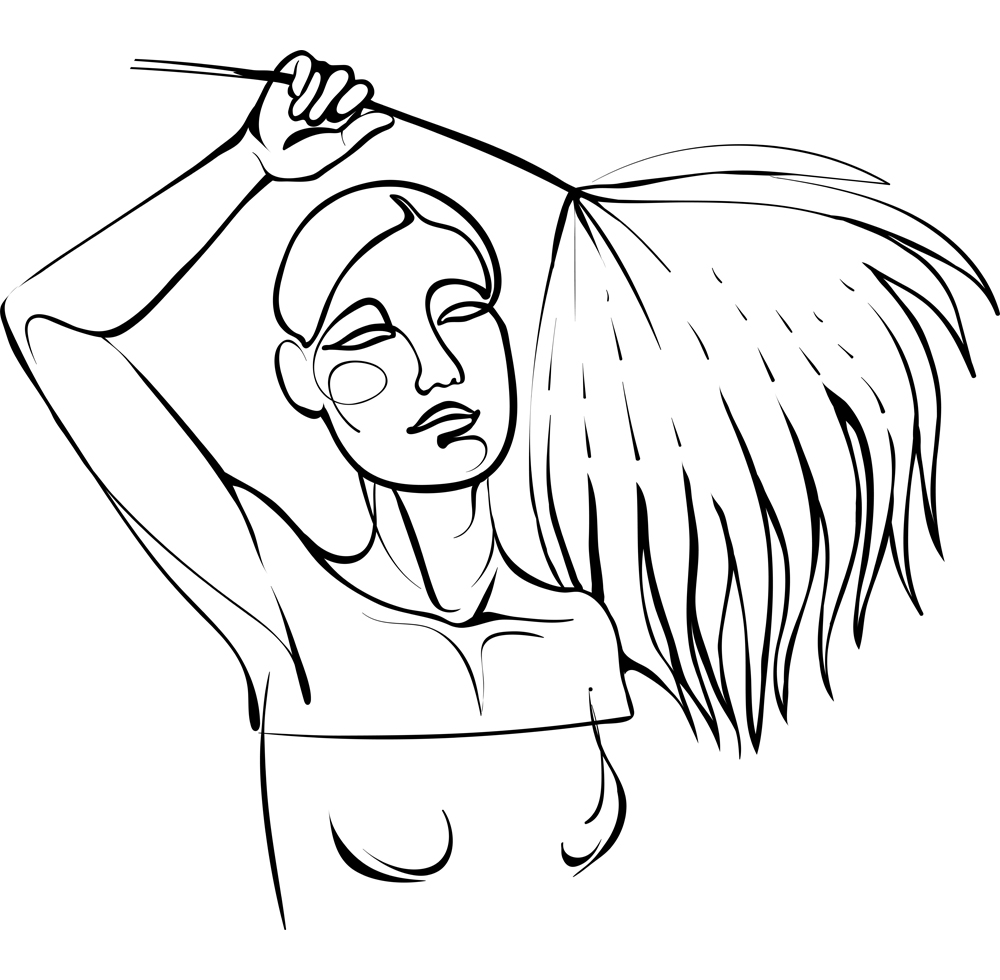 So now you want to get to know that shy guy, but how can you tell if he’s into you? Here are some ways for how to tell if a shy guy likes you:

1. You Make Him Laugh

One sign a shy guy likes you is if you can easily make him laugh. If he laughs easily, he probably likes you. If he doesn’t laugh, he might not be shy. He might just not be interested in you. You don’t even have to be particularly funny. If he likes you, he’ll find a reason to laugh good naturedly at what you say as a way to bond with you. If, on the other hand, you say something truly funny and he doesn’t laugh or even crack a smile, forget about him. He’s probably not interested.

A shy guy isn’t likely to pursue you the way a confident and outgoing guy would. Instead, he looks at you and wonders how he can ever get the chance to talk with you. It can be confusing when a guy is looking at you but then never pursues you, but when you realize he is shy and that this is a sign a shy guy likes you, you will understand and have something to work with.

When a guy likes you but doesn’t know how to ask you out, he might sit next to you in class or a lecture, for example. That way, he doesn’t have to talk with you, but since you two are next to each other, he’s probably hoping that a conversation might just happen.

4. He Gets Awkward Around You

Shy guys are typically nervous and awkward around women. Although asking a woman out or going in for that first kiss makes lots of guys nervous, this feeling is amplified in shy guys. Shy guys can be so nervous that they can’t do anything. They might end up acting anxious or awkward around you because they really want to make a good impression but can’t shake the nervousness they feel.

When shy guys do get the nerve up to talk to you, they often say something odd or act strangely. They then feel as if they’ve totally blown it with you. They might now act aloof to you in order to cover what they just did. You can help by avoiding awkward questions and situations.

How to Approach a Shy Guy 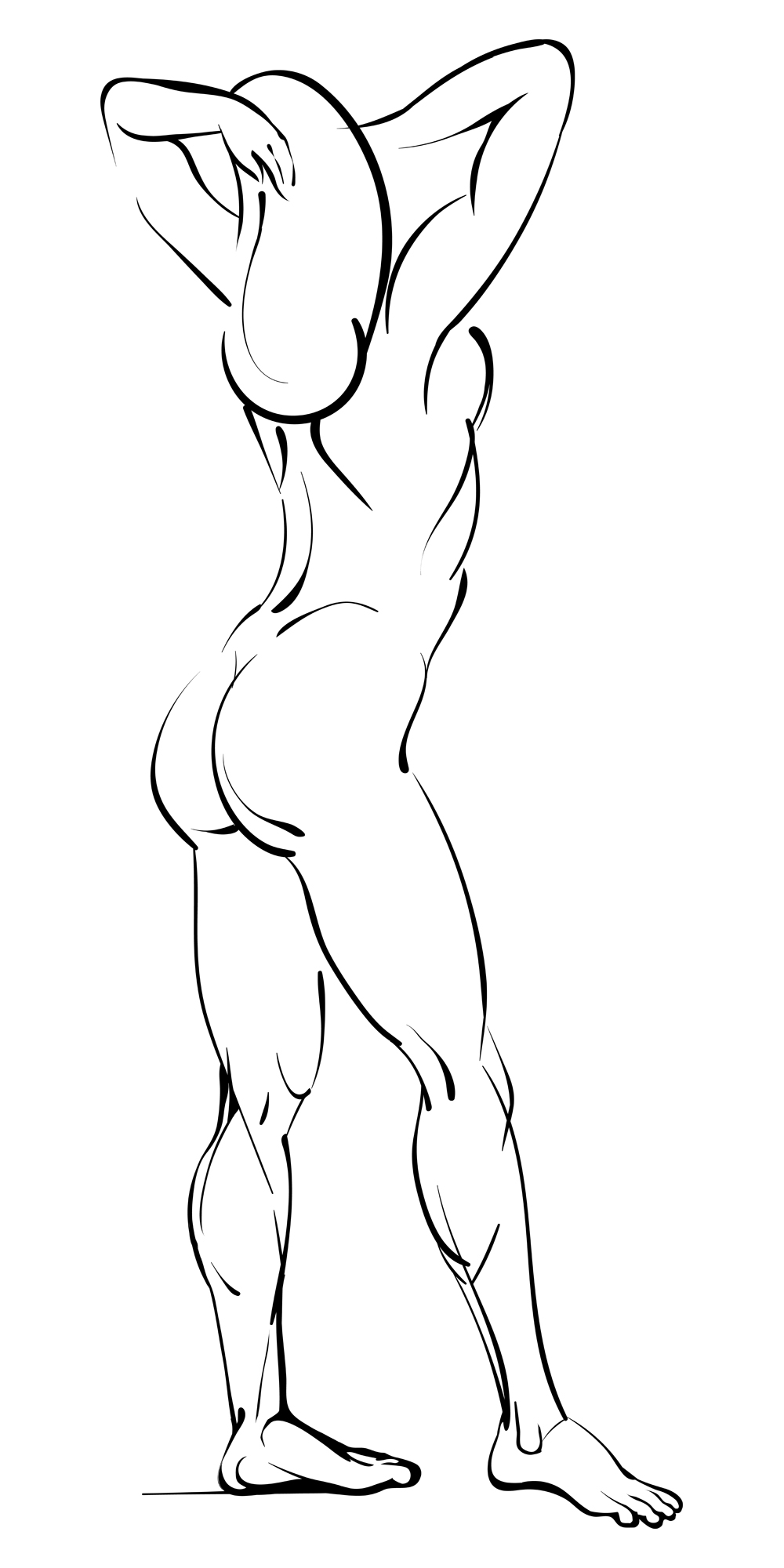 So, now that you know how to tell if a shy guy likes you, how do you let him know you like him, too … without scaring him off?

1. You Be the Icebreaker

Go up to a guy who’s been looking at you and break the ice. Walk up to him with a warm smile. Make sure your body language is welcoming with your arms uncrossed. Maybe even touch him on the arm.

Make some sort of idle chitchat with him. You can talk about your pet if you happen to see an animal nearby, something funny a friend or family member said or did, or talk about what you did today. It doesn’t matter what you say. He’s probably too nervous to notice, and he’s probably relieved that you made the first move.

He should be able to open up to you after a little while and have a conversation. When he does warm up and start talking, give him your full attention. He already isn’t feeling too confident that you’re interested. If you look around the room or check your phone, it’s over. Make eye contact and encourage him to talk more.

Even when you start dating a shy guy, you might still need to take the lead on certain firsts, such as a first date or a first kiss. When you can tell he likes you by exhibiting the signs, go ahead and ask if he wants to hang out if he doesn’t ask you. It’s no longer weird for women to make the first move.

The movies make a good choice. This takes the focus off him. After you’ve gone on a few dates, he should be able to handle conversation at dinner. 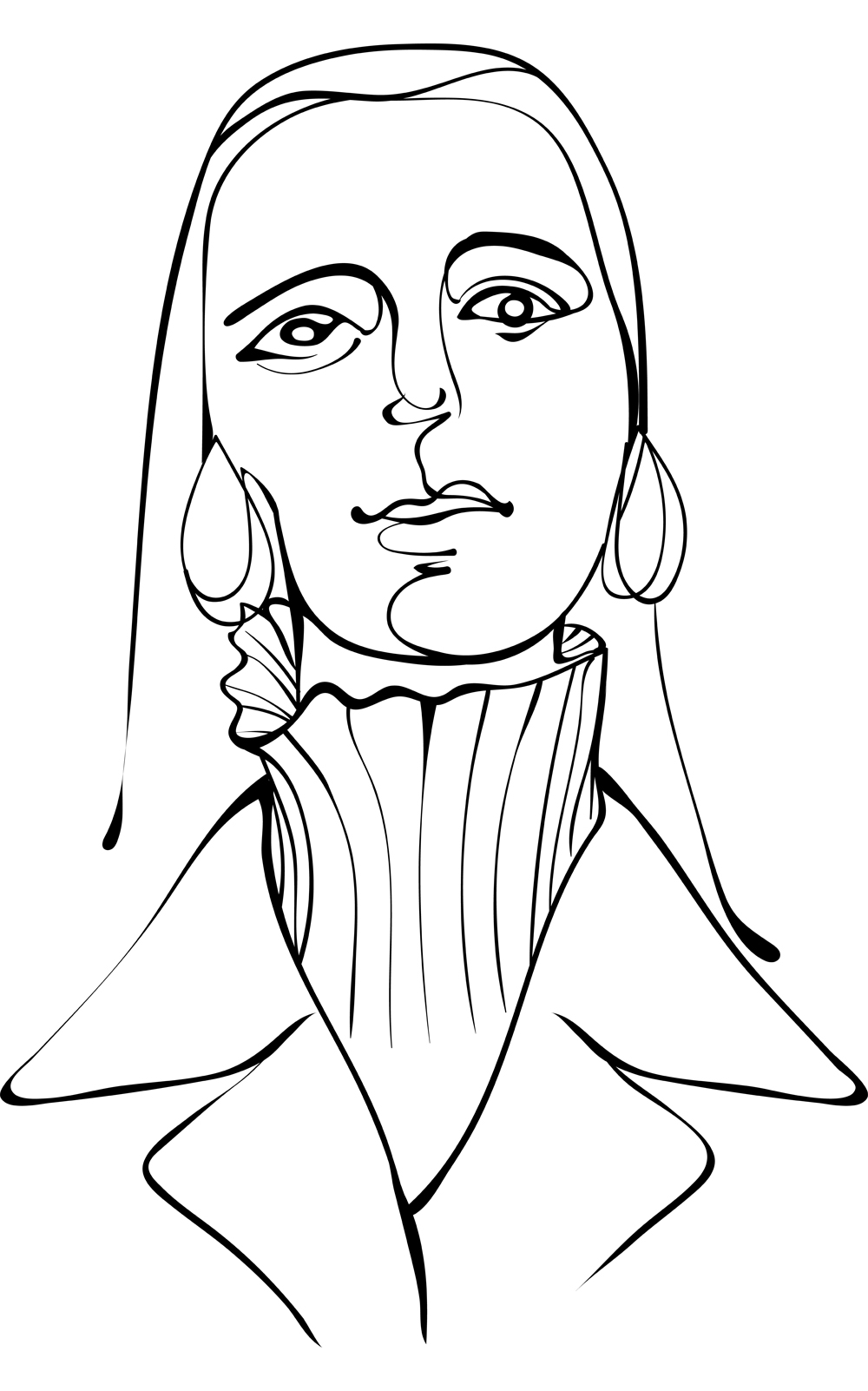 If the shy guy you like is acting super awkward and nervous around you, just ignore it. Keep a conversation going. He should eventually get over his nerves and start acting in a more normal way.

4. Try Not to Draw Attention to You Being More Experienced

If you are more experienced at dating than he is, it’s better that you don’t draw attention to the fact by talking about your ex-boyfriends. That only makes him feel even more insecure. He’ll wonder whether he can measure up, even with a kiss. And if he’s insecure about a kiss, he’ll be insecure about other areas as well. And you don’t want that to happen. Read about sexual anxiety in this post.

If you do start dating him, you can talk about your exes and your sexual experiences if you want to after he’s confident in that arena.

Getting together with a shy guy isn’t all that difficult once you know how to go about it and to know how to tell if a shy guy likes you. It just takes a little patience to get to uncover the real him and his emotions.

An added bonus with shy guys is that they’re probably not going to be chatting it up and flirting – try some of these flirting tips – with lots of women once the two of you are together. That’s just not in their nature. Once a shy guy is committed to you, he’ll probably be trustworthy and loyal.