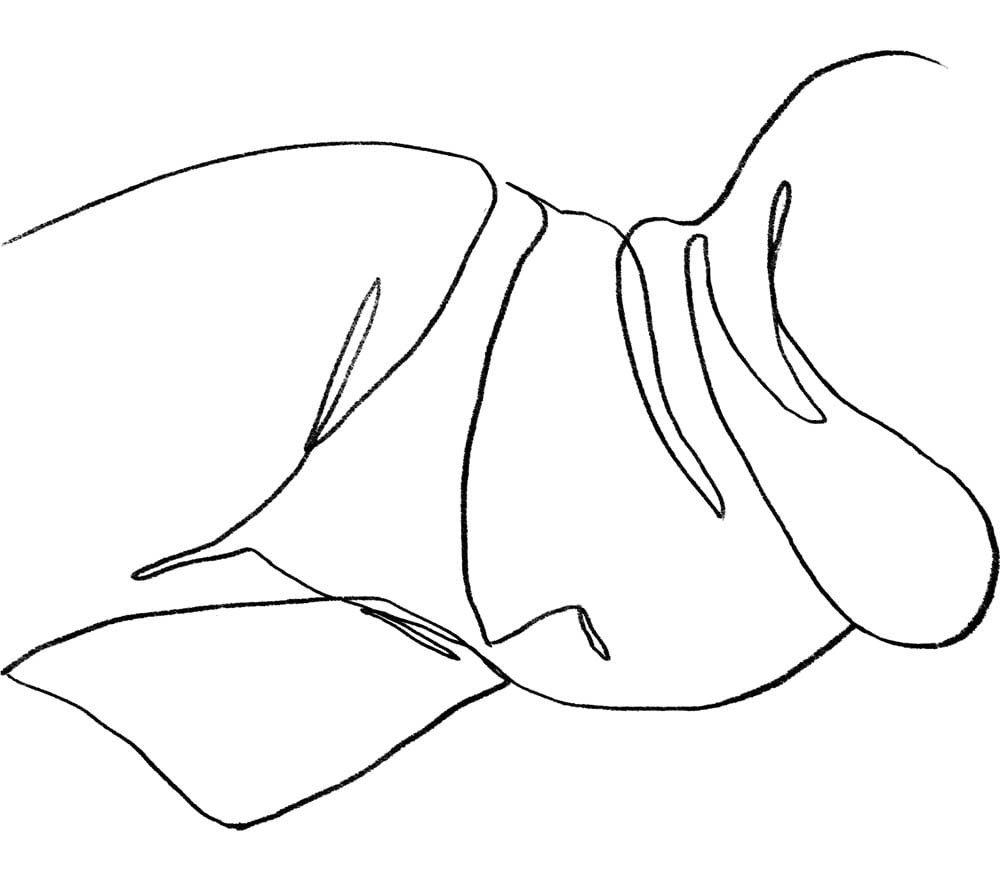 What’s the weirdest fetish you’ve ever heard of? We’re not just talking about foot jobs here; although, some people certainly like them! No, the truly weird fetishes can involve bodily harm, breaking the law and some pretty strange kinks.

The next time your man asks you to try some roleplaying or bondage in the bedroom, you might just feel relieved that it’s not one of these weird fetishes!

This fetish is all about arousal after witnessing disasters. It was first coined in 1984 by John Money, who wrote an entire paper about this fetish. A perfect example? A car accident. If you’ve ever seen the movie “Crash” or read the book of the same title, you’re already familiar with this weird fetish.

Of course, symorophilia differs from our body’s natural response to grief and tragedy, which is sometimes sexual. It has more to do with the rush that comes with being in potentially dangerous situations. Indeed, symorophilia can result in bodily harm or even death! Perhaps this fetish is shared by storm chasers who so often flirt with disaster?

Everyone knows that men love women with long hair, but is there a weird fetish where people take it too far? The answer is a resounding “Yes!” Trichophilia is it! This fetish goes beyond liking hair. After all, who doesn’t like flowing locks or the perfect coif smelling of clean shampoo?

People with tricophilia obsess and sexualize hair, and it doesn’t even have to be the hair on your head! It can be body hair or even refer to a specific type of hair, such as beard stubble on a man’s face. Perhaps the perfect partner for a bearded hipster is someone with tricophilia!

There’s no official name for this weird fetish — yet — but that doesn’t mean the Internet isn’t full of videos and photos depicting it. For some people, the idea of a person, especially a woman, nearly drowning in quicksand is quite the turn on. Perhaps these viewers imagine themselves as a hero who can swoop in and save the day. Or maybe these people are aroused by the woman’s fear. Either way, this is a fetish we hope you won’t experience any time soon.

Combine one part thievery with equal parts arousal, and you’ve got kleptolagnia, also known as kleptophilia. If you have this fetish, you’ll find yourself aroused by stolen objects and by stealing them. The objects are typically small, which makes them easier to steal.

One common item that is stolen is a person’s underwear, and we can imagine that sex toys are also common, but the stolen goods don’t have to be sexual in nature. According to one doctor, the stolen “item may need to have belonged to someone personally significant for the act of stealing the item to be considered sexually pleasurable to the kleptophile.” 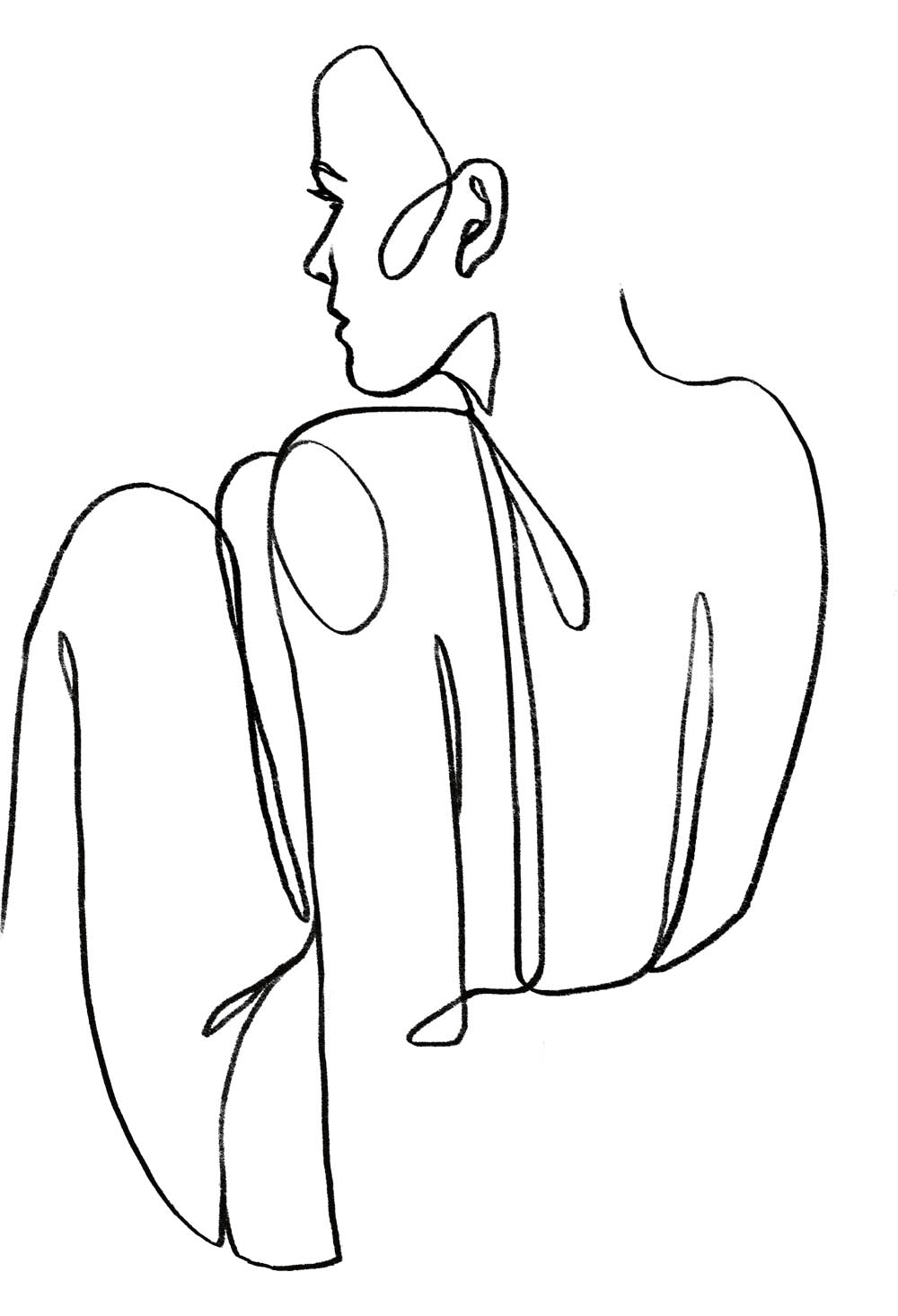 Dr. Mark Griffiths talks about chremastistophilia, which is similar to the above fetish. You know you’ve got this fetish if you like being held up, robbed and otherwise stolen from. This fetish can involve being conned or lied to by one’s lover. In some forms of this fetish, the fetishist gets off from being forced to pay for sexual services — kind of like the opposite of prostitution!

This fetish plays into the idea of being forced to have sex, so it works well with people who like domination and submission or rough sex. In terms of weird fetishes, this one can easily be role played with your man. In fact, some people refer to chremastistophilia role play as the “hold-up” kink. If you’re into this, have your partner force you to fork over money or jewelry in return for sex, especially sex involving edging.

At the end of the day, anything “stolen” from you can be given back, and no one will be the victim. However, you can add a bit of reality if your partner keeps whatever it was that he took from you.

If you find yourself especially turned on by people who enjoy stealing things or forcing you to pay for sex, then your weird fetish might be hybristophila, the fetish for people who have committed crimes. This is especially true of aggravated crimes such as assault, rape, murder and even cannibalism! Some people refer to this as Bonnie and Clyde syndrome. A couple who enjoys committing crimes together might have an amazing sex life — until they’re arrested, that is!

It might be hard to understand why someone would find Charles Manson, the man who is known for starting a cult and killing actress Sharon Tate, attractive, but this fetish explains it. Fetishists of this type may be attracted to someone who commits a certain type of crime. HuffPo has an article about hybristophilia, which explains why people are attracted to serial killers, for example.

There are a number of reasons why this fetish seems so popular, including the idea that the criminal is powerful or fits the “bad boy” image or the idea that the criminal just needs nurturing like a mother’s love. Women who are unable to form healthy love connections are especially likely to obsess over criminals like Manson, and sending their fan letters enables them to continue avoiding healthy attachments.

We could spend all day talking about weird fetishes where people are attracted to things that aren’t just taboo but are normally considered quite disgusting. One of those is eproctophilia, the fetish of another person’s farts. According to one thread on Reddit, even young teenagers experience eproctophilia. One girl wrote about her obsession with “a hot boy ripping some sick farts” and fantasies involving being forced to breathe in another person’s farts.

Most people are attracted to other people, but sometimes that’s not the case. That’s why there’s a word dedicated specifically to people who experience sexual attraction to and arousal by objects. It must be common enough because there’s actually a website dedicated to helping people who experience this fetish. This international community serves to bring together objectophiles from around the world in addition to providing education to the loved ones of people who identify with this fetish. 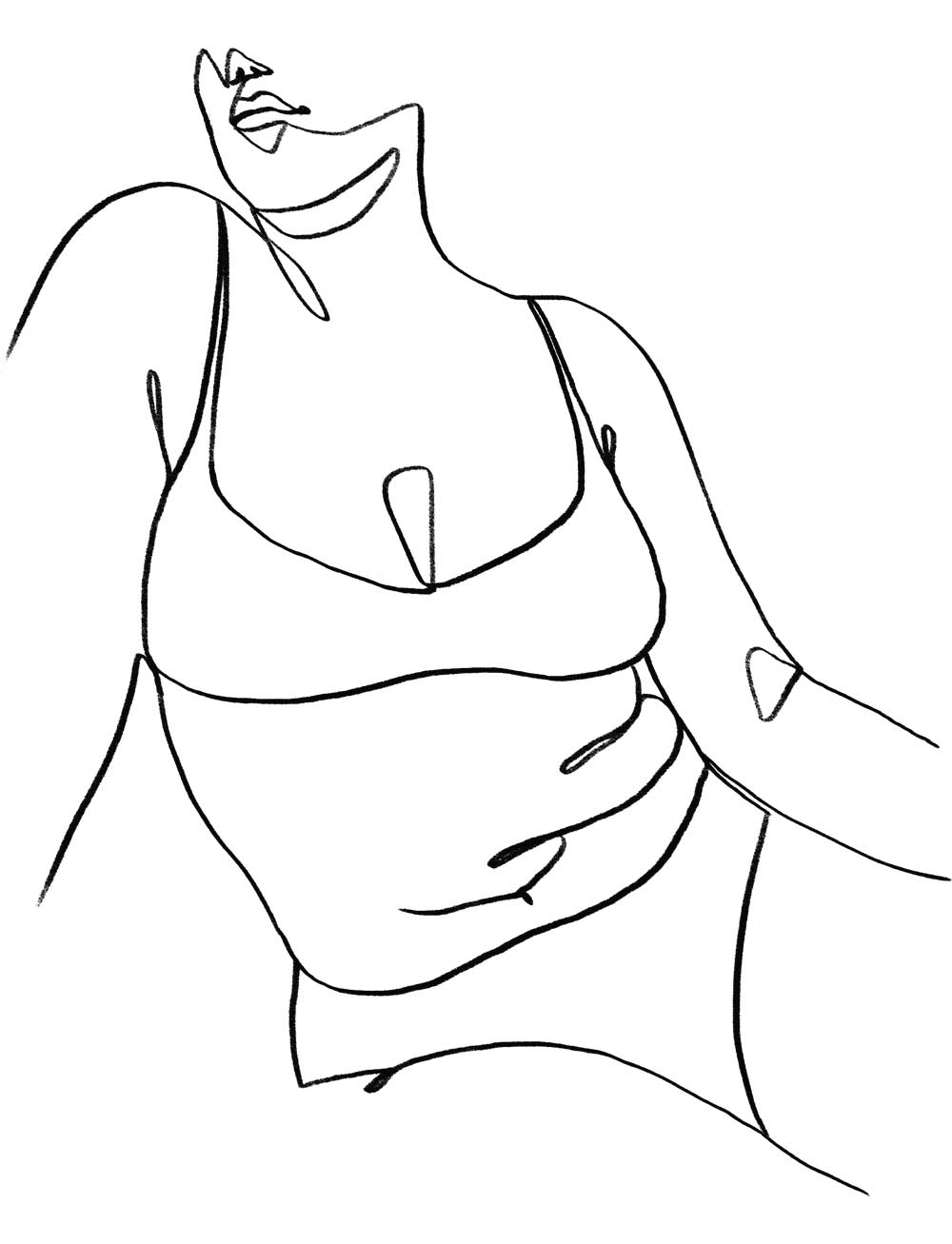 This fetish might just work out for victims of car accidents and military veterans who are missing a limb or another body part. There’s a similar fetish for people who want to be an amputee, but this one is all about loving people who are missing part of their body. In some extreme cases, people will have elective surgery to have part of a body part removed to fulfill their own or their partner’s fetish.

Acrotomophilia often ties in with body integrity identity disorder, or BIID. People who suffer from this condition believe they’d be better off without their limbs, and some people even believe their body parts aren’t their own!

Examples of forniphilia include:

There’s even one particularly striking method where a person gets pierced and strings are strung taught through the piercings to create a human harp!

It would seem that sense of smell is crucial when it comes to arousal and seduction. Let’s hope this young man doesn’t pop a boner when he walks into a stranger’s home and they use the same air freshener! 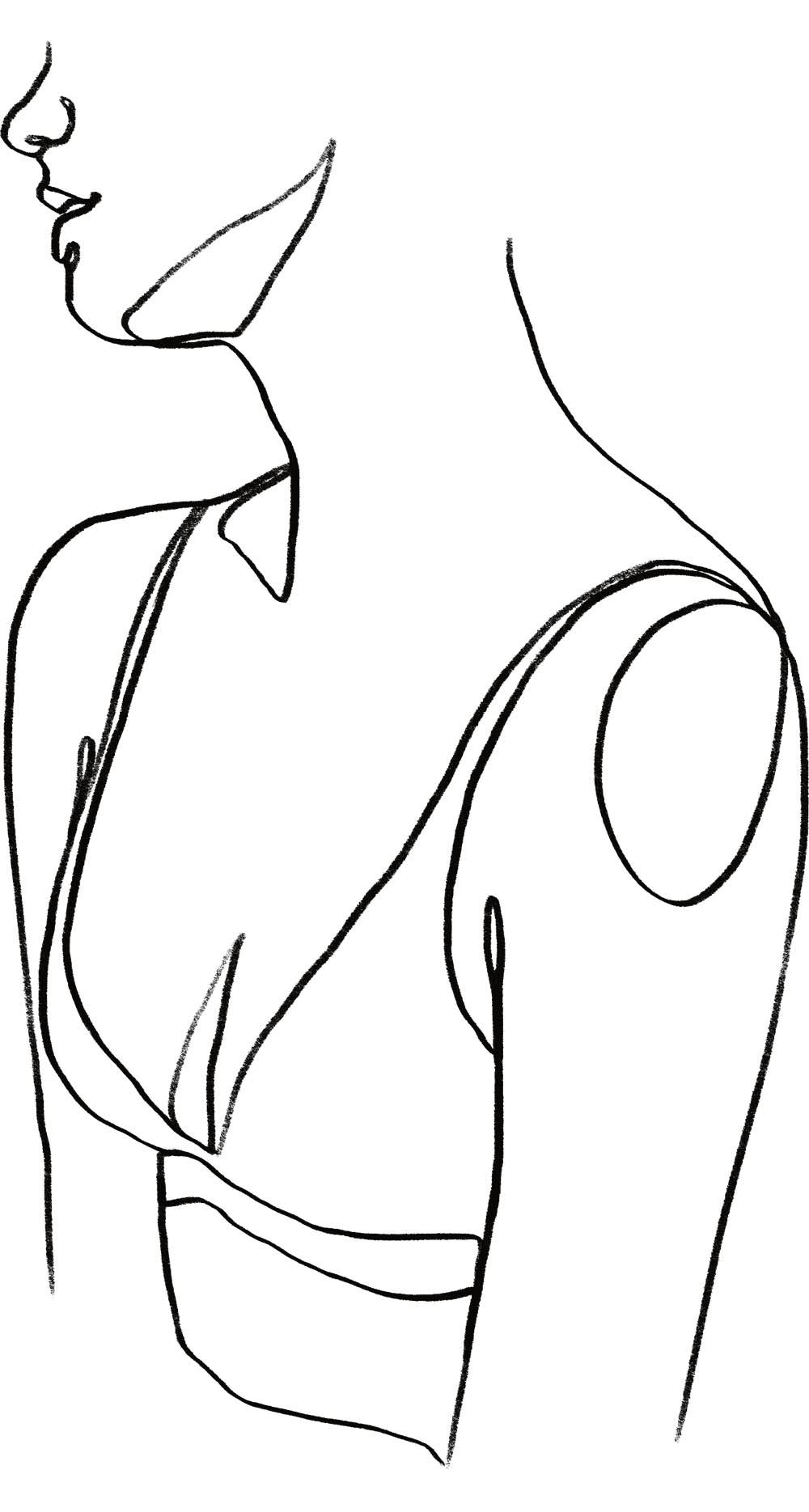 Did you know that you can buy suits that blow up into infltable balls? Did you know that this market exists almost entirely to sate the appetite of people who do this as a fetish? Inflatophilia reminds us that maybe those inflatable sheep are so common not just because people use them as gag gifts and for frat parties — someone might actually be getting it on with Dolly the sheep.

If you were wondering, there’s a similar fetish for balloons! Balloon lovers call themselves “looners.”

Glasses fetishism can extend toward sunglasses and even contact lenses. It seems that the Japanese have especially adopted this fetish. The fetish is alive and well in the United States, too, where one man stole thousands of dollars worth of glasses because of his weird fetish.

A fetish doesn’t necessarily have to be negative or even have a negative impact on a person’s life or sexuality. However, fetishizing a certain aspect of a person and using them solely for sexual gratification is something people should try to stay away from. After all, would you want to be lusted after solely because you’re missing an arm or have a lot of body hair? Fetishes can make some people feel like freaks of nature, even though they are the source of arousal for another person.

If there’s one thing that can be learned from all of these weird fetishes, it might just be that there is usually someone willing to give it a try. Some people even describe their desire to help others fulfill their fetishes as their own fetish!