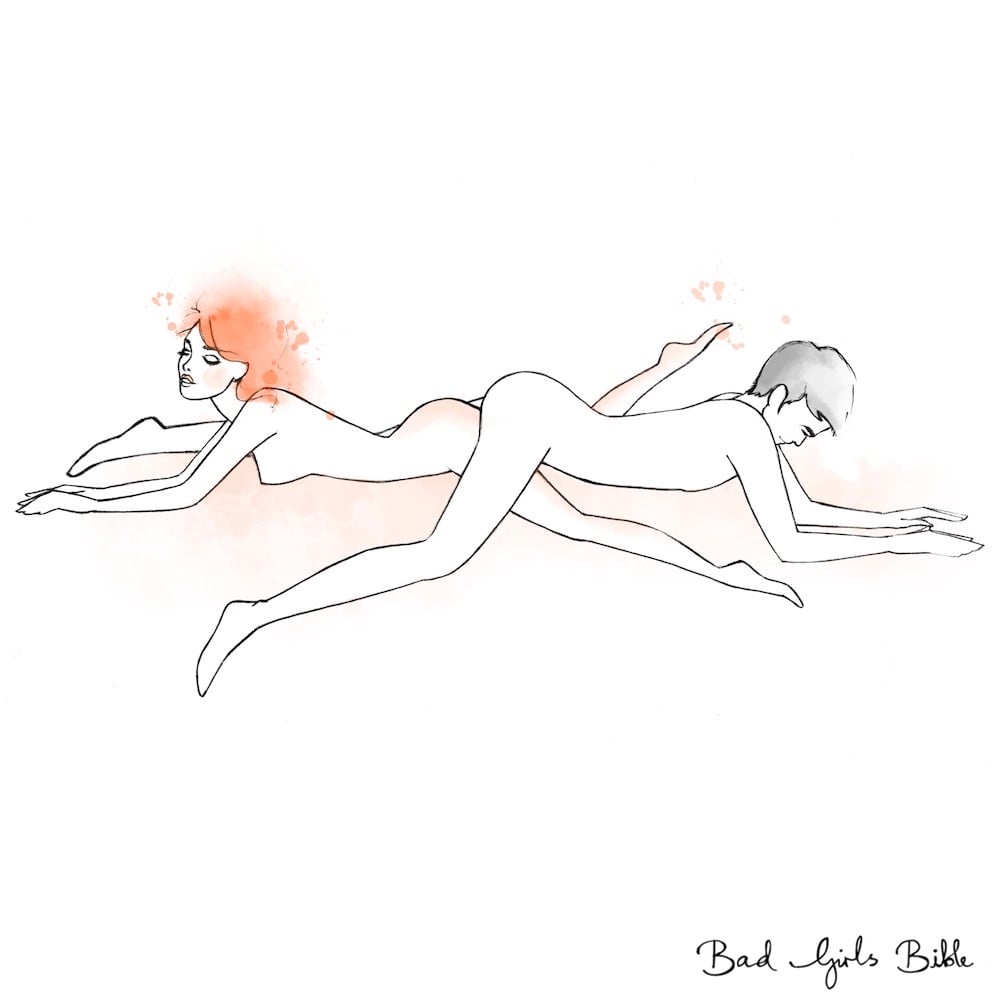 The Helicopter sex position is a very exotic one and is sometimes known as the Bumper Cars position. Even the name is a little ‘out there’. The interesting thing about the Helicopter position is that some consider it to be a complete novelty position while others say that they enjoy it. You’ll have to try it to see if you like it as much as our other unique sex positions.

To perform the Helicopter position, your man is going to first need to check that his penis is flexible enough. If he is standing up straight, then he needs to be able to point it directly downwards towards the ground quite comfortably before even trying the Helicopter.

If your man has enough flexibility, then it’s time to proceed! First, you need to lie down on your stomach on your bed, with your legs straight and open wide. Then your man needs to lie down on his stomach facing in completely the opposite direction with his legs straight and open wide as well. He then needs to reverse back towards you until his thighs are positioned over your thighs and he can pull his penis so that it’s pointing towards your vagina. Then he slowly needs to enter you, making sure not to overstretch his penis.

What The Girl Does In The Helicopter Position

When you are in the Helicopter position, you first need to be very still while your man gets into position and enters you. When he does enter you, you need to stay quite still until he is comfortable thrusting in and out. Once your man is fully comfortable inside you, you can optionally start to gently gyrate your hips.

As this position doesn’t allow for particularly deep penetration, don’t bother doing any thrusting yourself as it will make him slip out far more often. Because of this, it’s not the optimal position for small penis sex, either. More on small penis sex.

What The Guy Does In The Helicopter Position

Your man’s first priority is making sure that he stays safe and doesn’t accidentally hurt himself by straining the suspensory ligaments in his penis. Once he is confident and comfortable, he needs to slowly thrust in and out. And that’s it! He can thrust by either moving his entire body or by just using his hips.

Your man should keep adjusting his position until he finds something that is comfortable for both of you.

Things To Consider When Performing The Helicopter Sex Position

I have been able to talk to a small number of students who have tried the Helicopter position with their man. They gave me some very interesting insights and information that I would like to share with you:

Irish Garden – Similar but your man is facing up. This might be easier for many couples. Tug of Love – The two of you lie on your backs and meet in the center. Sockets – Twist your bodies to either side for a different angle. Scissors – Similar to above, but you’re further upright. Sean’s Thoughts On The Helicopter Position

While some people see the Helicopter position as being quite similar to the Betty Rocker sex position, I don’t. Personally, I hate performing Helicopter aka Bumper Cars with a girl. It’s too uncomfortable, and it’s also not particularly intimate (your face is about 5 feet away from your partners while performing it and you are not even facing each other!).