Ever wondered if your man actually likes going down on you? Or is he just doing it as a favor…or does he feel obligated to do it even though he doesn’t enjoy it? 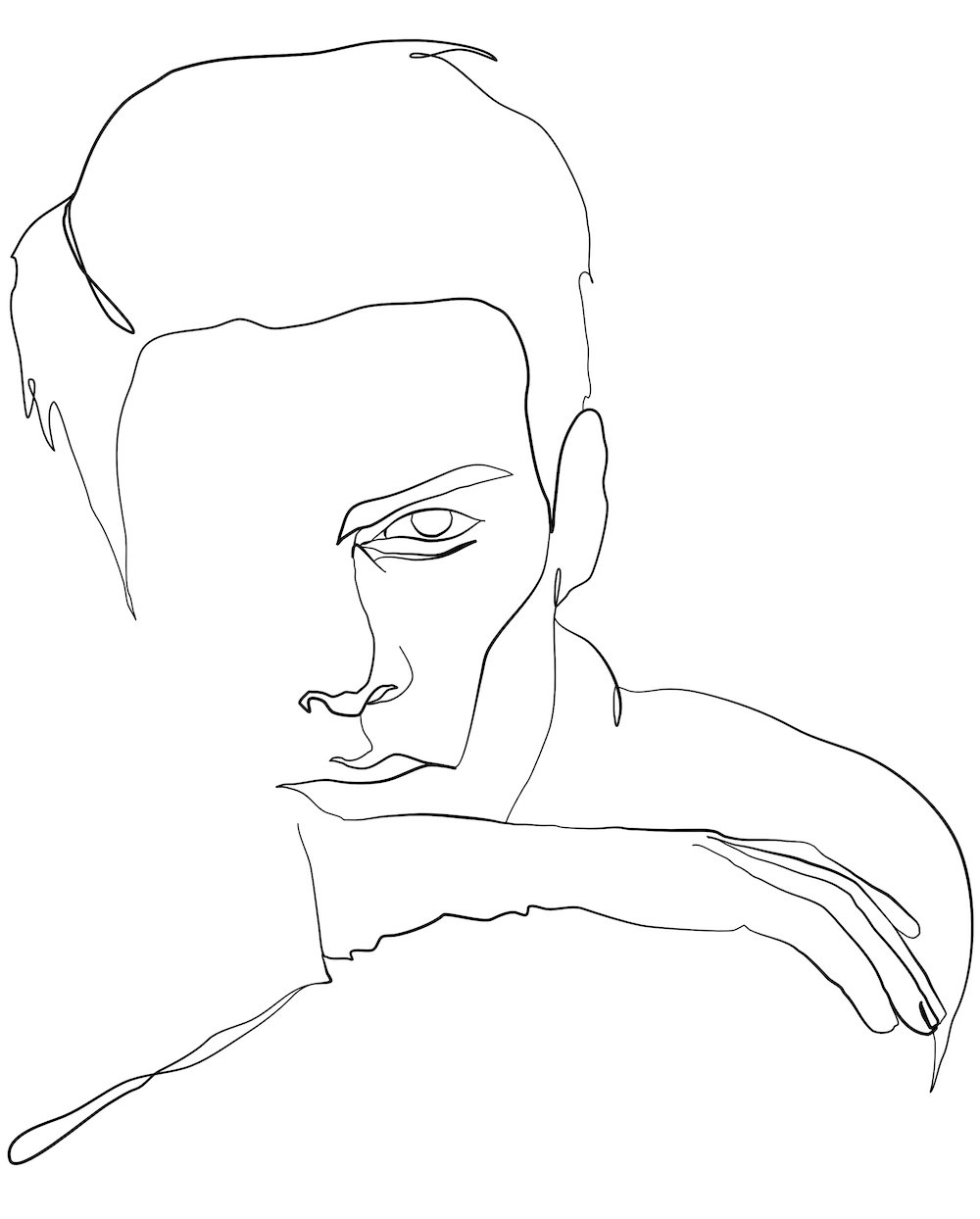 Well, I’m going to show you the 13 signs that he likes going down on you. If he displays any of the following 13 signs, then you can rest assured your man loves eating you out.

1. He Tells You He Enjoys Eating You Out

You pretty much don’t need to keep reading if your partner tells you that he likes eating you out. What more than that do you need?!

If you’re still on the fence, err on the side of believing your partner. According to one study, 52% of men find giving oral sex very pleasurable [1]!

That’s good news, because 90.9% of women like receiving oral.

Another pretty obvious sign he likes going down on you? He asks to do it. This may not always be the case. But chances are, you can tell from his tone of voice if going down does something for him or if he’s just doing it out of obligation. If he can’t seem to get enough of eating you out, it might give him more pleasure than you realize.

3. He Physically Initiates It 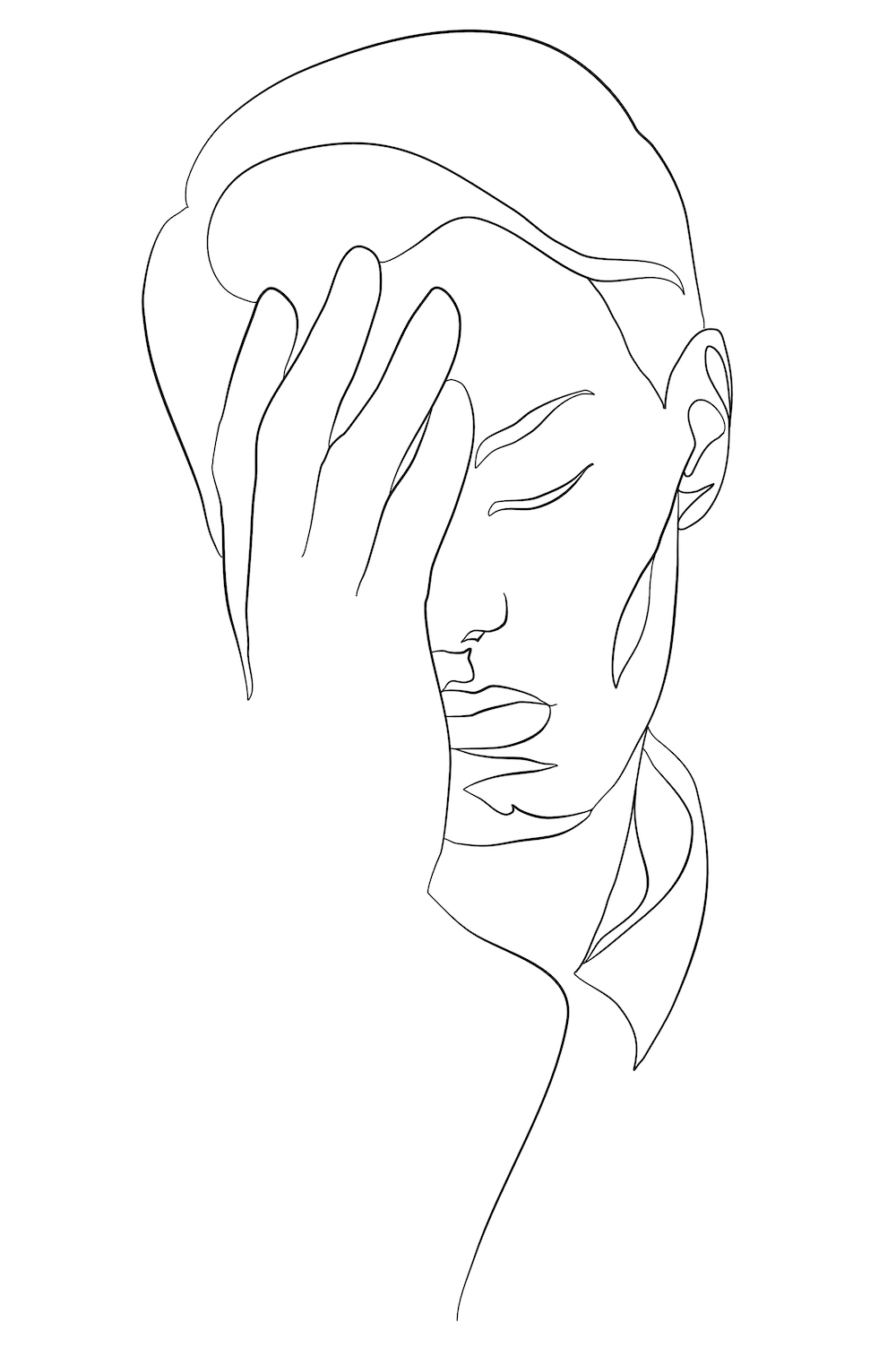 Sometimes body language speaks more than words. Does he spread your thighs and crawl or kneel between them without you even indicating you want it? There’s a good chance you’ve got an oral sex lover on your hands!

Side note: He can learn how to eat pussy like a god

4. It Makes Him Hard

Does going down on you give him a raging hard-on? That’s definitely a good sign!

Now, it’s unlikely that any single thing makes him hard. Often, it’s a mix of activities and sensations. For example, you’re at least partially naked, which is arousing to begin with.

Of course, there’s lot of other ways to make a man hard!

6. He Does It Even When You Have Your Period 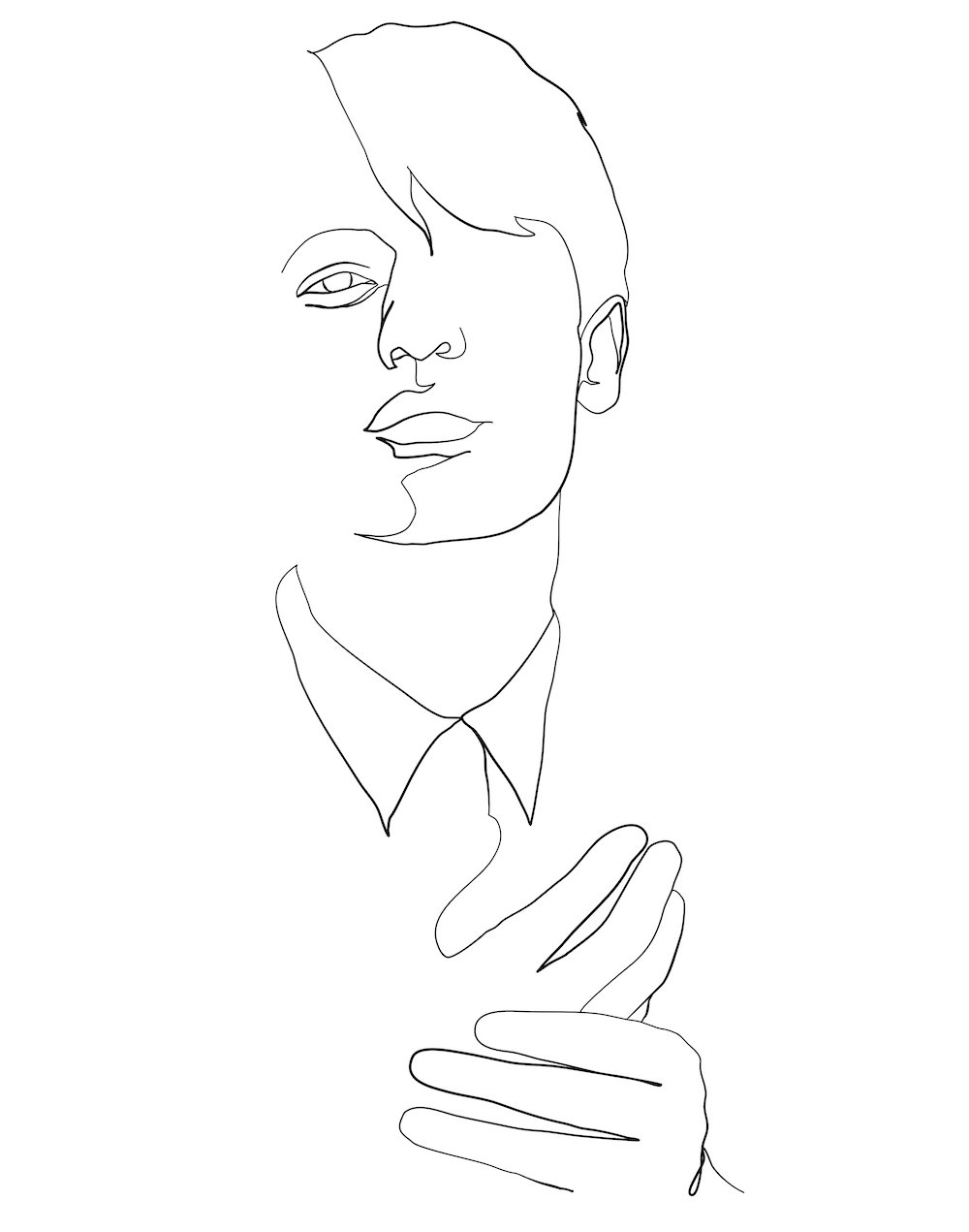 For many people, cunnilingus/sex and periods don’t mix. After all, it can be messy, clumpy, and not smell or taste as good as usual. That’s why it’s such an important sign if your guy goes down on your while you’re on your period.

Psst, you can receive oral while wearing a tampon to help prevent the mess. Similarly, you can expel extra blood with your fingers before sexual activity.

After sex, you might be a bit messy from your fluids and his. But if that doesn’t deter him from licking your clitoris until you scream in pleasure, take note. That’s not super common.

8. He Texts/Calls You About It

Count yourself among the lucky ones if your partner is so turned on by the idea of eating you out in the future or your past sexcapades that he brings it up. It’s a surefire sign he loves going down on you!

You can even use it as part of your dirty talk if you know he loves to eat you out.

9. He Asks How To Be Better

Just because he asks you how he can be a better cunning linguist doesn’t mean that he loves eating your pussy. He might feel like he has to and might as well do a good job of it. But if any of the other items from this list apply to him as well as this one, he may very well like performing oral sex on you.

Asking how to be better for you is one of the sure signs that he enjoys having sex with you.

10. He Moans With Pleasure 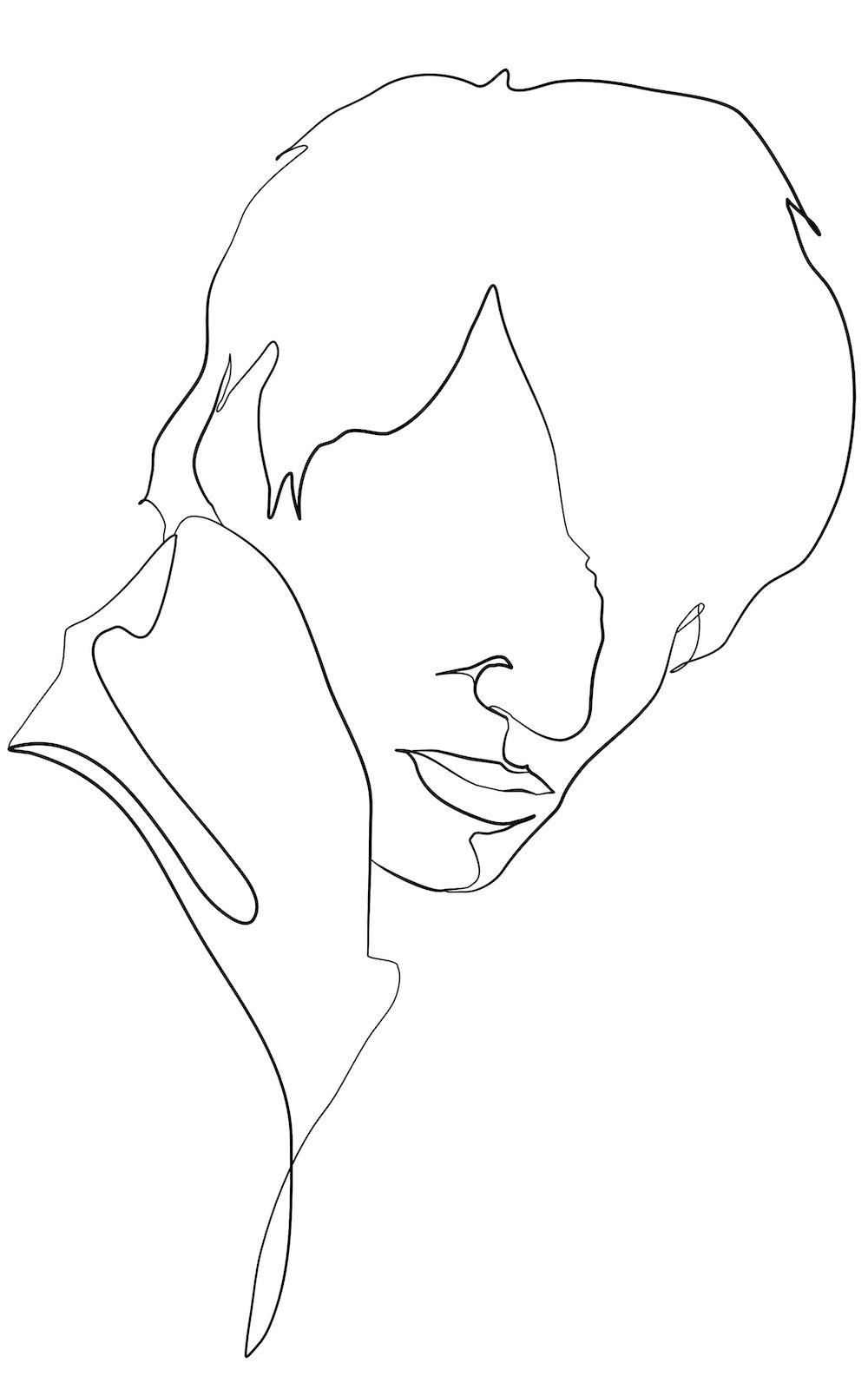 Moaning is an easy way to tell if someone is enjoying themselves in (and sometimes out of) bed. It’s also pretty hot to hear. So if you can feel his moans or even feel them between your legs, he’s probably having a pretty good time down there!

11. He Compliments Your Taste, Smell, or Appearance

There’s something so reassuring when your partner looks up, face slick with your juices, and tells you how good your vagina tastes or smells. Any self-consciousness you may have had melts right away.

Plus, who doesn’t love compliments? Discover what compliments men like.

12. He’s Determined To Pleasure You

Does it seem like it’s his personal goal to give you sexual pleasure? This one’s a little iffy. It might be more about his self-esteem or being in competition with himself than him liking the physical act of giving oral sex. But it could be true that he just loves eating you out.

Hey ladies, check out these 85 oral sex techniques to give any woman powerful orgasms!

13. He Doesn’t Make You Feel Like You Have To Reciprocate

Some people view oral sex as an exchange rather than a selfless, giving act. This is often the case for men when they go down on their partners. They want you to then give them a blow job or have intercourse in exchange.

But a partner who doesn’t expect or doesn’t even let you return the favor really loves making you feel good. This is also one of the 17 signs that he is making love to you instead of just having sex.

Of course, you might enjoy making him feel good just as much, so you should make sure your skills are up to snuff.

Read More: How to Give a Blow Job

What Does It Mean When A Guy Wants To Eat You Out?

The more signs he likes going down on you that you can count, the more likely that he’s definitely interested in pleasuring you with his mouth. But why might that be?

He’s (Sexually) Attracted To You

If he thinks you’re gorgeous, why wouldn’t he want to eat you out?! He may feel lucky just to be in your presence. Here are 11 more signs of sexual attraction.

Most people enjoy giving oral sex because it makes their partner feel good. For these people, it’s not a fetish because they can orgasm without going down on their partners.

Discover: A list of every kink and fetish (there’s well over 200!)

He Wants To Please/Pleasure You

This one’s a no-brainer: he wants you to feel good. Similarly, his willingness to eat you out might please you emotionally, another reason he’s willing to spend time between your legs.

If your man has a submissive nature, he might take extra pleasure in doing your bidding. Check out these ideas to dominate your man.

He Wants To Use It As Foreplay

For many people, they see oral sex as a foreplay technique before penetration. It gets you aroused, which means you’ll be wetter and want penetration more. That penetration will also feel more comfortable when you’re aroused. Hopefully he’s not just eating you out because he thinks he has to before intercourse, but that’s sometimes the case.

He Wants You to Stay with Him, and Stay Faithful

Research suggests that one reason why some men might be more likely to go down on their romantic female partners is to encourage them to stay faithful. Giving oral sex has been identified as a type of “mate-retention behavior” to discourage a partner’s infidelity [2, 3]. Of course, if you ask him, he probably isn’t aware that he’s doing this.

We recently asked 268 women why they cheated: They explained the 23 reasons why women cheat.

Giving you pleasure might be more about his ego than you. One study concluded “that men felt more masculine and reported higher sexual esteem when they imagined that a woman orgasmed during sexual encounters with them” than those who were assigned a thought scenario where their partner didn’t orgasm [4]. That’s a pretty strong reason why men like to eat pussy.

Does It Mean He Loves You If He Goes Down On You?

A common misconception is that if he goes down on you, he loves you. This isn’t always the case, but there are a few reasons why you might think that he loves you if he’s willing to go down on you.

Further reading: Watch out for these 23 signs he only wants sex.

The findings about oral sex and mate-retention mentioned above are another reason why men might be more likely to go down on committed partners. Obviously, cheating isn’t of concern for non-committed sexual relationships. But research shows that these things are complicated.

You need to talk about it – If you want to know whether your partner loves you, your best bet is to talk about it instead of asking yourself, “Does he love me if he goes down on me?”. You could easily draw the wrong conclusion if you’re trying to guess based on his behavior. Whether he goes down on you or not might have nothing to do with his feelings or lack thereof.

P.S. If he’s said he doesn’t want a relationship or anything else that indicates he’s not emotionally available, believe him! Don’t get hung up on a guy who’s only in it for the sex if you want more.

Now you know the signs he likes eating you out. You may recognize some of them from your past sexual encounters, or you might make a point to look for them the next time your partner’s head is between your legs. Rest assured that if your partner says he likes going down on you, he’s telling the truth. You don’t need to feel any guilt when he does it or shame about your body. Instead, just lie back and enjoy it (or take control and sit on his face)!