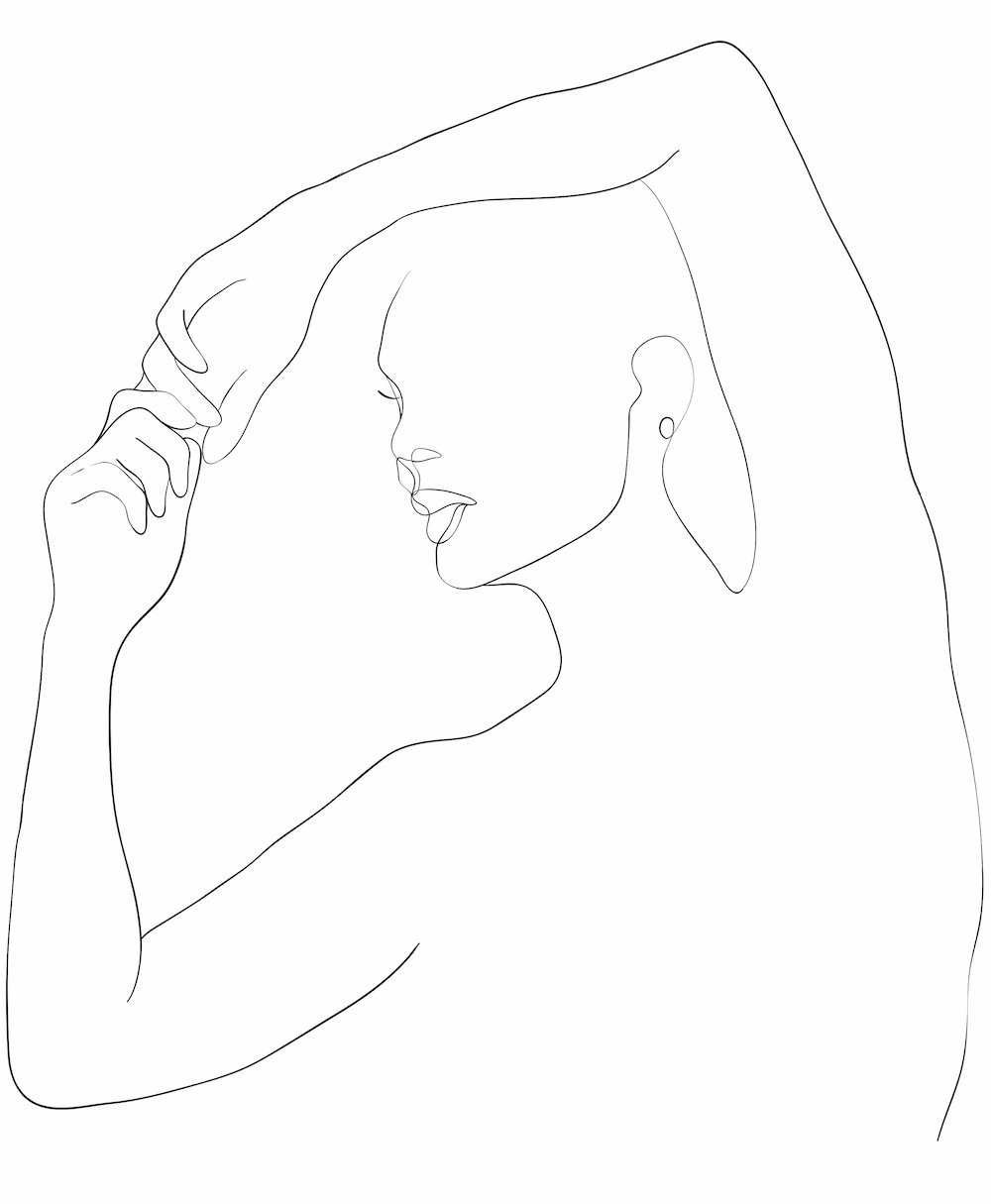 What Is a Brat?

Pushback – To those who aren’t familiar with bratting, interactions between a dominant and bratty sub can seem quite involved. There’s a lot of pushback from the sub. But these exchanges are ultimately fun and not contentious.

These mini-challenges aren’t intended to upset the power dynamic. Instead, they reinforce it and even provide the structure they need and the attention they crave.

For example, bratting can be a way to get a punishment or “funishment” such as a spanking, during which all the dom’s attention is on the sub. A particularly intense punishment may lead the sub to cry, which can be a powerful release. This doesn’t mean that every brat wants physical discipline or gets a release in the same way, of course.

But if this behavior seems mean or unwanted to you, then you might not be one of those who like dealing with bratty submissives.

Why Are Some Subs Bratty (and Why Do Some Doms Like That)? 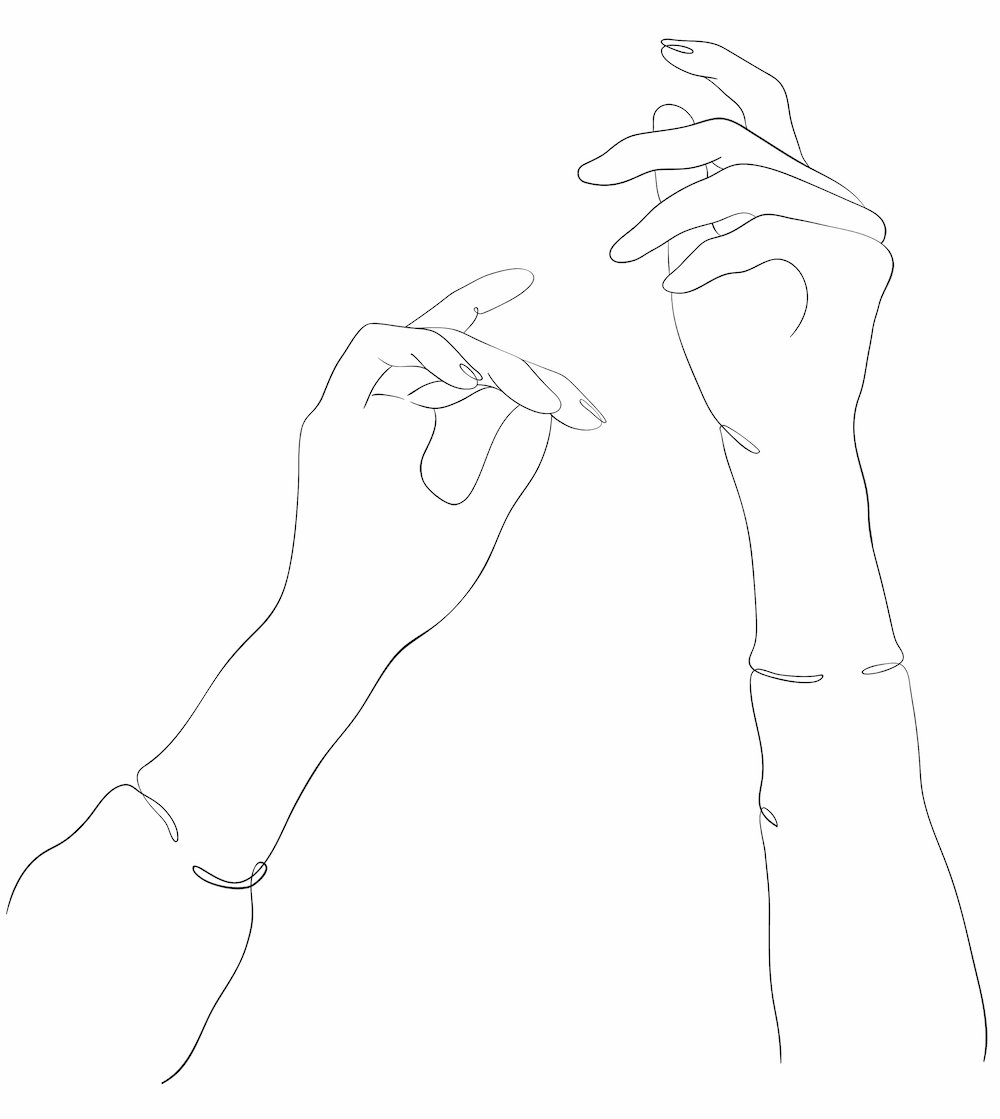 On top of that, being a brat might be one way to test a partner’s commitment and worth. If they remain dominant in the face of bratting, a dominant is trustworthy and loyal.

Read: How to be dominant in the bedroom

Bratting is also a way for submissives to contribute to D/s relationships with their partners. Instead of just doing what you’re told, you can work with your partner to create something together.

However, some subs may find themselves drawn toward brattiness because of their partner’s personality.

Brat tamers – Similarly, some people just seem to gravitate toward brats. These people are often known as brat tamers. This is because they enjoy managing and exerting their will over submissive brats. Other dominants learn to be brat tamers after meeting someone who happens to be a brat.

Still, bratting may not work well in some relationships, so submissives may back off or focus on other styles of submission. In any power exchange relationship, it’s important that both partners agree to the activities and type of play. Because of this, you might choose to let new partners know that you’re a brat before you start playing. 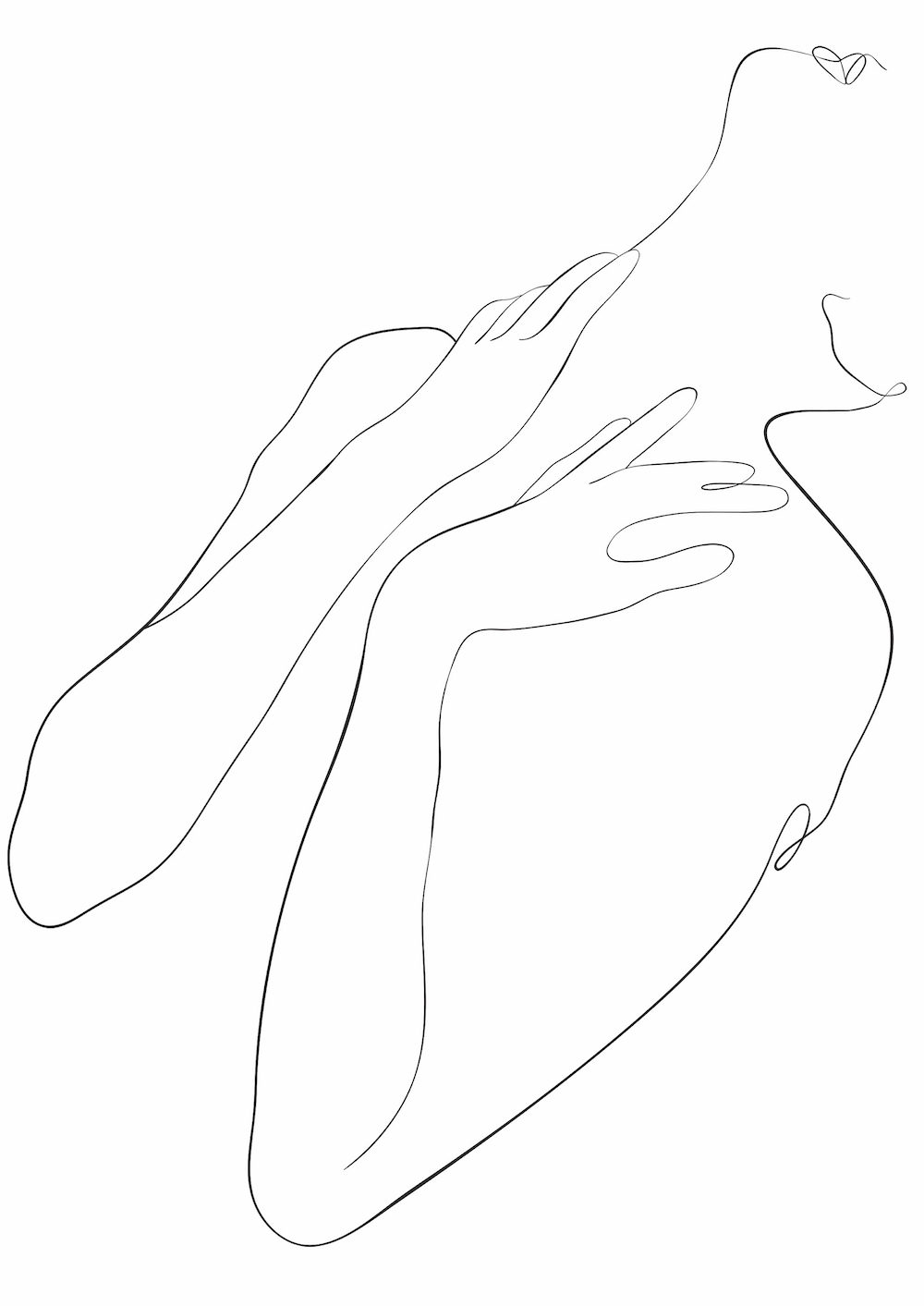 How do you ensure your bratty scene is fun and not annoying?

Read the room – Even if being a brat works well for you, there are times when it may not be appropriate. For example, a formal event isn’t the best time to brat, at least not in an outward way. A brat who knows how to read the room and turn down their brattiness can avoid potentially unwanted situations.

Use voice – Tone of voice is commonly used to show how each partner feels about bratting in the moment. A submissive who is feeling bratty may speak in an antagonistic, energetic, or downright annoying tone of voice. Additionally, saying “Ma’am” repeatedly could start a bratty scene. Imagine how a child might want to get a parent’s attention.

Match their energy – The dom can complement this behavior by asking if the brat is sure they want to talk or act that way or otherwise want to be a brat. Remember, there’s a sense of fun to these interactions. It’s not all that different from the power dynamics that can occur when flirting.

Get on the same page – On the other hand, dominants can use a more severe tone of voice to show that now isn’t the time for bratting or that it won’t be tolerated. And when a sub is truly looking for help or asking questions without intending to be a brat, their tone of voice may change to one that’s less youthful or lower energy.

Figure out the rules – Subs and doms can also explicitly negotiate whether and how much brattiness is allowed, either in general or for specific interactions. During casual scenes between a bottom and top, for instance, bratty behavior may not be permitted, even if the bottom usually identifies as a brat.

Bratting isn’t without limits, either. The sub doesn’t get to hit their dominant in any way or administer punishments. Doing so would upset the power balance and may approach topping from the bottom, which differs from being a bratty submissive.

Because bratty subs crave attention, denying them attention can effectively reel in their brattiness. Making the submissive stand in the corner, for instance, without talking can be a highly effective form of punishment. If the sub breaks the rules, the dom can add time to their discipline.

Timeouts can also work well when the dominant simply doesn’t have the bandwidth to deal with their submissive’s brattiness. The dom can check in periodically, perhaps with a soft caress, to give the submissive the attention they want without having to fully manage the situation. 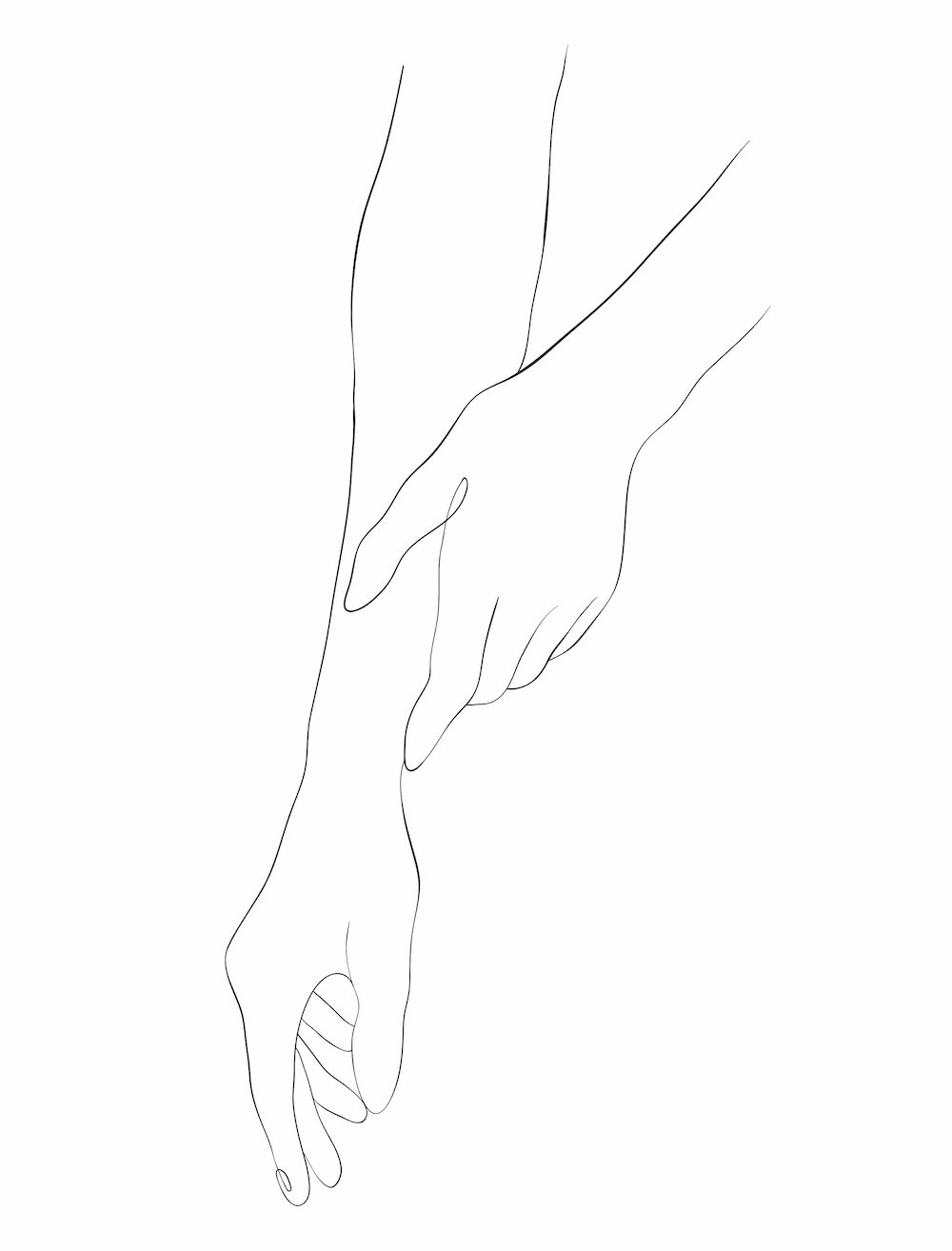 Not everyone understands brats, bratting, or the relationship between dom and brat. Below, you’ll find a few common misconceptions about brats and the type of play they like.

Brats Top from the Bottom (Because They’re Not “Truly” Submissive)

Most notably, the submissive doesn’t actually want to control the scene. So if the dominant or top does give up control, the sub may be confused or even disappointed.

This is because the submissive acts bratty to be reminded of their place. Doing so gives their dominant partner a chance to reassert their control.

Brats and Littles Are the Same

Similarly, while there is overlap between brats and littles, there are also important differences. One of the most important differences is how these subs talk to their dominant partners. A brat may push back in a way that seems rebellious, but a little’s pushback is more likely to be naive, innocent, or even curious.

If a bratty submissive likes or even needs a spanking (or some other common form of punishment), how can you punish them?

Related: How to Spank Your Husband

You’ve got to find what works as punishment for your brat. There’s always something. When someone is bratting, revoking the attention they want is often the key to punishment.

You’ll learn more about brat punishments in just a moment.

You Have to Break a Brat

The idea that any submissive needs to be broken is a dangerous one. It pushes someone past their limits and can do permanent damage.

However, dealing with a bratty sub often requires more flexibility to allow you to grow in a brat dom relationship with someone who can be feisty and impetuous. You may also need to be more creative or switch up punishment for brats as you learn how to dominate a brat.

Ideas for a Bratty Submissive 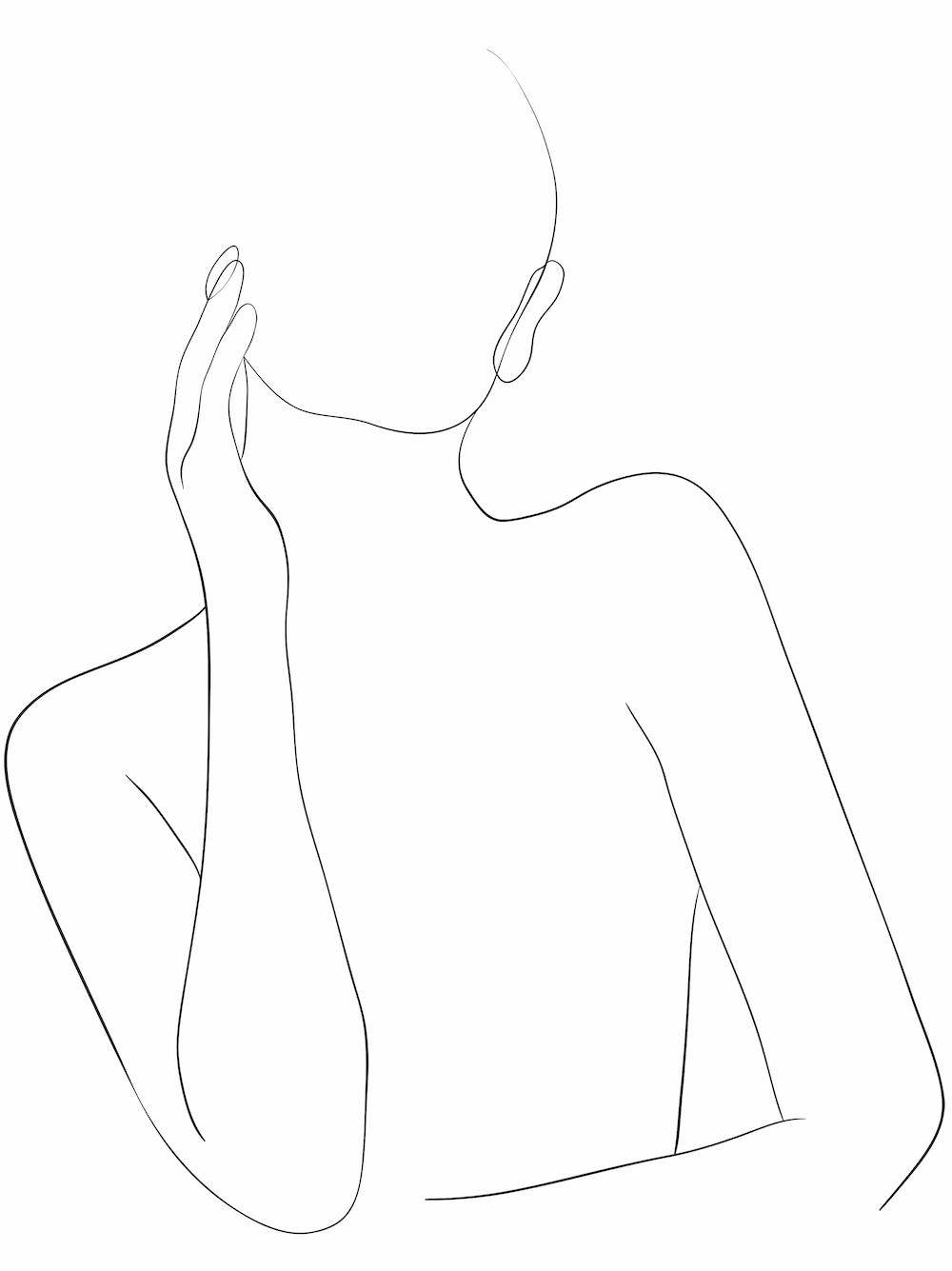 Obviously, you can show your bratty side by saying ‘No” or “I don’t want to” when your dom asks something of you. You can even ignore them outright if doing so isn’t outside of your negotiations with your partner.

However, there are other ways to be bratty and there are many bratty things to say to your dom, some of which are more creative and even more fun than simply disagreeing!

These activities and bratty things to say to a dom are simply suggestions to help you as you learn how to be a brat. Ultimately you will need to come up with your own to suit your personality and relationship.

Brat taming requires you to understand their motivations. You need to know how to encourage the behavior you want and discourage unwanted behavior. If you don’t adjust based on your submissive’s unique personality, they may not respond to your instructions, or your brat punishments may be ineffective.

Because brats push back against their partners, dominants should consider the following questions to understand their brats better.

These questions will point the way to responding to your sub in a way that works for you both. Remember that your brat wants rules, and it’s up to you to set and enforce boundaries. Without boundaries, your rules for your brats are meaningless.

Don’t overreact – Doms need to keep their cool with brats, even when giving out punishments. Remember, bratting is all about play, not real anger. So if you’re not in a frame of mind where you can control yourself, respect safe words, or manage your bratty sub healthily, reconsider brat play for the moment.

Essentially, a good brat tamer has as much control over themselves as they do their bratty partner!

Brat taming isn’t for everyone – And if you prefer being strict or having a sub that doesn’t resist, brat taming may not be for you at all. Fortunately, there are plenty of things to try if brat kink isn’t for you.

You also can’t incorporate physical struggles into texting very easily, and enforcing brat submission guidelines from afar can be difficult.

First up, some ideas on how to be a brat over text.

We couldn’t let you go without some advice for dealing with a brat over text, now could we?

Related: How to Be Dominant Over Text

Escalating from texting to a phone, Skype, or FaceTime call is also a great way to let a brat know when they’ve crossed a line and can expect to be punished.

One tool that doms can use when texting with brats is the threat of showing up in person to enact punishment. A simple “I’m getting to the car, and your ass better be ready” can strike arousal, fear, and excitement into a brat’s heart, especially if they know you’ll come through on your word.

Technology such as smart toys or chastity devices that can be used long-distance also give you more options for punishing your brat. You can also give assignments to your brat, which taps into their submissive nature and gives them the attention they crave.