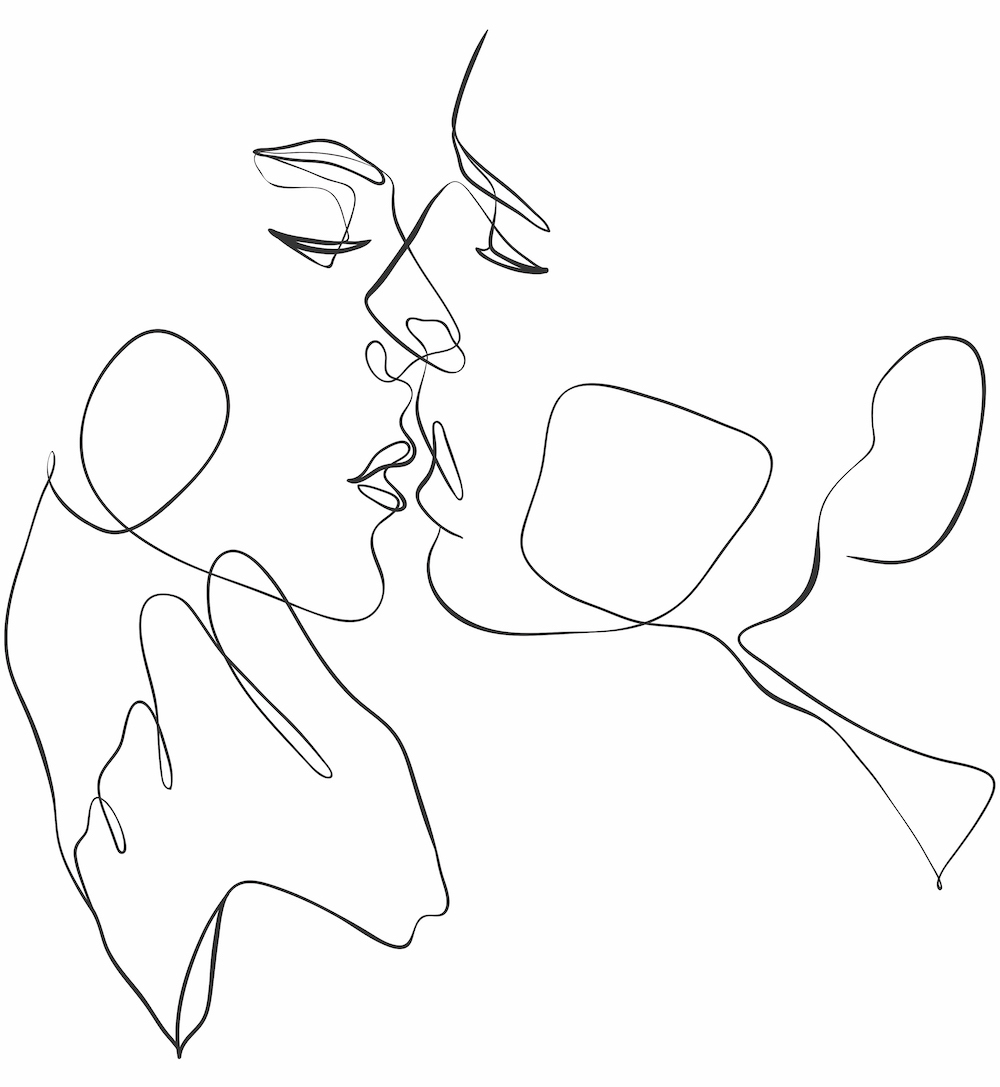 What Is the Meaning of Dom in D/s?

A Dom or Dominant is someone who fulfills the dominant role in a kinky and/or sexual relationship.

The dominant role may seem like an easy one, especially if the image you picture in your mind is of someone who constantly receives sexual favors when they demand them. Yet, the role has many responsibilities in and out of scenes (scenes are the specific times you engage in D/s behavior).

It’s easy to see why a good Dom doesn’t take the role lightly–and how the role can be quite demanding!

The Dominant must be responsible for their own actions and not take advantage of the power given to them by the sub. Doing so could result in physical and emotional harm. A Dom that cannot prove themselves trustworthy, worthy of respect, and capable is unlikely to find (m)any people willing to submit to them.

The submissive or sub is someone who consensually gives power to their dominant partner. It may only be for a scene or part of the overall relationship dynamic.

A submissive doesn’t just take pain and do what they’re told mindlessly. They’re not spineless or weak. In fact, submitting takes a fair bit of strength as you’re about to read. Here’s a quick overview on how to be a good sub:

It’s easy to see how a Dom and sub have a symbiotic relationship. When the Dominant is trustworthy, their partner can submit and be vulnerable. The care a Dom provides encourages their partner to be the best submissive they can be.

By getting to know themselves, being honest and open, communicating effectively, and feeling free to use their safe word when necessary, the sub makes the Dom’s job a bit easier. Plus, the sub may follow orders to perform tasks such as cleaning and checking tools for safety that sets up a safe and fun scene.

What Is a Switch?

When it comes to D/s, people don’t only have binary roles of either dominant vs submissive. Aside from Dom and sub, you might sometimes hear the word “switch.” A switch means someone who can play either role, although they may prefer one over the other.

The role a switch plays often depends on the role their partner prefers or identifies with. During play, a switch usually still goes with a dominant or submissive name or title such as “Mistress” or “Sir.”

A Quick Note on Specific Arrangements

For example, a couple only interacting in a scene, such as at a play party, might describe themselves as Top or bottom instead of Dominant and submissive. These words can also be used to describe playing the roles–topping and bottoming.

On top of that, some people engage in total power exchange relationships (TPE), where the roles never end. Because of this, there are sometimes known as 24/7 relationships.

Ideas for Dominants and Submissive Behavior

You saw some general examples of what dom and sub mean above. A lot activities fit into overall categories. But like any relationship, whether it’s romantic, sexual, kinky, or a mix of the above, the specifics aren’t always the same. It’s up to you to give your relationship meaning.

Psst, read this if you’re wondering what kinky means.

But if you want some more specific examples, keep reading. 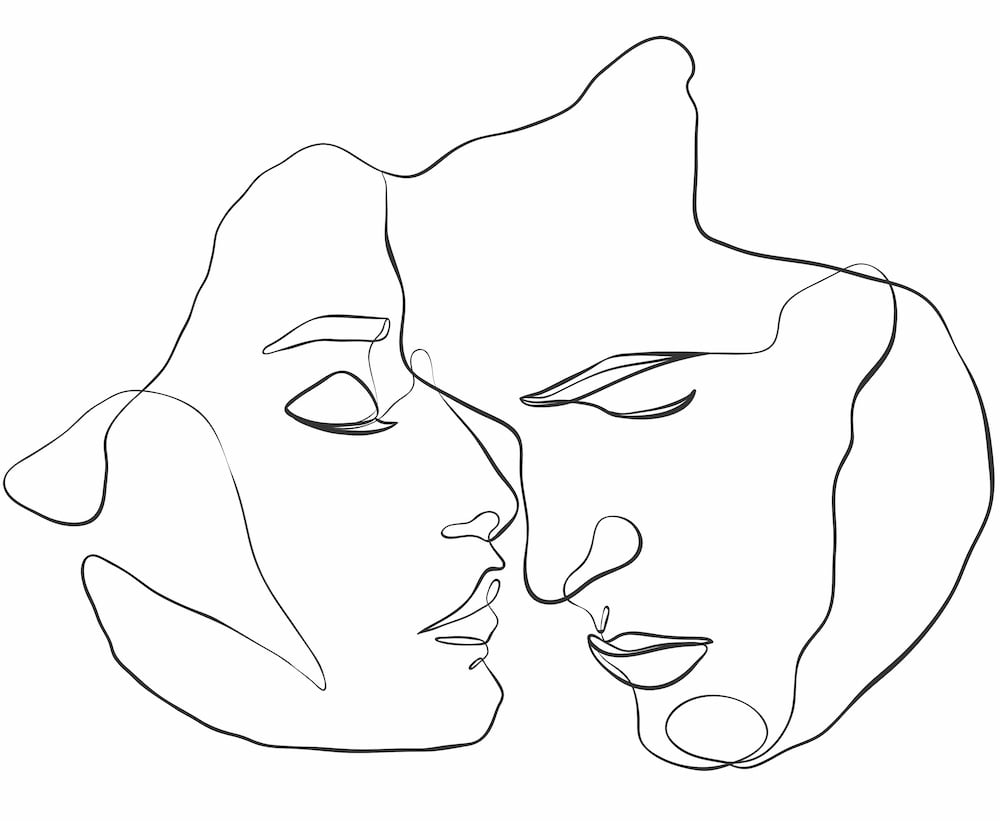 You might better understand the meaning of dom with the examples of dominant and submissive behaviors below.

It’s often easy to tell who’s the Dom because of what they do in the bedroom. Their responsibilities could include placing someone in breast bondage or other bondage and inflicting pain through acts such as swinging a flogger.

As a Dom, you may give verbal commands such as “Don’t come yet” or “Make me come” and may use dirty talk that references what you’re doing to your partner.

Nonsexual dominant behavior can include telling your partner what to wear or checking over homework or tasks.

Related: How to Dress Sexy for Your Partner

You may need to create a safe place for your sub to express themselves and their feelings about everything from their work or school life to your relationship. Some Dominants instruct their partners to write about their feelings in a journal or even sit in their laps while talking about these things.

As a Dominant, you’ll likely expect your submissive to be sexually available and may require them to be naked. This gives you access to torture them or even tease them, perhaps by briefly stimulating them orally or pinching a nipple as you pass in the hallway.

Related: How to tease your boyfriend

Now that you understand what sub means sexually, you might want a few examples of submission or submissive behavior. Fortunately, we’ve got you covered with the ideas below!

You can probably imagine a few ways of being submissive in the bedroom. First up, you can let yourself be tied up, wear a blindfold, and accept a spanking or other impact play.

Read More: How to Spank Your Husband

There are plenty of ways for a sub to show respect and subservience that aren’t sexual and won’t out you to others. For example, you could walk behind your dominant or keep your eyes lowered when speaking or call your Dom “Sir” or “Ma’am.”

Taking care of the cooking and cleaning in the home can also be a way you submit to your partner.

Get more examples in our guide to submissive tasks.

The submissive may wear something sexy or nothing at all at home with the Dominant.

The sub may wear a butt plug, Kegel exerciser, or chastity device throughout the day.

Not everyone uses sexual dominance in their daily lives, however. It’s all about what your D/s relationship means to you and your partner. So, think about how you can add dominance and submission to your life in a way that works for you.

FAQ #1 – Is the man always supposed to be the dominant?

Not necessarily. It may be more common for men to be doms and women to be submissive to them, but that’s not the only option. In fact, some people might try to fit into the roles that society encourages but find it’s a poor fit.

Many women feel dominant and many men identify as subs. Of course, if you’re in a same-sex relationship, this idea doesn’t really apply, either. On top of that, some people are switches who can play both roles.

It’s more important to find what works for you and your partner. Sometimes that may mean playing a role in the bedroom opposite your everyday personality because you need a break.

FAQ #2 – Is a person’s Dom/sub persona the same as their everyday personality?

As we already alluded to, just because someone appears to have a dominant or submissive personality in everyday life doesn’t mean they’re the same way when it comes to the bedroom or kink.

For some people who have a lot of responsibility at work or in the home, subbing means they get a break and can relax. Others enjoy taking control of their partner because they don’t feel like they have a lot of power the rest of the time.

Discover: How to dominate in the bedroom even if you’re nervous.

No. For some people Dom/sub relationships are sexual. They can evolve out of an existing romantic relationship. Or you might be romantically involved with someone you’re kinky with.

Related: How to have romantic sex

But that’s not always the case. While some people blend sex and kink, you can have a kinky scene without overt sexuality.

Because of this, some people can engage in Dom/sub play with people they’re not sexually attracted to. For example, a straight man can dominate another man if their scenes aren’t sexual.

Finally, if your D/s play doesn’t involve sex, you may play with other people even if you’re in a monogamous relationship.

These boundaries all depend greatly on your personal preferences and comfort. As long as your arrangement works for you and your partner, enjoy!

FAQ # 4 – Do you always have to be dominant or submissive?

Nope! When someone is sometimes a Dom and other times a sub, they’re known as a switch. Often, this depends on who they’re playing with, including gender or their preferred role. Some switches prefer one role over the other, but that’s not always the case.

Absolutely! If you’re only interested in the power exchange element, you don’t have to incorporate bondage, discipline, and sadism or masochism. However, these elements all go well together.

So there you have it, you understand what Dom/sub means and how it varies based on your personality and partner. But it’s up to you if you want to give it a try!

The Truth About Open Relationships: How To, Rules, Do’s & Don’ts & FAQ
21 Crystal Clear Signs He Enjoys Sex With You (Subtle & Obvious Signs)